Which Virginia legislators have the largest and smallest securities portfolios, and what’s in them? See below for a new graphic from VPAP which answers this question. 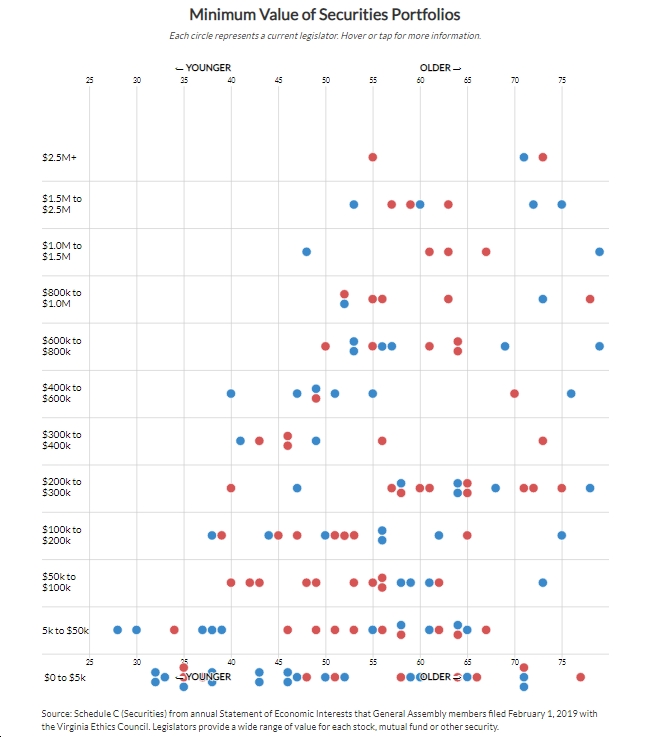 And what do the legislators own? See the Legislator Stock Holdings graphic, below.

Some random observations from the VPAP graphic: 1) Dems seem to love holding Apple and Microsoft stock, 2) Republicans seem to love holding Dominion stock (which is, of course, a MASSIVE conflict of interest, given that Dominion is a theoretically STATE-REGULATED MONOPOLY, with a huge amount of business before the very legislators who own lots of Dominion stock; can we say “the Virginia Way?”), 3) seven legislators – Delegates Reid, Bell, Sullivan, Keam, Peace, Webert, Robinson) own stock in Amazon, which just concluded a huge deal with Virginia. What else jumps out at you? 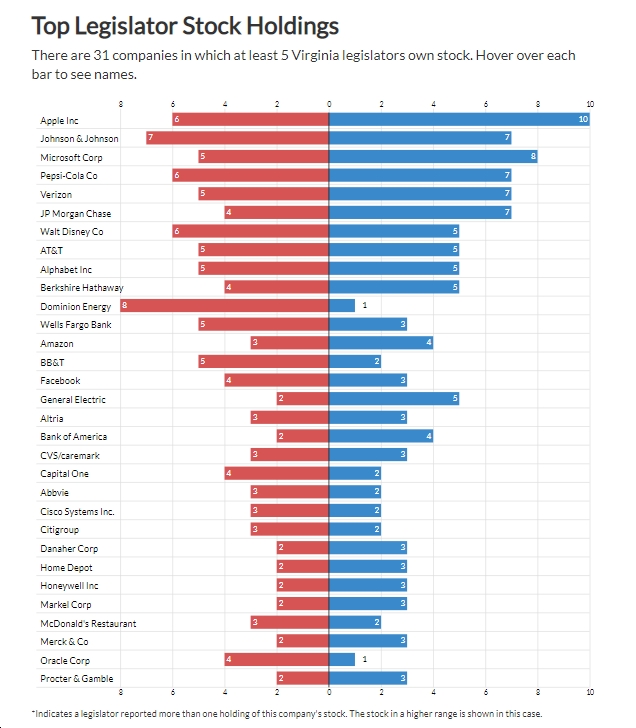