Good analysis by Chaz Nuttycombe on HD66, which is the district currently (mis)represented by Virginia House Speaker Kirk Cox (R). Fortunately, there’s a real, serious chance for Democrats to defeat Cox this November in a district that went by 14 points for Tim Kaine over Corey Stewart last year, and by 5 points for Ralph Northam over Ed Gillespie in 2017. As Chaz notes, even WITH a fundraising advantage for Cox, in this increasingly diverse, “blue” district, Cox “might not be able to buy a victory.” But boy, does that guy need to lose – and boy does Democrat Sheila Bynum-Coleman need to win! To see how bad Cox is, check out his ratings, courtesy of Project Vote Smart, such as his string of ZEROES on women’s reproductive freedom, his godawful record on LGBTQ equality, his 100% rating from the far-right “Family Foundation,” his godawful ratings by labor groups, etc. Oh, and as an added “bonus” for why Cox needs to lose, check out
After Danica Roem’s win, Virginia GOP leader wants to end gendered titles. So yeah, go Sheila Bynum-Coleman; let’s help her win this thing! 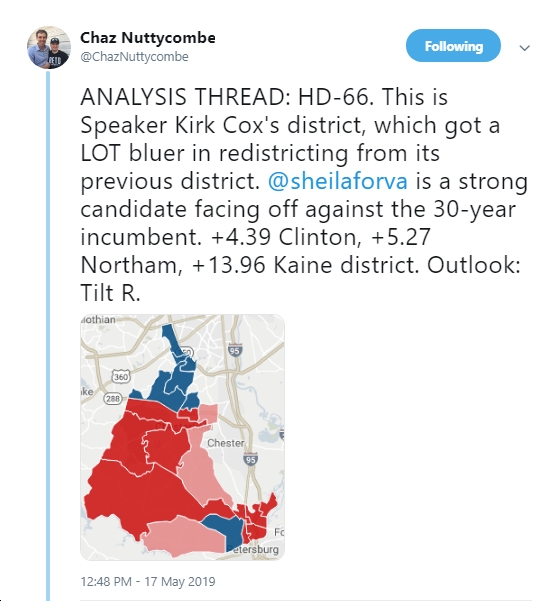 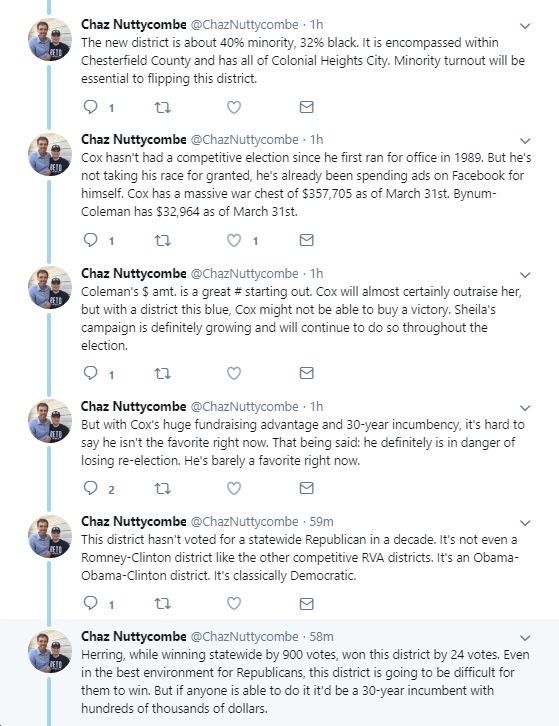