Check out the following press release from Loudoun County Sheriff Democratic candidate Justin Hannah, as well as the Facebook post by his campaign manager, Bryan Estey. I haven’t had a lot of time to focus on Sheriff’s races in general, but I’m hoping to have a chance to chat with Justin Hannah at some point prior to the Democratic primary on June 11. As for Hannah’s opponent, Chris Harmison, I almost never link to “The Bull Elephant,” let alone to far-right-wing Republican Sen. Dick Black, but Black recently wrote:

“Harmison has been a member of the Loudoun County Republican Committee for years.  Without taking the honorable step of resigning from the LCRC, Harmison registered to run as a Democrat and immediately courted the support of Democrat Board Chair Randall and Leesburg Mayor Burke.”

That’s…interesting, let’s just say. And yes, we should take everything Black says with a huge pillar of salt, but there’s no question that Harmison has been a Republican in the past. Which could be ok, as long as he’s really, sincerely moved towards the values of the Democratic Party and away from those of the Republican Party. The question in this case is whether he has or not. 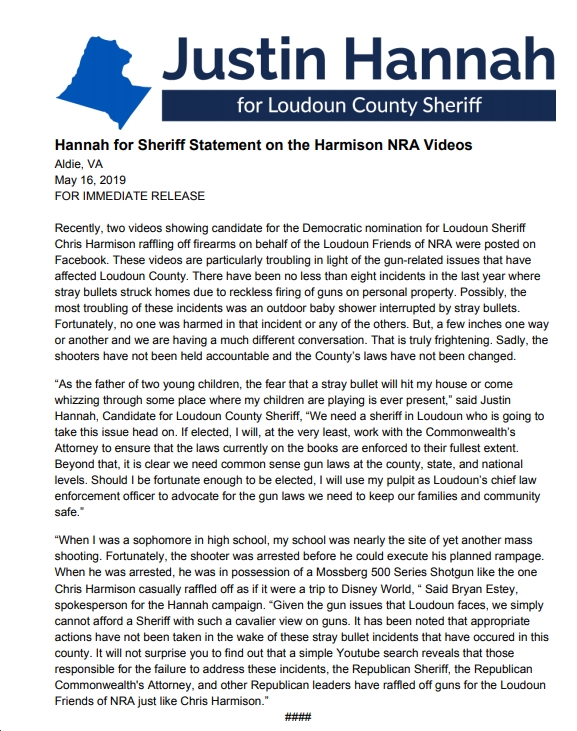