I agree with this analysis (see below): after a terrible few months, beginning in February, Chaz Nuttycombe writes that, after looking at the latest campaign finance reports, “the tide seems to have turned in Democrats’ favor now,” as “people have seemed to have moved on from the scandals, but because of the recent abortion bans in states getting Democrats pissed off and paying attention.” And, Chaz adds – and I agree – “it will only get much, much worse for the VA GOP when they kill every single piece of gun reform legislation in the upcoming special session in the wake of the Virginia Beach shooting.” So…expect a lot more ranting and raving by Republicans about non-existent “infanticide” and other made-up/crazy non-issues, while Democrats focus on actually making Virginians’ lives better. The choice between these two parties couldn’t be greater, or clearer: this November, vote Democratic up and down the ballot! 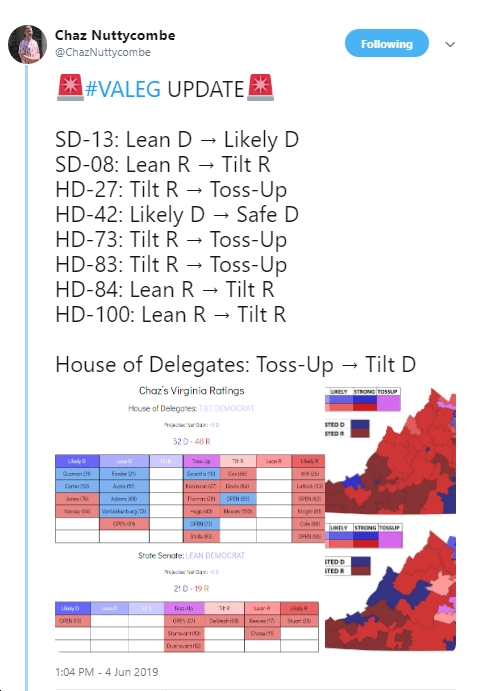 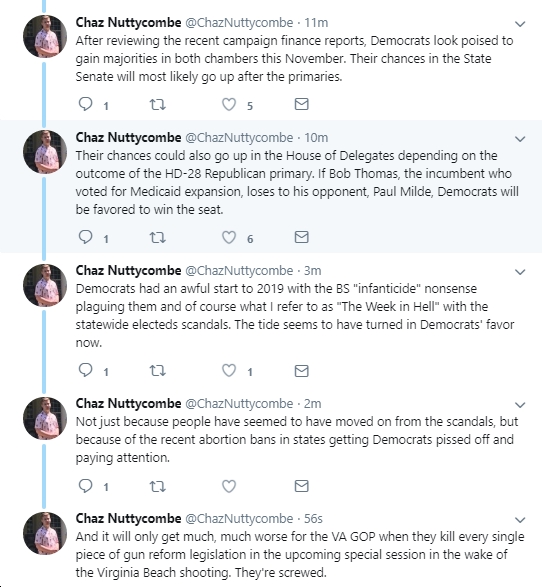