Over at “Virginia’s Conservative Voice,” Bearing Drift, Stephen Spiker has an excellent analysis on “How Vulnerable are Northam-won GOP Districts?” I definitely recommend everyone check it out.

The bottom line is clear: “Turnout is the $64,000 question for 2019. We know that turnout for an off-off cycle will be lower. What we don’t know is how low, and more importantly, who will that help?” For instance, “if lower turnout in 2019 provides even just half the advantage it provided Republicans from 2013 to 2015, then Republicans increase their advantage in the House.”

Of course, as Spiker correctly notes, “There are a dozen different ways you can crunch these numbers, and a dozen different reasons why this analysis is surface-level.” Still, voter turnout is an enormously important variable, one I’d argue is FAR more important than gerrymandered districts (don’t believe that? check out the House of Delegates results from the lackluster 2013 gubernatorial election year, when Democrats gained no seats at all, and compare to the huge “blue wave” of the 2017 gubernatorial election year, when Democrats gained 15 seats…and note that both of those elections occurred under the same House of Delegates district lines, so the main thing that changed was turnout).

Anyway, the Bearing Drift piece motivated me to gather some voter turnout numbers from several of Virginia’s most populous cities and counties. I might add more later, but this is a VERY time-consuming process, as it’s not “one-stop shopping” on the State Board of Elections website for this data. Instead, one has to look at individual jurisdictions’ election websites, and those are not always complete. So anyway, a few hours of work led to the following graphics and writeup. See below each graphic for a few highlights that jumped out at me. 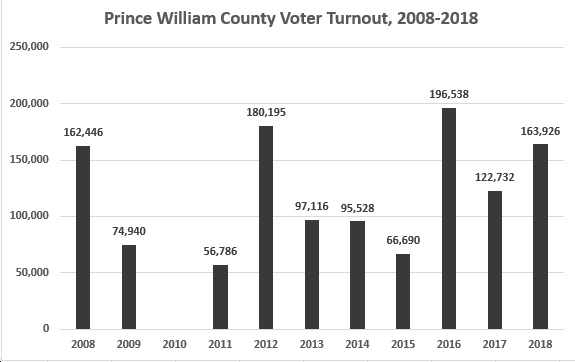 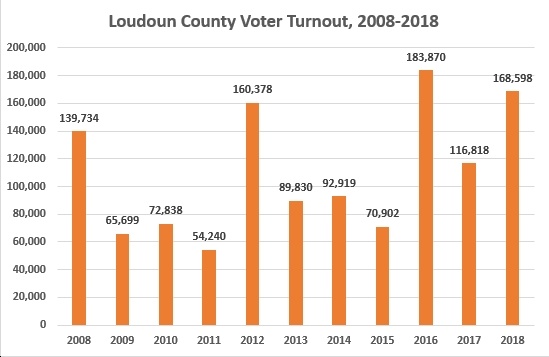 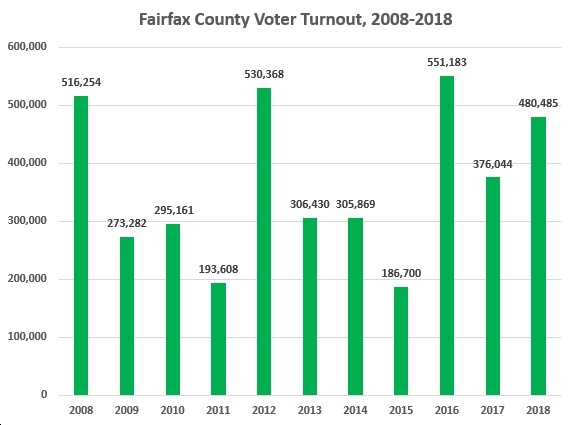 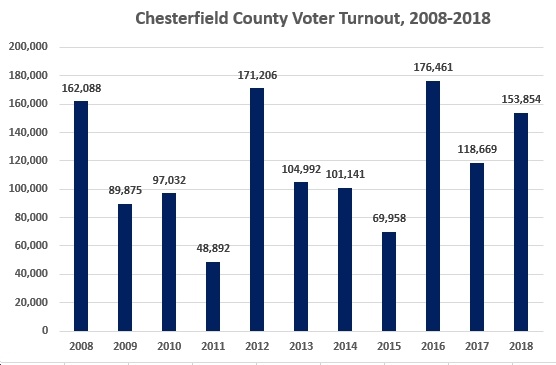 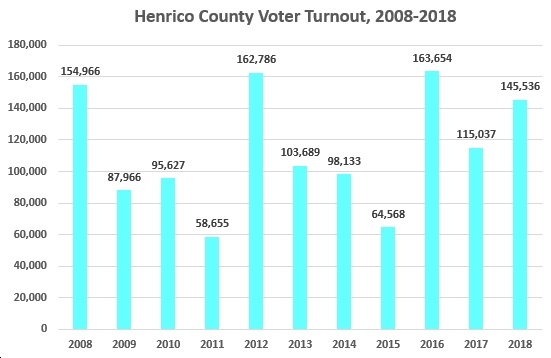 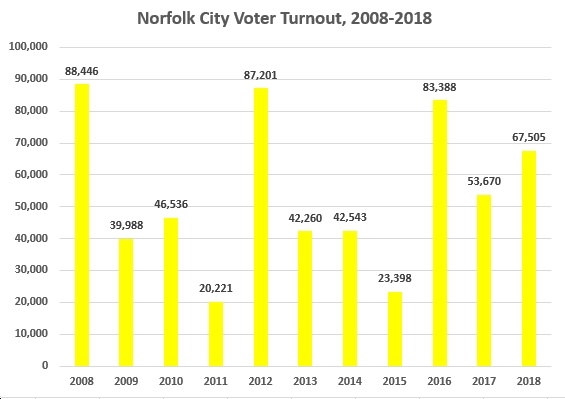 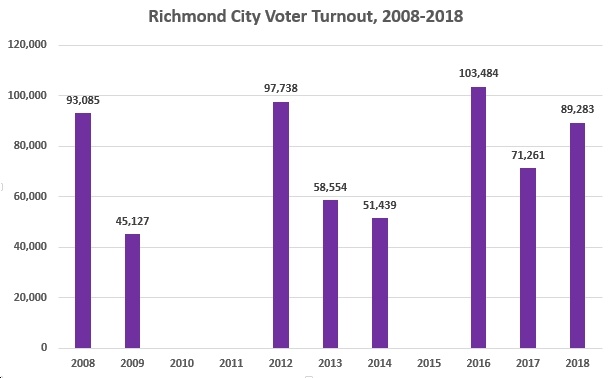 P.S. On a related note, see Cindy’s excellent article, The Best Thing You Can Do to Defeat Trump in 2020 is to Help Virginia Win in 2019. Also, of course, make sure you donate to Democratic candidates, phone bank, canvass, etc., etc.