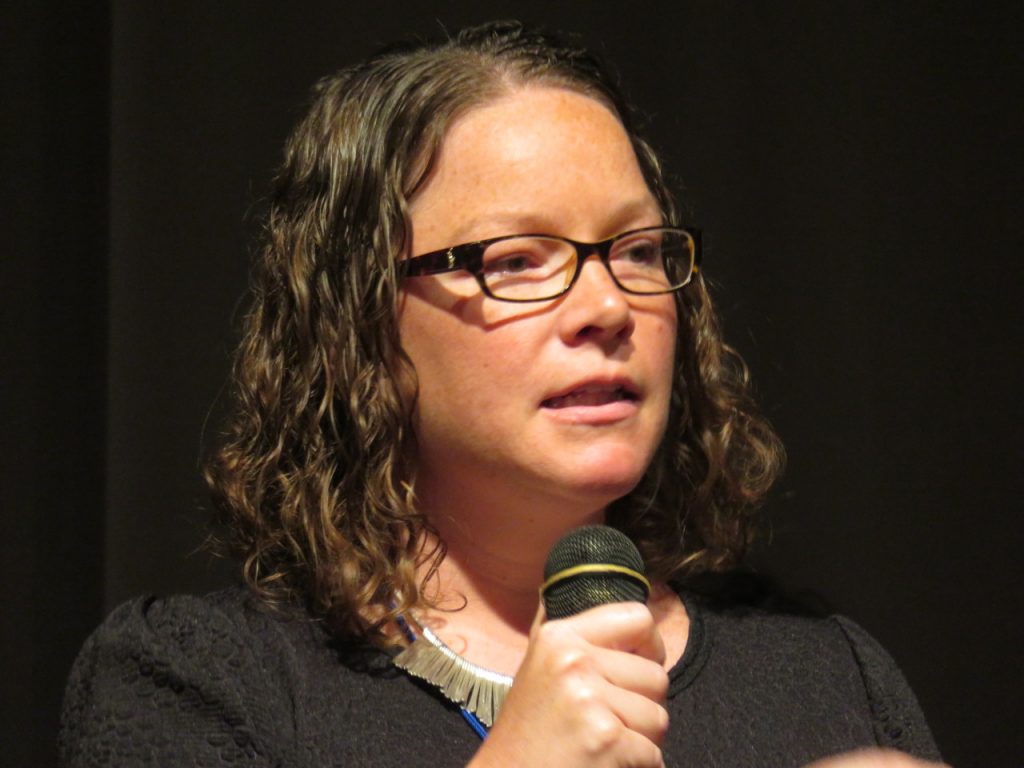 Somebody asked me the other day when I knew I was a Democrat, and I will admit that I didn’t have an “aha” moment about that. It has always been the party that my belief system lined up with. My moral compass has pointed me to the party that wants to help people, regardless of their gender, race, religion, nationality, or who they love. I am proud to be a Democrat. I am proud to fight for environmental protection, equal rights, and an economy that works for everyone, not just an elite few. And I am proud to run for House of Delegates as a Democrat in a “red” district.

With everything that has been happening in the news, including the Republican call for citizens who aren’t happy to just leave the country, I did have an “aha” moment that came to mind. I remember the moment I decided that it was more important to stand up and fight for the change you believe in than to give up because you don’t like the way things are.

I was in college and having a conversation with another student, a friend of mine, who wasn’t happy about the state of the government and the degradation of our environment and trampling of our human rights. He said he wanted to move to Europe after college to get away from a system that he believed too broken to fix. And that’s when it happened, at that moment I realized that I didn’t have it in me to turn my back on the problems we faced, but stand up and fight to make this country better.

Criticizing the United States and acknowledging the problems we face does not make us un-American and it does not mean we love this country less. I am running for office because I love where I live AND because I think it could be better. I love the school my kids go to and all of the staff, but I also know that teachers deserve fair pay and the school infrastructure needs investment. Virginia has always been my home and I love it, but it isn’t perfect. We have a long way to go towards equal rights, a fair electoral system, ending the school-to-prison pipeline, and so many other issues that voters tell me at their doors. That’s why I am running for office, because I love this commonwealth and I love this country, and I want to make it a better place.  We need legislators that will listen, and if they are out of touch then they need to be out of office.

Don’t listen to the calls saying you should leave if you aren’t happy with the status quo. If you don’t feel represented and you don’t like the way things are then stand up, speak up, and show up on Election Day.