Virginia Del. Lee Carter (HD50) was on the Kojo Nnamdi Show’s Politics Hour earlier today, and had some interesting things to say on unionizing his campaign, on guns, on whether or not to attend the Jamestown anniversary commemoration, etc. See below the following screen shot – the Kojo Nnamdi Show misquoting Carter on what he means by “Socialist,” then getting called out by Carter for that and pulling down their erroneous tweet – for a few highlights.  According to Carter, by the way, he doesn’t “refer to myself as a Democratic Socialist, just a socialist,” because “just definitionally, if it’s not democratic, it’s not socialism.” 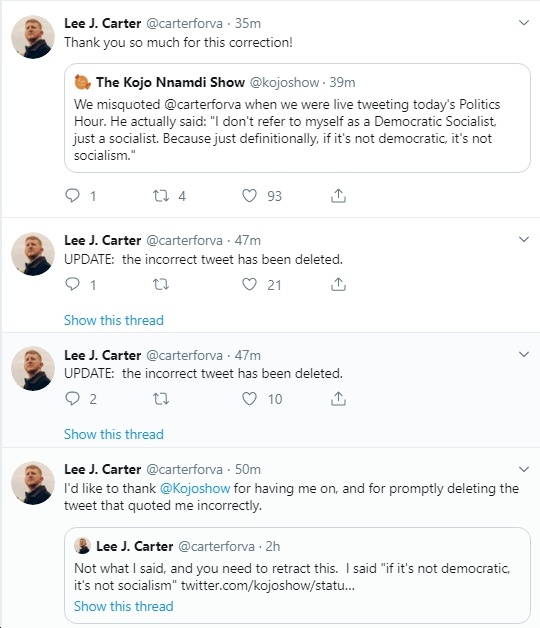