The following report is from Rep. Abigail Spanberger (D-VA07). It’s an excellent report, but one thing that needs to be corrected is that this is absolutely NOT the result of anything “hyper-partisan” on the Democratic side, as Democrats – and actually, numerous Senate Republicans – have voted numerous times for comprehensive immigration reform, but these efforts were blocked by the then-Republican-controlled House, which wouldn’t even allow a floor vote on overwhelmingly bipartisan legislation. It’s important to get this history right, so that Americans can know who’s responsible, assign blame credit accurate and then vote accordingly.

[Friday], I joined a group of House Democrats and Republicans on a visit to our southern border. The purpose of this trip was to listen to those impacted on the ground and to better understand the massive humanitarian and immigration challenges we face. I’d like to share my initial thoughts from this experience.

The tragedy of our broken immigration system was on display. We saw desperate families, terrible hardships, and exhausted officers. At the end of the day, we sat down as a bipartisan group to discuss what we had seen and experienced and to discuss how we—as members of Congress—can move forward to understand what is not working, what is working, and how we, through policy and funding efforts, can work to repair the system.

Throughout the visit, we spoke directly with migrants and with officers. We were given full access to the facilities and took photos at our will, though we endeavored to be respectful of those in detention when taking photos. We are posting minimal photos of the children for their privacy.

At the Donna facility, a processing center for migrant families, I spoke directly with mothers and their young children. Among them were women from El Salvador and Honduras who had just arrived days prior. I spoke to them and their children, and they had a clear weariness in their eyes and voices. Even as they recounted their tragedy, there were little boys rolling on the mats wrestling, which added a bit of play to an otherwise heartbreaking circumstance.

We also traveled to the Hidalgo Port of Entry and saw the lines of cars waiting to enter the United States or traveling back to Mexico. In addition to receiving the hundreds of day and temporary visitors who cross the border to work, shop, or visit family, they are also the first point of contact for many foreign nationals making asylum claims. At Hidalgo, I spoke with women from Cuba who had recently arrived at Hidalgo and were hoping to be reunited with family members in the United States. One young woman began to cry when she told me that she hadn’t seen her mother in four years.

In addition to receiving thousands of visitors, workers, and asylum seekers, the agents at Hidalgo screen approximately 4.3 million vehicles a year for drug and illicit trafficking. The United States and Mexico trade billions of dollars-worth of goods that flow in and out of ports of entry like Hidalgo every day.

We then traveled to an area along the Rio Grande river, where migrants frequently arrive. We walked through the dense brush on a path of matted grasses and saw belongings along the way. At the river’s edge, we could see Mexican military personnel just across the river. They are working on their side to combat the criminal gangs that exploit the migrants trying to get to the United States. They were close enough to us that they yelled across the river to ask if everything was okay.

As we walked out of the brush, we saw a sign that said in Spanish “follow the arrows to receive help.” We asked the Border Patrol agent about the signs, and he explained that they had placed the signs there hoping to prevent tragedy. He then recounted a recent story that will stick with me forever. A woman and her three young children had recently died while walking through the thick grasses, instead of along the dusty road where it is easier to encounter Border Patrol. His agents had to carry each of their bodies from the brush, and the weight of that experience on him was clear. The tragedy of it all was clear—after a treacherous journey through Central America, a woman and her children died here in the place where they were seeking safety and a better life—and the agents who found them too late set up the signs to keep it from happening again.

At our visits to two additional facilities, we met unaccompanied minors who had come across the border because their parents sent them on perilous journeys wanting to keep them safe from local violence in their home countries. We met families waiting to be processed to HHS holding facilities. We saw people living in detention centers that were never meant to hold the number of people coming through their doors. I spoke with little girls who squealed with delight when one told me her sister’s name is Abigail, and another proudly showed off her Frozen t-shirt, while their fathers looked on exhausted and weary.

As my colleagues and I sat around the table sharing our thoughts and perspectives and digging into the problem, what was beyond clear is that we have a broken system, and we will only solve it if we resolve to fix it comprehensively—addressing the root causes that lead people to flee their homes, recognizing the policies that aren’t working, and acknowledging that our current system is a tragedy for everyone, most especially the children.

Too frequently, in Congress or in nationwide politics at large, we are reactive. We look for easy, short-term solutions, and we try to put a band-aid on these massive, structural problems. That mode of operations needs to change now, because our current system is not working. Instead, we must fully recognize how current U.S. immigration policies are driving behaviors and conditions on the ground. And we need to rigorously define each piece of the problem from a policy perspective—not through a hyper-partisan lens.

Through our conversations yesterday with law enforcement, children and families, and border security and human rights experts, we focused on identifying the scattered pieces of our immigration and security puzzle. Without a doubt, these issues are incredibly complex and spur emotional responses, but they require a high amount of listening from lawmakers—not grandstanding or fear-mongering for the sake of scoring political points.

We need to believe that we can achieve progress in fixing our broken immigration system, prioritizing smart border security investments, cracking down on those who are trafficking and smuggling, and relieving the ongoing humanitarian crisis at our southern border. We owe it to the American people, and we owe it to every person who believes in the promise of the United States so much that they are willing to risk everything to find it. 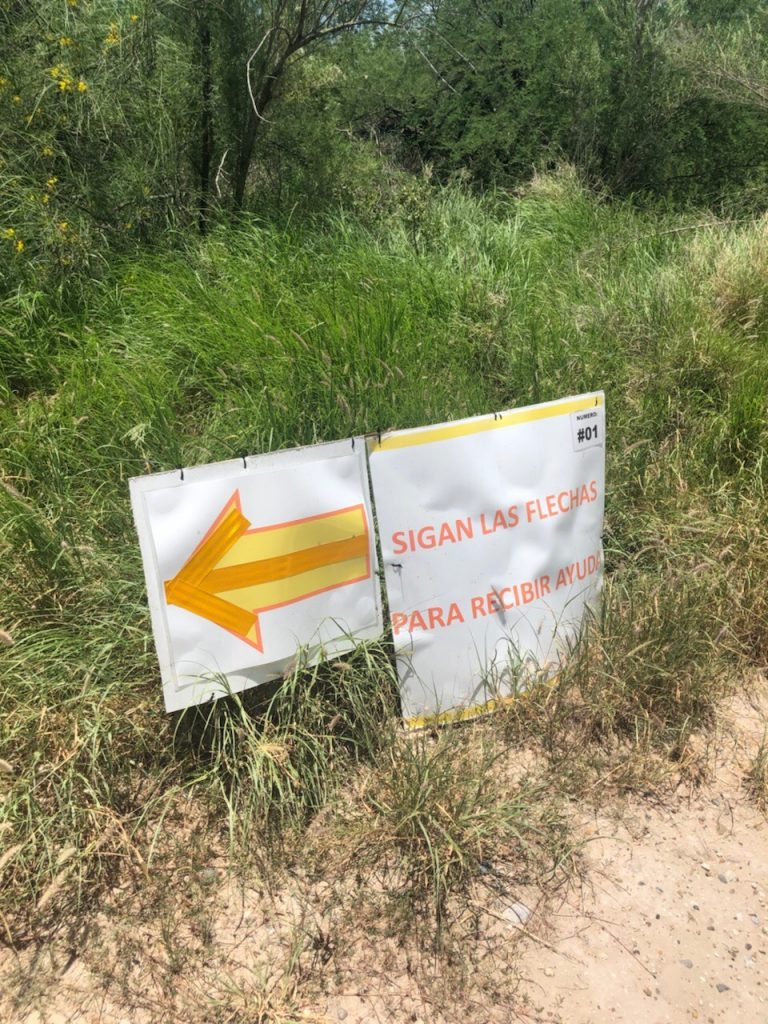 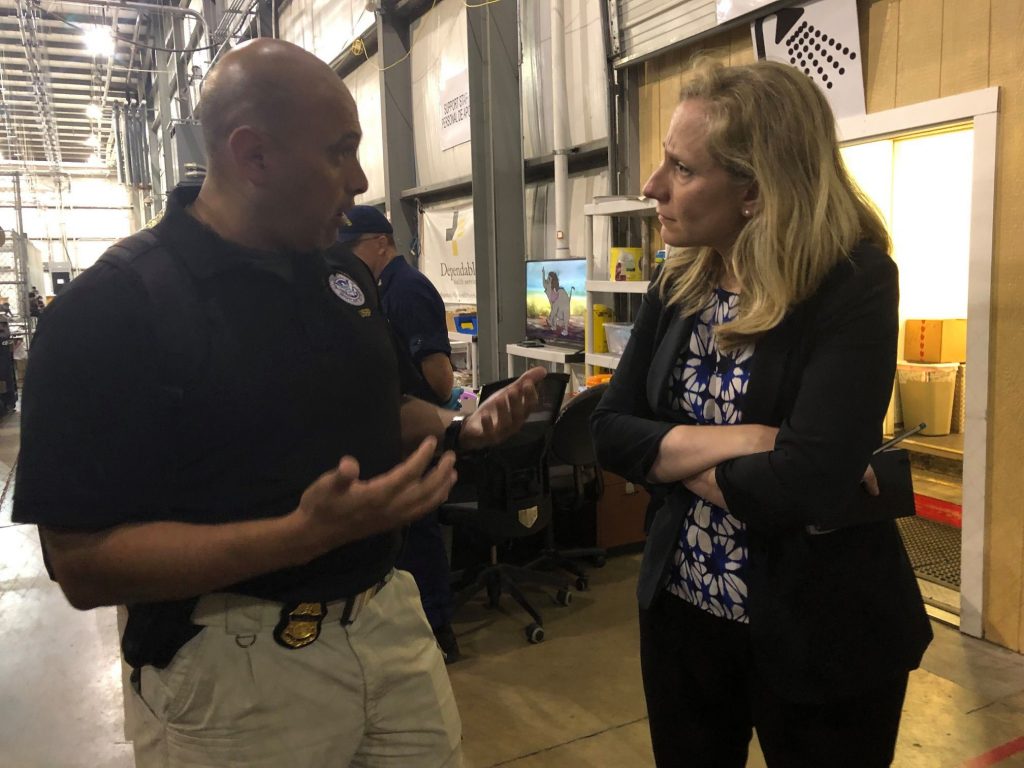 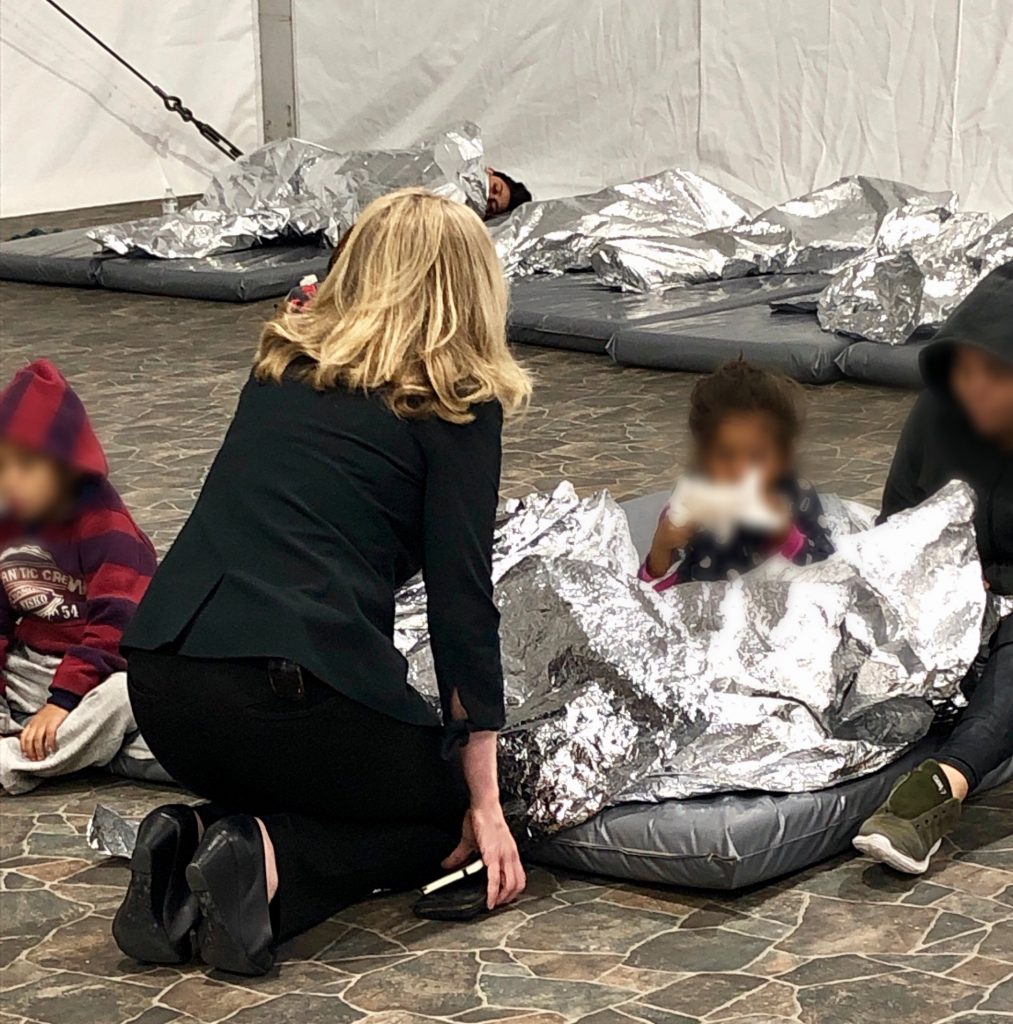 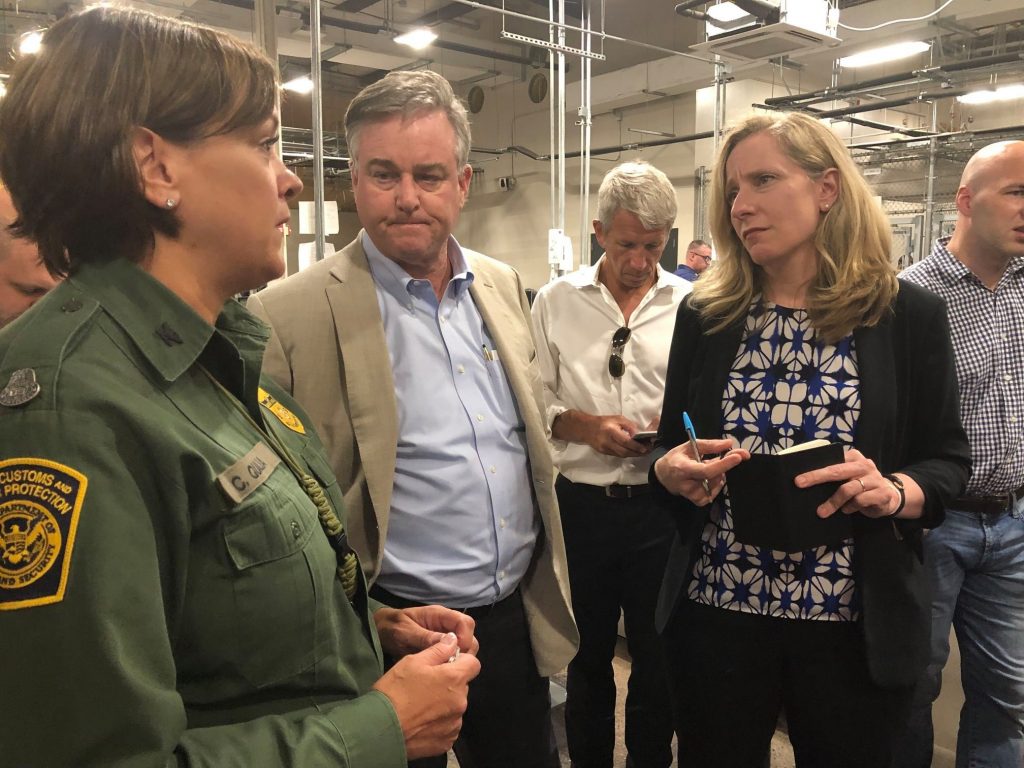 In Stark Contrast to Her Ignorant, Extreme Republican Opponent, Rep. Abigail Spanberger (D-VA07)’s Well-Informed, Well-Reasoned Voice Is One We BADLY Need in Congress!

“What does anti-abortion #VA7 candidate Yesli Vega have in common with the late Todd Akin? She thinks it’s harder to get pregnant from rape.”