By Aleurophile; an earlier version of this was published on Daily Kos

Senate Majority leader Tommy Norment (R), leads the pack among Virginia state legislators in receipt of corporate gifts and contributions and is right out front with questionable ethics, too. There are the cozy relationships with lobbyists, including an adulterous affair with (and subsequent engagement to) one, and scuzzy financial ties with the College of William & Mary.  And let’s not forget the overt racism (see SemDem’s posting HERE on Norment’s record).

The recent news about Jeffrey Epstein and Alex Acosta, though, reminded me of an episode in Norment’s Senate career:  his championing of a bill that would have given lighter sentences to the producers of child pornography (for background go to lowkell’s article HERE).  Although Norment claimed that prosecutors supported it, the bill outraged Republican county prosecutor Rusty McGuire and the National Association to Protect Children (NAPC).  McGuire, who is associated with the NAPC, pointed out that the pornography in question includes horrific scenes of brutality towards young children — not just “pictures of babies in bathtubs.”  The bill got well and thoroughly killed.

Here’s Norment trying to defend himself (if you listen to the clip from the beginning, and you’ll get McGuire’s remarks, too):

Perhaps Norment was trying to protect his local Republican Committee chairman who was up on child pornography charges? Or perhaps he was thinking of his own clientele?  Norment’s legal practice includes criminal law.  Among Norment’s clients were a local planning commissioner who ran over his ex-wife in his car, breaking her leg, and a former ROTC instructor charged with 68 counts of having carnal knowledge of a 13-year old girl. The defense in the latter case was unsuccessful, and the defendant was sentenced to 45 years in prison.  Norment then argued for a reduction of the sentence on the grounds that murderers might well serve less time.

Fortunately for the citizens of Virginia’s Senate District 3, Democrats have as their candidate Herb Jones, a veteran who served in Afghanistan and Iraq, as well as in Virginia in the aftermath of 9/11.  He has had a career in finance, and served for several terms as his county’s Treasurer.  Together with his brother, he founded and is now running his own business.

Website   — check Herb out on the issues.  That’ll make you want to…

Contribute, so pony up!  Herb’s up against the Republican machine! 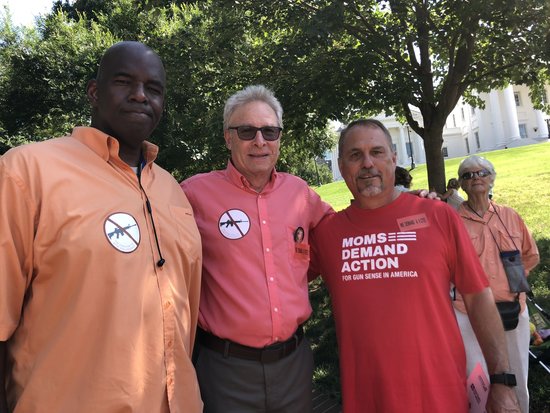 Following Release of Grand Jury Report, Loudoun4All Responds to the Firing of LCPS Superintendent Dr. Scott Ziegler and Calls for the Resignation of Loudoun...