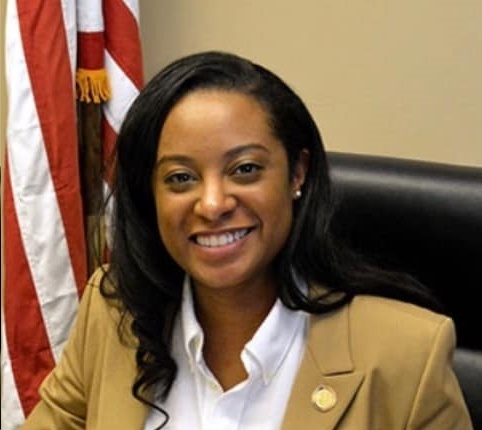 A few weeks ago, I wrote a public letter to the Virginia Board of Health discussing my view that we must repeal the unnecessary and overly burdensome TRAP (“Targeted Regulation of Abortion Providers”) laws. For me, like so many others, it was imperative to speak out and ensure that I was not silent at this make-or-break moment for women and reproductive rights in our country.

As many know, this May, a number of states passed bills whose motive couldn’t be clearer: to provoke a Supreme Court decision that eradicates a woman’s right to choose whether to have an abortion. These bills vary in range of restrictiveness, with each challenging the constitutional precedent set by the 1973 ruling of Roe v. Wade. The most restrictive ban is Alabama’s Human Life Protection Act, which prohibits abortions in all cases except those in which the life of the mother is compromised or the life of the fetus is not viable. This effectively means that pregnancy in the case of rape or incest cannot be terminated. Less restrictive but similarly threatening bills in Georgia, Louisiana, Mississippi, and Ohio, more commonly known as “heartbeat bills,” ban abortions once a fetal heartbeat can be detected, effectively limiting abortions at the six-week mark. And here in Virginia, anti-choice politicians have publicly revealed their true agenda and intent to pass similar legislation as Alabama and Georgia and enact abortion bans in our Commonwealth.

With the growing tide of restrictive anti-choice legislation throughout the country, we as lawmakers are being challenged to protect a woman’s constitutional right to access abortion services in a way that reminds us of the urgency of the 2012 proposal requiring an invasive transvaginal ultrasound prior to obtaining an abortion. As was the case in 2012, lawmakers are trying to impose their will over the majority will of the people and regulate abortion clinics out of existance.

Let’s be clear: in Virginia there is not, and never has been, a proven and medically-justifiable reason for regulating abortion providers like hospitals. Until 2011, abortion providers and their practices were regulated like other physician groups. With the passage of TRAP laws in 2011, abortion providers, and only abortion providers, were singled out for targeted, politicized regulations and restrictions by the Virginia Department of Health. Indeed, many of these so-called ‘safety requirements’ within the TRAP Laws are arbitrary and have no impact on safety. For example, some of the regulations specify a specific height of a boiler room, that outdoor heating and cooling systems have a maximum decibel level, and that clinics must have fixed specifications for the type of fabric used on window coverings. These regulations have no impact on a clinic’s safety.

That is why I am speaking out – and will continue to speak out at this critical moment for women in our Commonwealth. The onerous TRAP laws in Virginia are clearly a political attack on a woman’s choice to obtain safe, legal abortions. We cannot allow Virginia to join the wave of states that are attempting to regulate abortion access out of existence. We must uphold the protections that Roe v. Wade has provided for women across this nation and within our great Commonwealth. We must continue to prioritize science and medicine in this fight, and not allow politics to get in the way of real progress. At the end of the day, I trust women to make their own personal healthcare decisions, in consultation with her doctor and her family. We need to ensure that we’re not silent in the face of these attacks.