Recently, Democratic SD12 nominee Debra Rodman released a TV ad, which correctly pointed out that Sen. Siobhan Dunnavant (R-SD12) had a written a bill (SB844) which:

…would authorize “short-term” plans in Virginia. Pushing “short-term” — aka “junk” coverage is just another typical Republican tactic to undermine the Affordable Care Act by splitting the marketplace into comprehensive, expensive plans for older people and those with pre-existing conditions, and cheaper but high-risk coverage for young people without a pre-existing condition.

According to the text of Dunnavant’s bill, “The premium costs may reflect your age, gender, and pre-existing conditions, which conditions may not be covered or may be subject to coverage limitations.”

And speaking of being sneaky, Dunnavant has now sent out cease-and-desist letters (see below) “to every local television station, demanding that they cease and desist from running a false ad sponsored by Debra Rodman’s campaign.” How can she ask that, when the ad appears to be 100% accurate? It appears that she’s making an extremely technical argument, basically trying to argue that short-term plans *already* denied coverage for pre-existing conditions. so basically –  “I’m innocent because there ALREADY was a loophole that let insurers deny a small number of people coverage for pre-existing conditions.  All *I* did was WIDEN it so MORE people could be denied.”

I mean, seriously, Sen. Dunnavant? That’s your strategy to win voters? On November 5, make sure you vote for…yeah, Democrat Debra Rodman instead. And no, that vote can not be denied based on any pre-existing condition you may or may not have. LOL 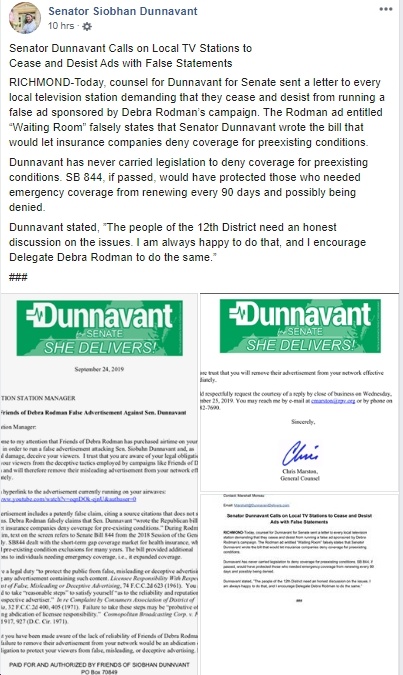 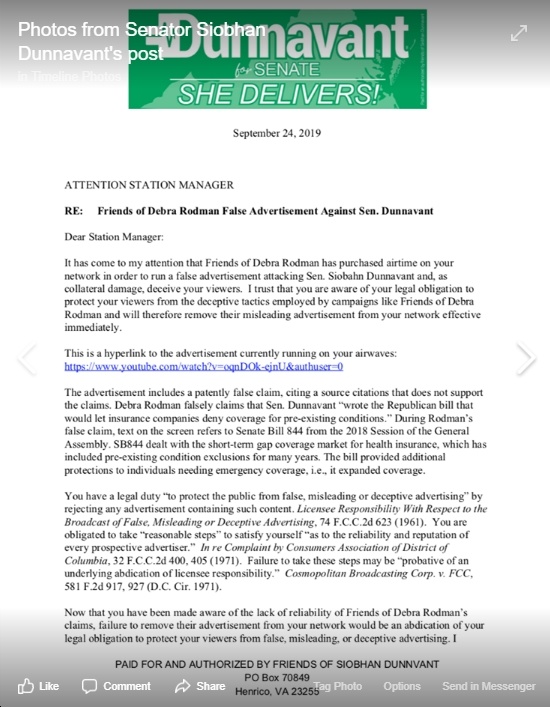 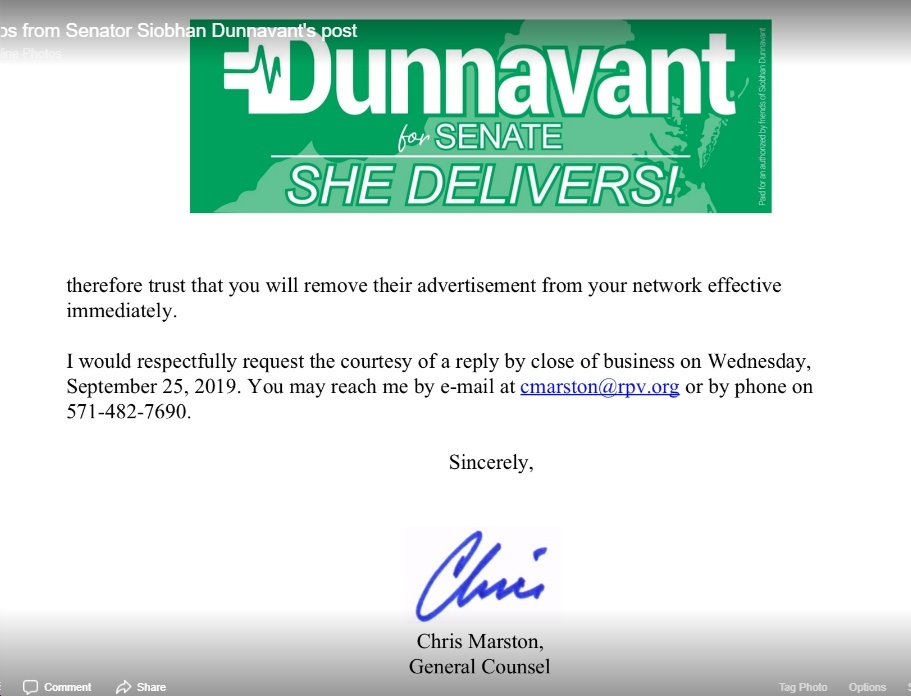