Courtesy of VPAP, check out the following two graphics, which show campaign donations to General Assembly campaign committees for Virginia Democrats and Republicans, respectively Note that the “[s]tart of time period is January 1 of the year before the election,” and the [e]nd of time period is August 31 of election year.”

In stark contrast, donations to Virginia Republicans have barely changed since 2015. Why is this? Clearly, Democrats are highly energized with Trump in the White House, and it’s showing up “bigly” in the money numbers. Let’s just hope all this extra “green” translates into “blue” victories on November 5! 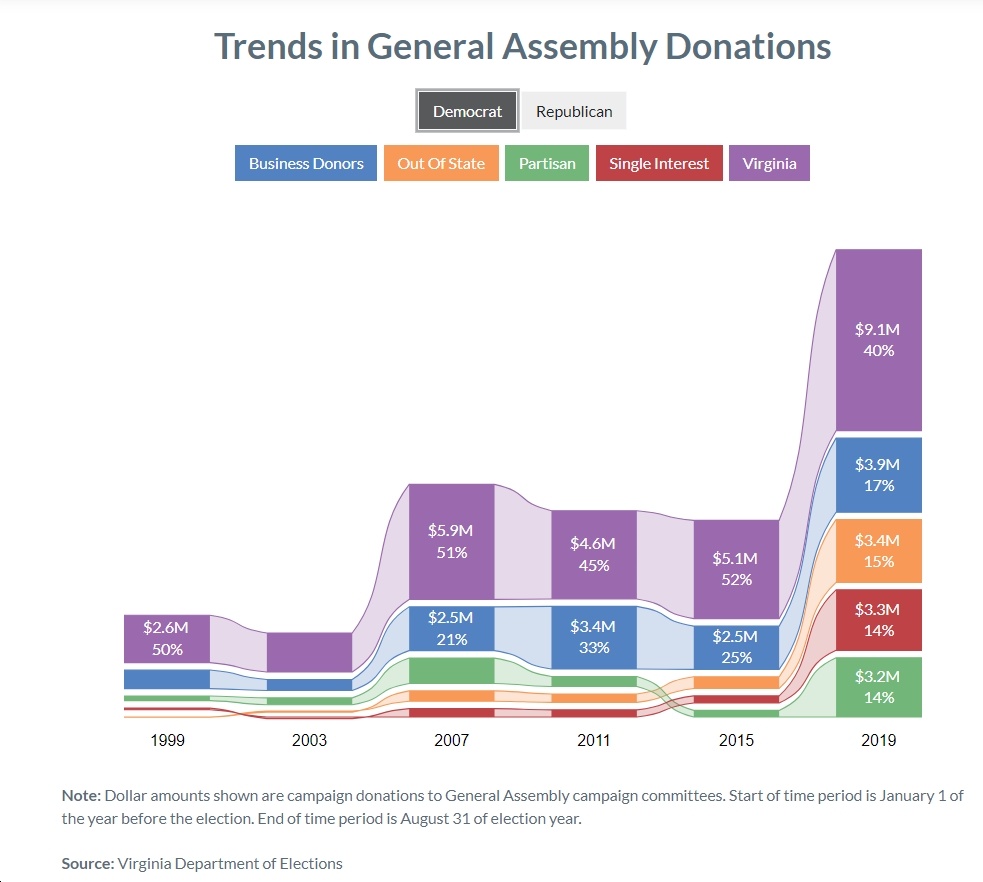 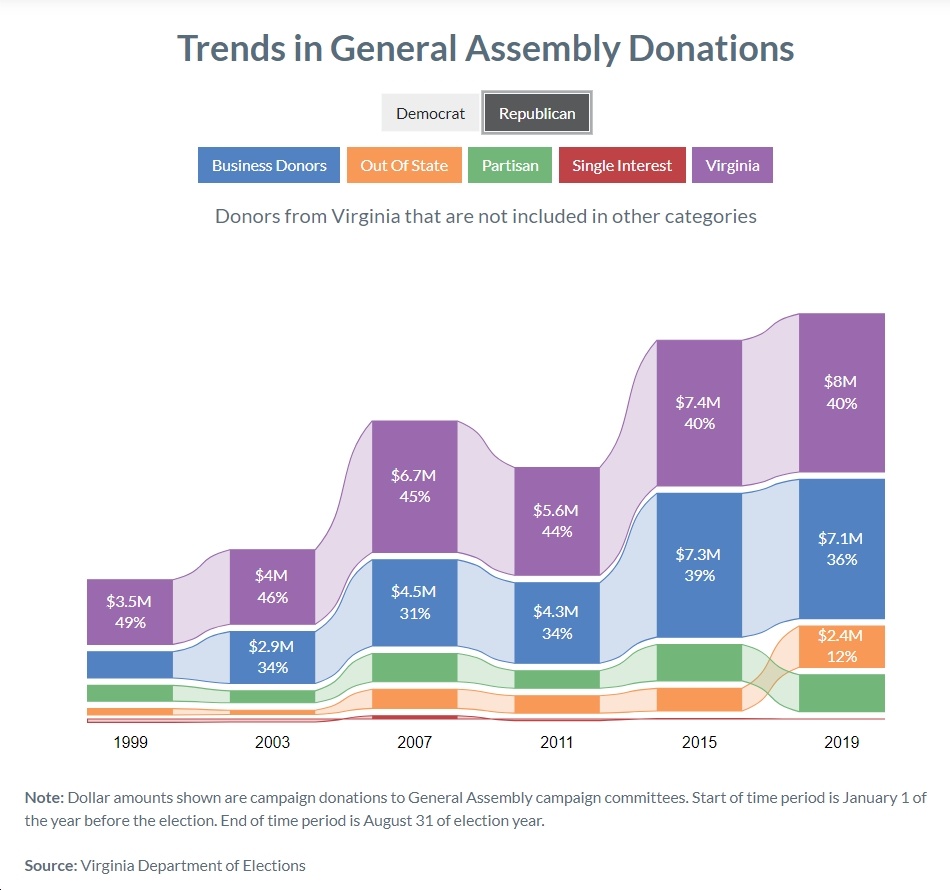