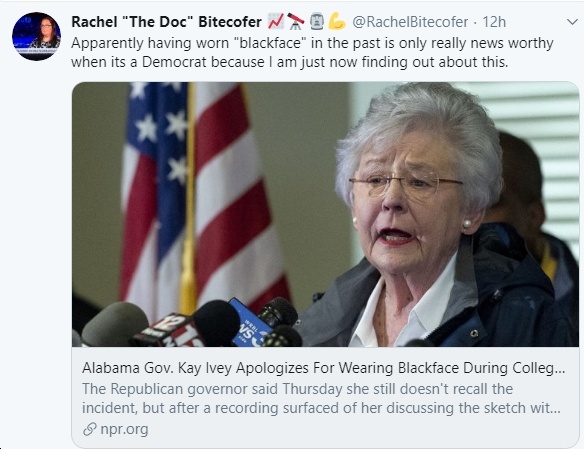 Two governors, two blackface scandals, two VERY different responses by the media. Why is that?

The two governors, of course, are Virginia Gov. Ralph Northam (D) and Alabama Gov. Kay Ivey (R). Although, actually, the phrase “of course” might not be appropriate, because based on a Google Trends analysis of the two scandals’ media coverage, it looks like Ivey’s blackface scandal (story broke on August 29) got just a small fraction of Northam’s (story broke on February 1) – so you might not have even *heard* of the Ivey scandal. Check out the Google Trends graph, below. 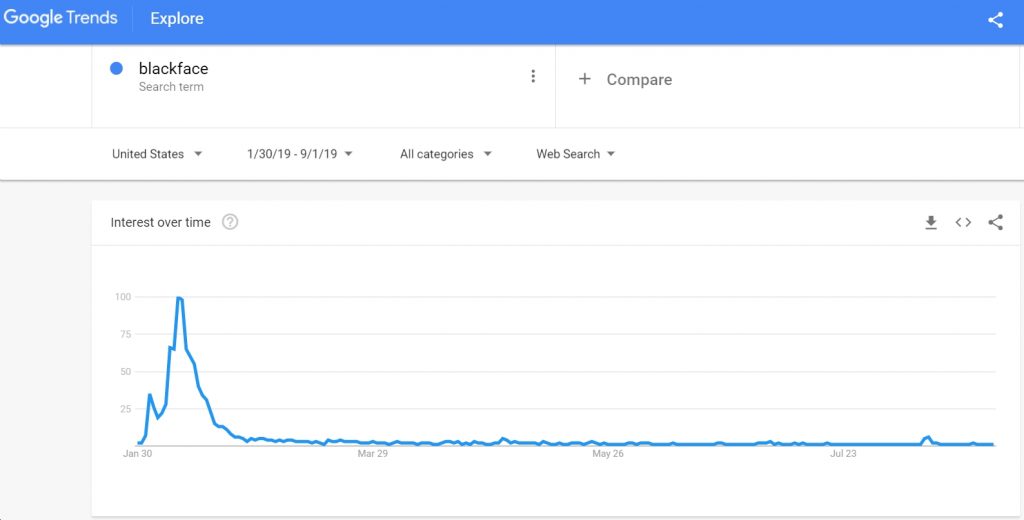 So, according to Google Trends:

Why might there be such a big difference in interest levels in these two stories? Could it be, as CNU Professor Rachel Bitecofer tweeted, that a story like this is “only news worthy [sic] when its [sic] a Democrat because I am just now finding out about this?” Here are some similarities and differences between the two stories:

In sum, there are definitely similarities between the Northam and Ivey blackface scandals, but also many differences. How much of the difference in public and media interest in these two stories – MUCH more for Northam than for Ivey – is attributable to the fact that Northam’s a Democrat and Ivey’s a Republican is hard to say. But, of course, there’s that old acronym “IOKIYAR” (“It’s ok if you’re a Republican”), and the constant corporate media bias against Democrats, liberals, progressives, etc., so it’s possible that Professor Bitecofer’s read on this is accurate, at least to a point. What do you think?