Facebook is seriously flawed in many ways, but one good thing is that they have a searchable ad library, so you can see which ads politicians are running. That includes when the ad started (and ended) running, how much money was spent on the ad, how many impressions the ad received, and where the ad was shown.

So, I did a quick search for Virginia House of Delegates and State Senate Republican candidates to see what types of ads they’re running these days, and found a bunch of really over-the-top stuff. See below for some “highlights,” using that word very loosely. Note the demonization of Bernie Sanders, Elizabeth Warren, Alexandria Ocasio-Cortez, universal healthcare, a woman’s right to choose, “socialism,” taxes, the “Green New Deal,” hippies, etc. Also note that faux-“moderate” Republican Glen Sturtevant is running some of the craziest, over-the-top attack ads. The bottom line is that you know Republicans have nothing positive to say when they’re running the following types of trash ads. 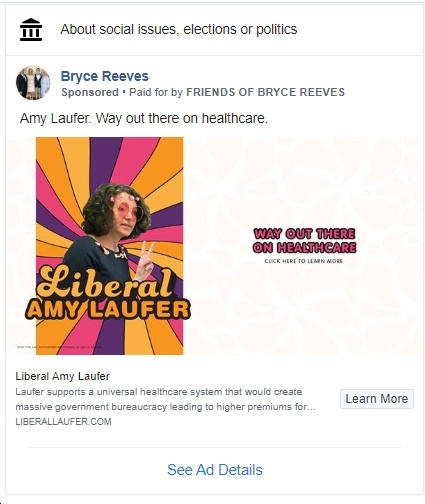 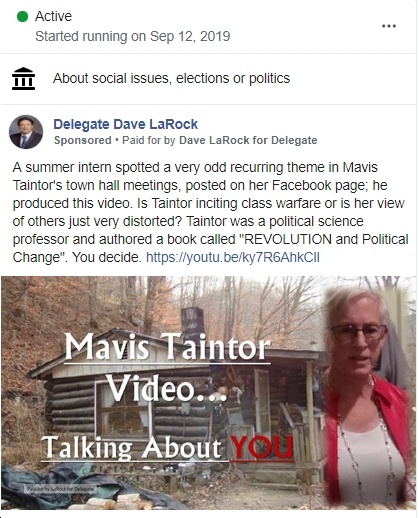 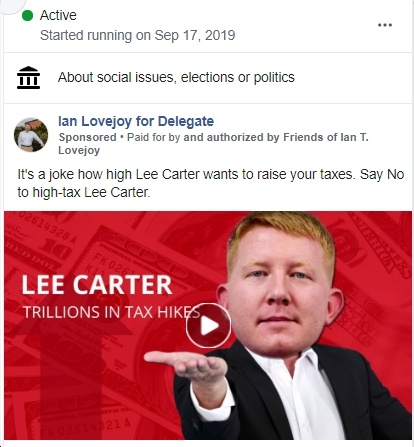 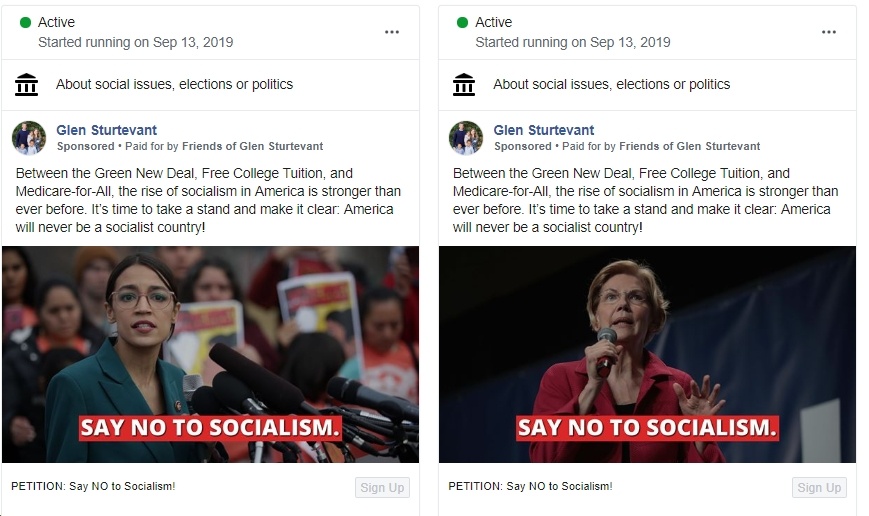 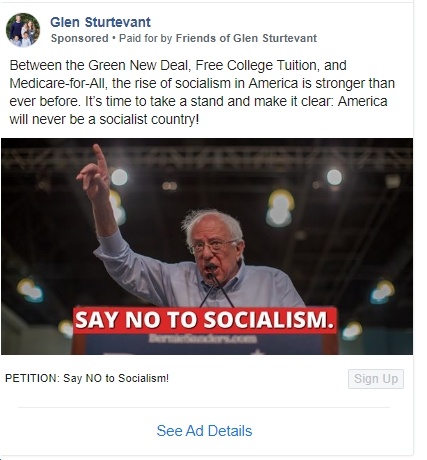 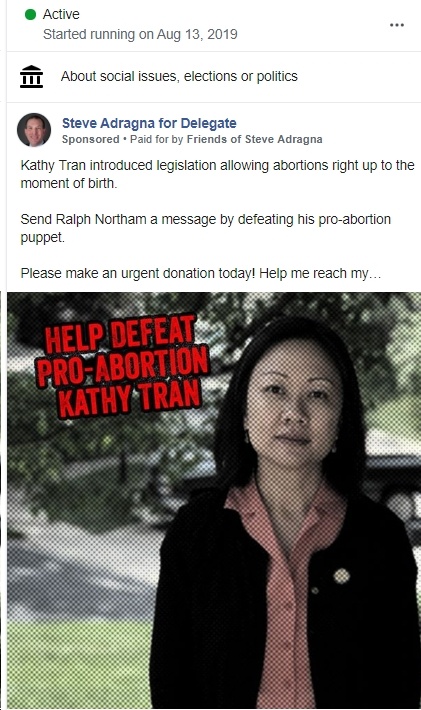 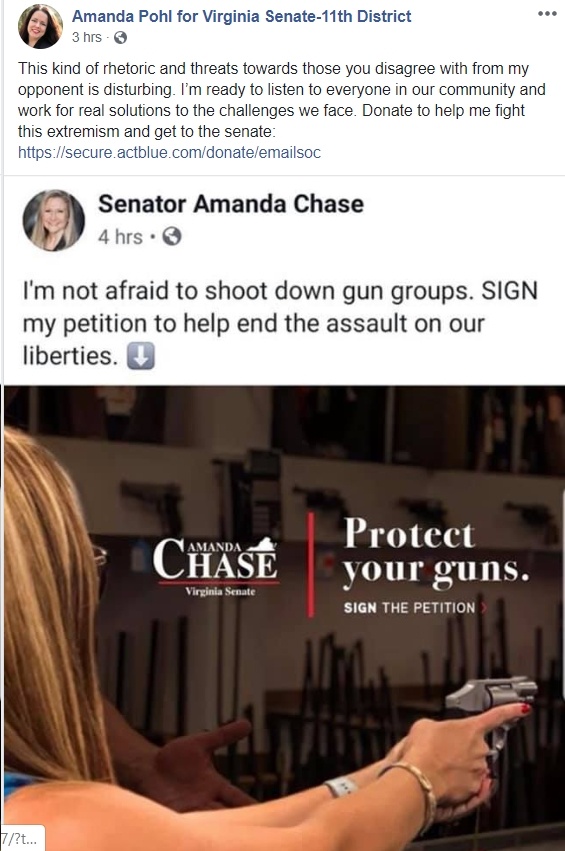