Yesterday, Pew released a new analysis of Virginia’s small-dollar loan marketplace, which, they write, “shows the Commonwealth’s small-loan statutes have unusually weak consumer protections, compared with most other laws around the nation.” Sadly not surprising. Pew also finds:

So what does Pew recommend? Very clearly, Virginia legislators need to “moderniz[e] its small-loan laws,” and in so doing “reduce costs for their constituents, creating affordability for borrowers and a viable market for lenders, including lower-cost providers that currently avoid operating in the state because of its outdated laws, and saving families more than $100 million annually.”

Of course, we do have one big obstacle to doing that here in Virginia – money, and LOTS of it, from the predatory lending industry to Virginia politicians. See below for the leaders, and for an idea of what we’re up against in terms of reform of this industry here in Virginia. 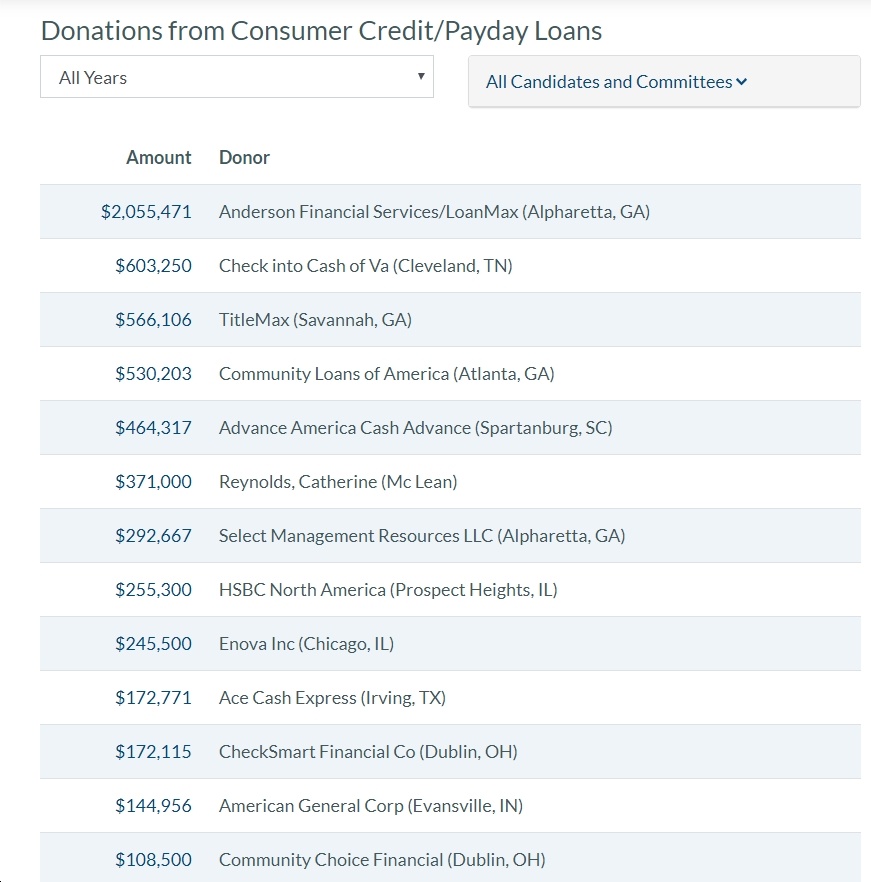