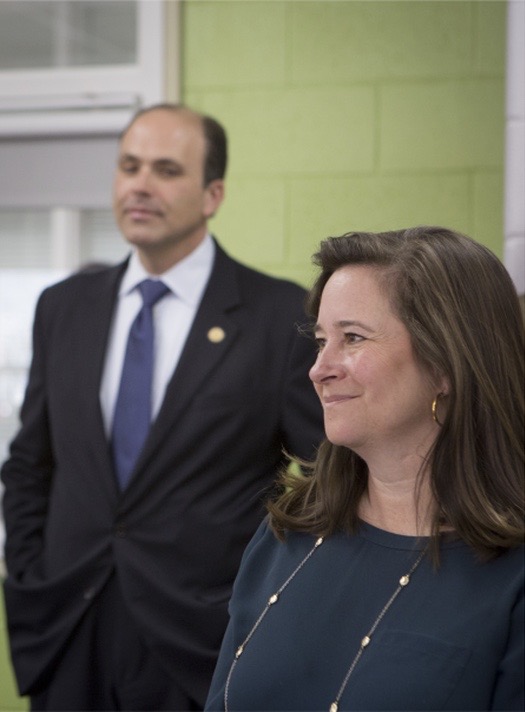 The moderator asked Yancey about his record of voting against women’s right to choose, such as his vote for the infamous transvaginal ultrasound bill in Virginia.

Shelly Simonds responded, “[Yancey] voted for one of the worst bills in Virginia history that would require women to have an unnecessary transvaginal ultrasound. I mean, can you imagine the legislature voting to have a mandatory invasive exam for men?” Her comment drew loud applause from the audience.

Shelly also pointed out that while Yancey focuses on “one moment in time in a women’s life” (such as with his breastfeeding bill), “women’s health is about our lifespan. We need access to contraception… we need access to birth control and pap smears and breast exams, not just after we give birth, but through our whole lives. I will be consistent and stand up and support women’s healthcare.”

This exchange is located at minute mark 25:20 in the debate livestream at https://www.youtube.com/watch?v=CHxWdkirFIE&feature=youtu.be&fbclid=IwAR2XM_vh2pIrEgLUAdoEh92FUfcM7oAb7GLcvYK5cwjdcoMqAELw98tbb6M

(Spoiler alert: Yancey shamelessly lied about his supposed support for local firefighters in response to this question.)

Moderator question: “Do you support maintaining Virginia’s right to work law?” (Right-to-work is, of course, an Orwellian misnomer for anti-worker legislation that limits workers’ rights in Virginia and prevents state employees from being able to collectively bargain.)

Shelly: “I think we need to have higher expectations for ourselves in Virginia. It’s great that we’re best for business, but I want to be best for working families as well.” This drew enthusiastic audience applause.

Shelly then cited firefighters as an example:

“Firefighters have been fighting to try to get more cancers covered with workers comp. Certain cancers like brain cancer and testicular cancer are not presently covered, and they go up to the General Assembly and they struggle with this every year. If we had better bargaining power for firefighters, they could put those protections right into their contract. When they negotiate contracts, they could put cancer presumptions right in there….”

Then, Yancey told a completely misleading and deceptive falsehood: “I was a co-patron of [the firefighters presumptive cancer bill],” he said, “And we were able to get that bill passed because we do support our firefighters.”

Shelly shook her head in disbelief at this dishonest statement by Yancey. The truth is that bill was only passed after the protections for firefighters’ presumptive cancers were completely gutted in committee by Republicans, making the bill essentially meaningless at better protecting firefighters. Yancey co-patroned the bill to get some cheap political points, yet he didn’t even bother to stand up for the bill in committee before his Republican colleagues killed it.

Yancey then staunchly defended Virginia’s regressive right-to-work laws and outlandishly claimed that Southern states with similarly regressive, anti-labor laws like South Carolina, George, North Carolina, and Texas are the best model for Virginia to follow. Yancey complimented Mississippi as a state that’s “hyperaggressive on their economic development.” He didn’t discuss the interests of workers — just of corporations.

This exchange is located at minute mark 40:36 in the debate livestream at https://www.youtube.com/watch?v=CHxWdkirFIE&feature=youtu.be&fbclid=IwAR2XM_vh2pIrEgLUAdoEh92FUfcM7oAb7GLcvYK5cwjdcoMqAELw98tbb6M

The candidates were each given 2 minutes to give closing statements.

Shelly: “I have to start to say that I’m so sorry that the ‘Donald Trump Truth Effect’ has made it all the way down to Newport News tonight.” This comment drew audience applause. It was a reference to all of Yancey’s shameless lies on the debate stage as well as his outrageously deceptive campaign mailers, in which he falsely claims that Shelly doesn’t support teacher raises among other specious accusations that are debunked here and here).

“My favorite part of being a candidate is knocking on doors and getting to talk to citizens from across Newport News every day, and the issue I hear about again and again is healthcare. People are worried about paying for their medications, they’re worried about losing coverage if they lose their jobs, they’re worried about being discriminated against if they have pre-existing conditions. They need a representative they can trust to do the right thing to protect their healthcare and who will always vote to increase access. My opponent voted against Medicaid expansion four times. I’m happy he finally voted for it, but let me tell you this, it’s not going to take me five tries to get it right on healthcare. You can count on me to do the right thing the first time. In Richmond, you will know exactly where I stand on issues, not just on healthcare, but on choice, on clean energy, on gun safety, on criminal justice reform, and on nonpartisan redistricting…. In just two weeks, we will have a choice at the ballot box, more of the same, or voting to bring change to Richmond. I hope you will join me in voting for real change.”

Shelly then pointed out how the Republican majority failed to pass any gun safety bills during the General Assembly special session that was convened after May’s mass shooting in Virginia Beach.

“They showed up, but they didn’t do their job. If we went to work and didn’t do our jobs, we would be fired…. In 2017, this race was decided by a random drawing. The stakes are too high to leave this up to chance again. I hope I’ve earned your support and that you come out and vote on Nov. 5th.”

In Yancey’s closing, he claimed that the fact that he barely didn’t lose in 2017’s Blue Wave supposedly means that he has a lot of Democratic and independent support. He conveniently left out the fact that despite being a multi-term incumbent, he actually lost to Shelly by one vote in a citizen-led recount in 2017, but then his team convinced a panel of Republican-appointed judges (including a head judge who Yancey himself was instrumental in selecting for circuit court) to overturn the recount, forcing Newport News to have their delegate drawn randomly out of a bowl.

Toward the end of his remarks, Yancey went in a bizarre direction.

Finally, Yancey asked voters to “send me back to Richmond, on Tuesday, November 8th.”

Haha. Should we tell him the election is on Nov. 5?

This exchange is located at minute mark 58:09 in the debate livestream at https://www.youtube.com/watch?v=CHxWdkirFIE&feature=youtu.be&fbclid=IwAR2XM_vh2pIrEgLUAdoEh92FUfcM7oAb7GLcvYK5cwjdcoMqAELw98tbb6M

Fight back against the Republican disinformation machine by voting for progressive Democrats like Shelly Simonds on Tuesday, Nov. 5. Donate to the Shelly Simonds campaign here (https://secure.actblue.com/donate/shelly). To check your voter status and polling place, visit here (https://vote.elections.virginia.gov/VoterInformation). To check which House of Delegates district you live in after the recent redistricting, visit here (https://whosmy.virginiageneralassembly.gov/). 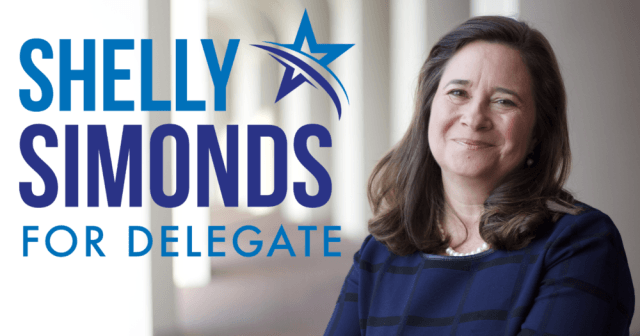