See below for reaction from Virginia’s Congressional delegation to Trump’s “betrayal” (as Sen. Kaine correctly describes it) of the Kurds. Note that all the reactions are from Democrats, while Republicans like Rep. Denver Riggleman (R-VA05) and Rep. Rob Wittman (R-VA01) remain appallingly, but predictably, silent, at this “gift to Putin and Assad.” 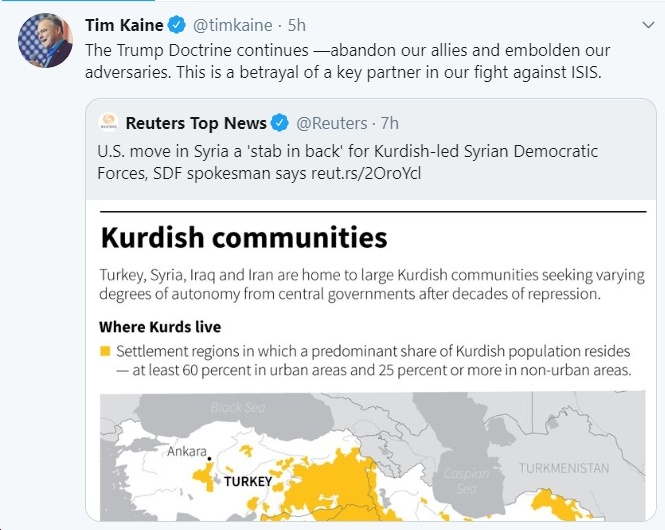 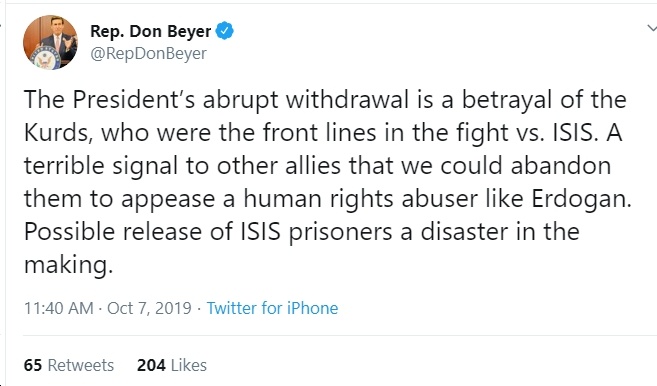 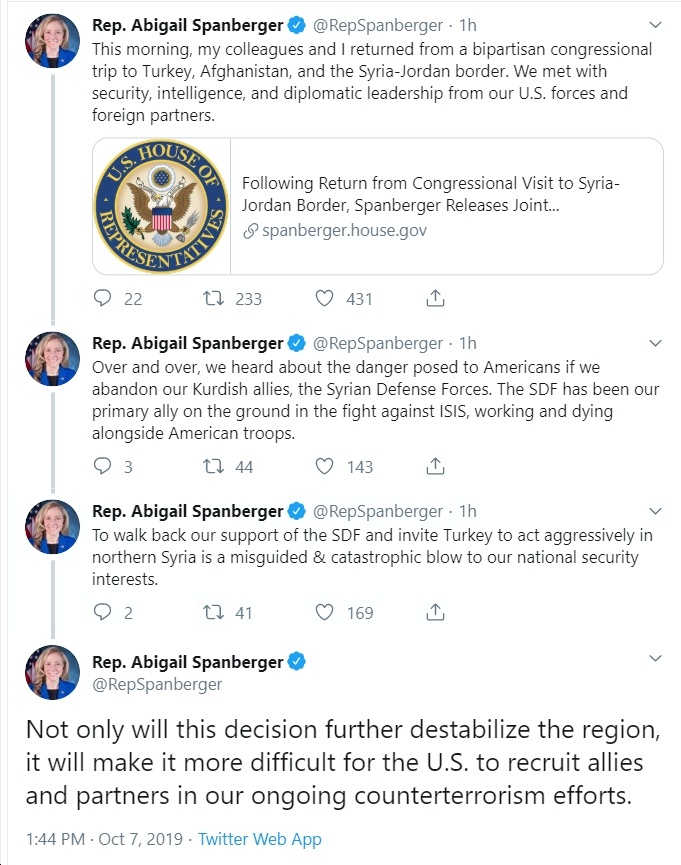 It's inexcusable that the President asked another foreign leader for dirt on a potential political opponent. It's a clear abuse of the President's power and position for personal gain. Both sides of the aisle should be outraged. pic.twitter.com/4tZ5cE63Uc

What a shame, eh? ;) https://bluevirginia.us/2022/01/fourth-circuit-court-of-appeals-rules-that-forest-service-blm-erred-in-their-approvals-for-mountain-valley-pipeline-permits-in-jefferson-national-forest#comment-5707914480