The election results were just announced (see below): congratulations to the new Virginia House of Delegates leadership team, including Del. Eileen Filler-Corn as the new Speaker of the House, Del. Charniele Herring as the new Majority Leader, and Del. Rip Sullivan as the Democratic Caucus Chair! Also, thanks to everyone else who put their names forward for these positions (e.g., see Del. Lashrecse Aird’s comments, below). Now, Democrats need to unify and focus on delivering on policies that will benefit ALL Virginians.

New House Democratic Majority Selects Leadership
RICHMOND (November 9, 2019) — After winning a 55-45 seat majority in the House of Delegates on Tuesday, Democratic delegates and delegates-elect met on Saturday to elect caucus leadership.
In a history-making vote, Delegate Eileen Filler-Corn became the first woman to be nominated by their caucus for Speaker of the Virginia House of Delegates. She will also be the first Jewish Speaker.
“It has been my great honor to serve as House Democratic Leader in this momentous year, and I am so grateful for the support of my colleagues. I look forward to working with every single member of the House of Delegates, Democrat and Republican, to move Virginia forward,” said Speaker-designee Filler-Corn.
The full House of Delegates will officially vote to confirm a new Speaker the first day of the 2020 legislative session.
Delegate Charniele Herring will be the new Majority Leader, becoming the first woman and the first African American to serve as Majority Leader in the House of Delegates. She previously served as Caucus Chair.

“I could not be prouder of our members–both those celebrating re-election and those we are welcoming to the House for the first time. We have a lot of work to do and promises to keep, and I look forward to serving as Majority Leader in the first Democratic-led House in a generation,” said Leader-elect Herring.

Delegate Rip Sullivan will serve as the new Caucus Chair.
“I was proud to serve our caucus as the Campaign Chair during the 2019 cycle which gave me a terrific opportunity to meet and get to know all of my new colleagues. I am proud to be helping to lead them as Caucus Chair and am looking forward to the important work we will be doing as a majority,” said Chair-elect Sullivan.
House Democratic Caucus voted to elect all three leadership positions unanimously by acclamation.
“Not only did Virginia just elect the most diverse House of Delegates in its 400-year history, but House Democrats have made history again by nominating a diverse leadership slate to truly represent Virginia,” said House Democratic Caucus executive director Trevor Southerland. “Finally, we will be able to move forward with a House for All Virginians.” 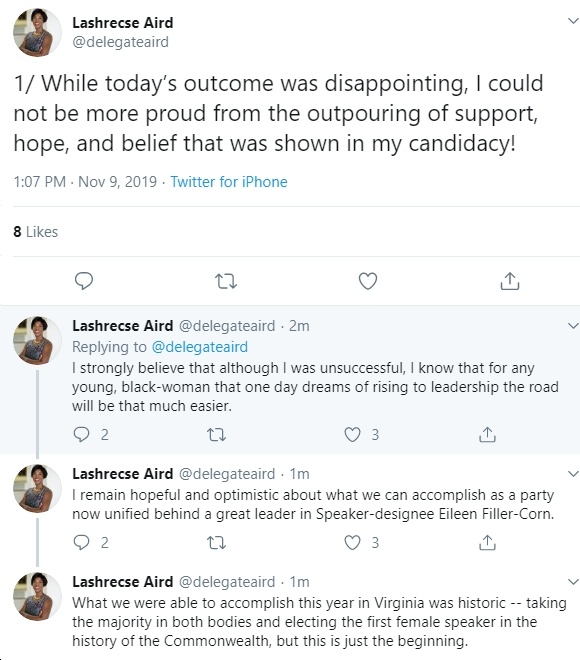 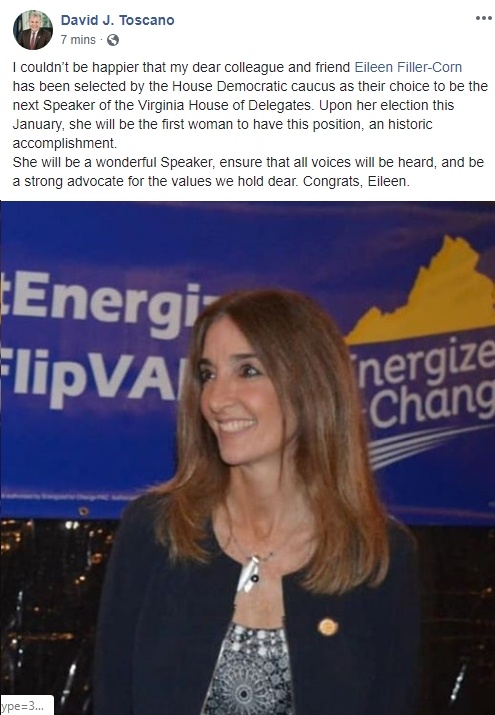 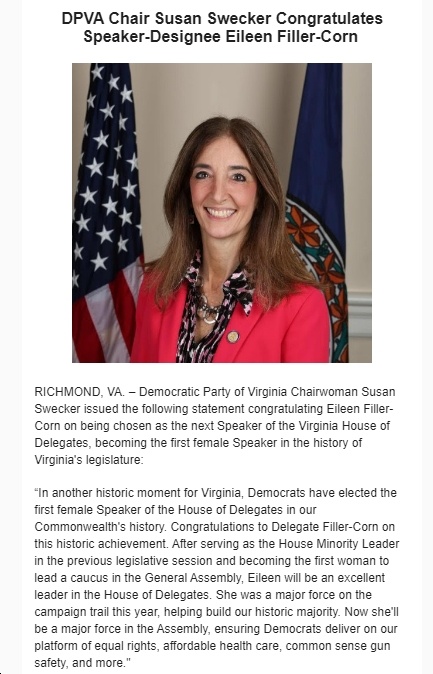 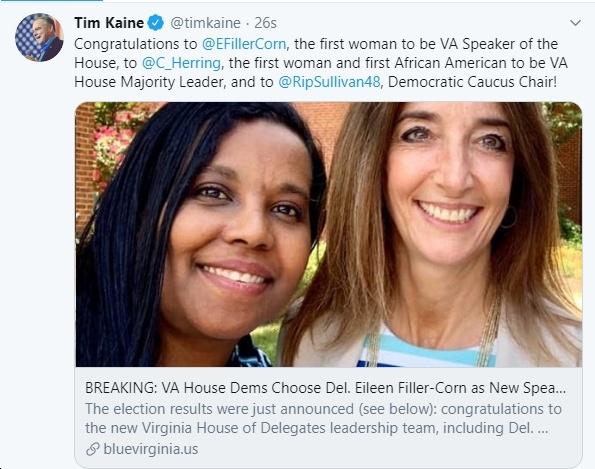 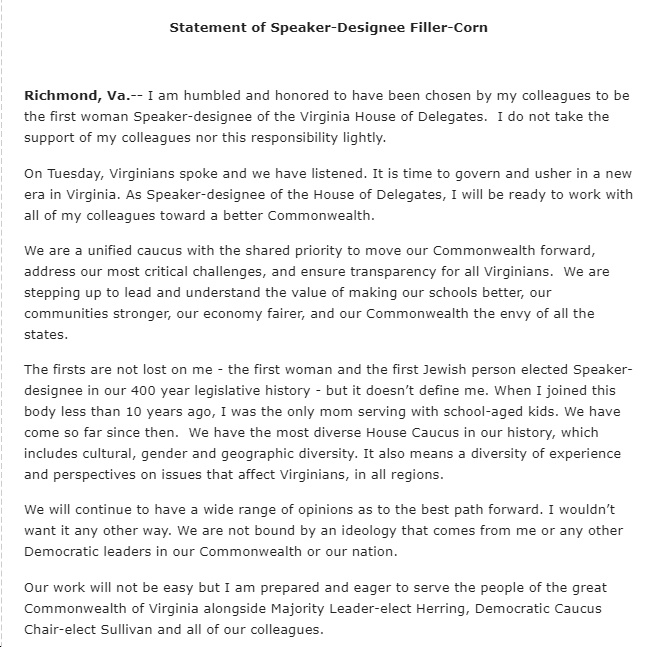 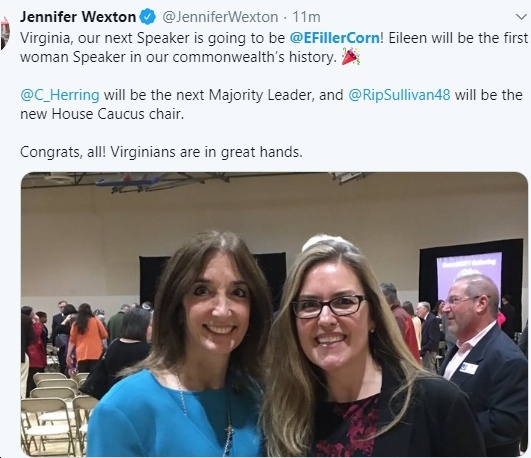 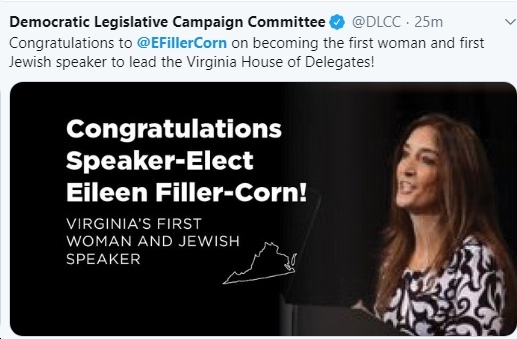 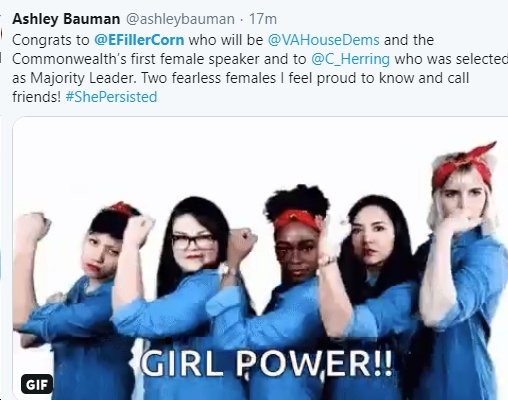 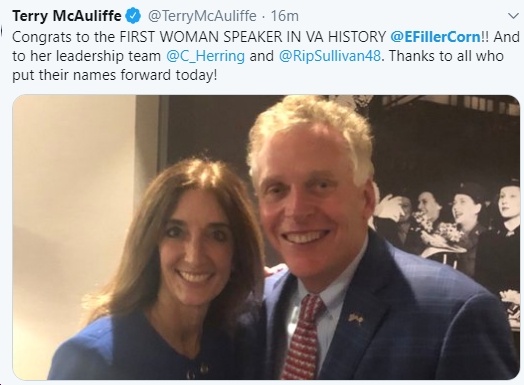 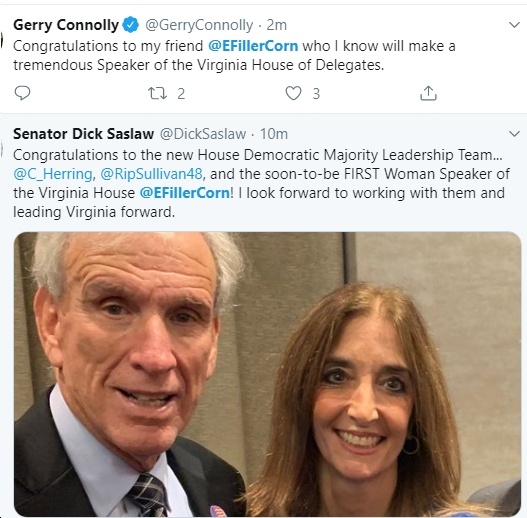 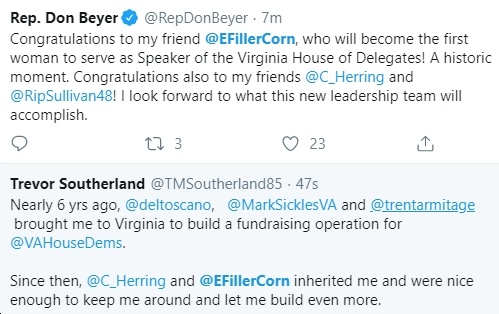 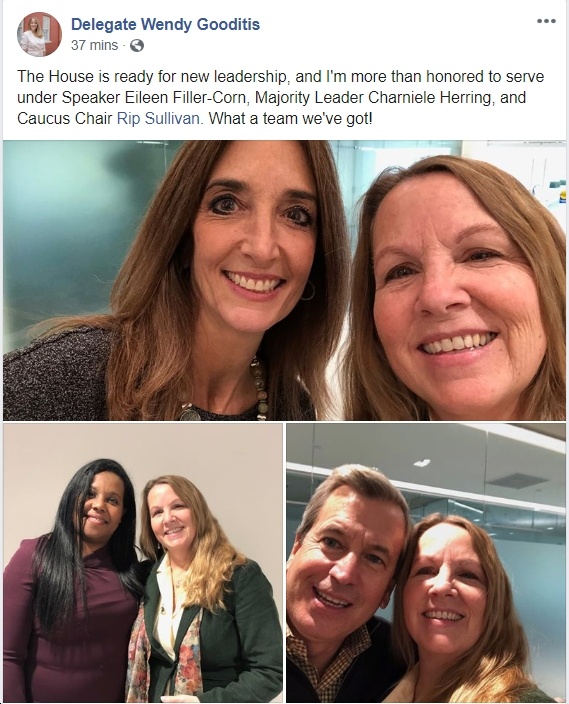 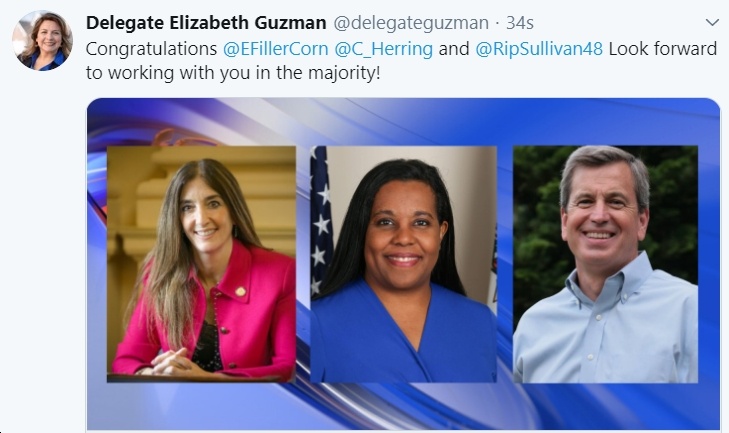 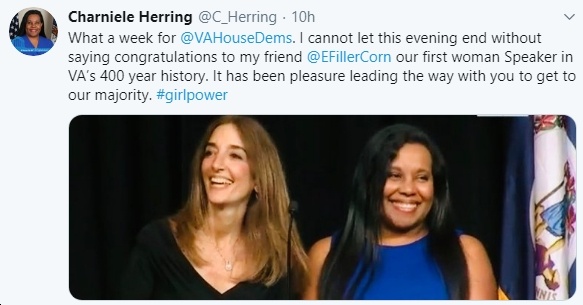