This story (also see the tweets, below) epitomizes so much that’s wrong with revolving-door, pay-to-play, corporate-power “Virginia Way.”

P.S. Oh yeah, and why on earth would as Democratic governor “frame” it that repealing so-called “right-to-work” would in any way hurt Virginia’s AAA bond rating or being the “best state for business?” Does Northam actually believe that being super corporate-friendly is more important than moving Virginia up from DEAD LAST in the country for workers?!? 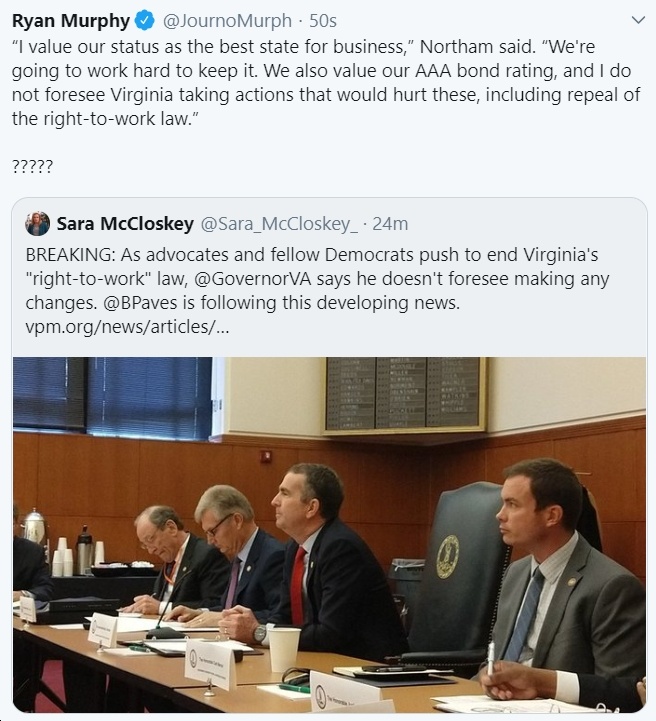 Paid Leave for the US (PL+US) Action Endorses McAuliffe, Ayala, Herring in Virginia for Support of Paid Leave