As we get closer to the January 8, 2020 convening of the Virginia General Assembly, more legislation is being introduced every day. For instance, check out the following bills – ranging from excellent to awful – introduced on 12/28, 12/29 and 12/30. First, a few highlights from VAPLAN: 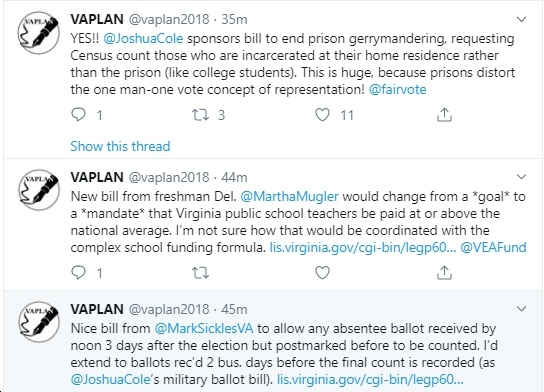 From Delegate-elect Josh Cole (D-HD28), a “motor voter” bill – automatic voter registration for people “coming into an office of the Department of Motor Vehicles or accessing its website.” 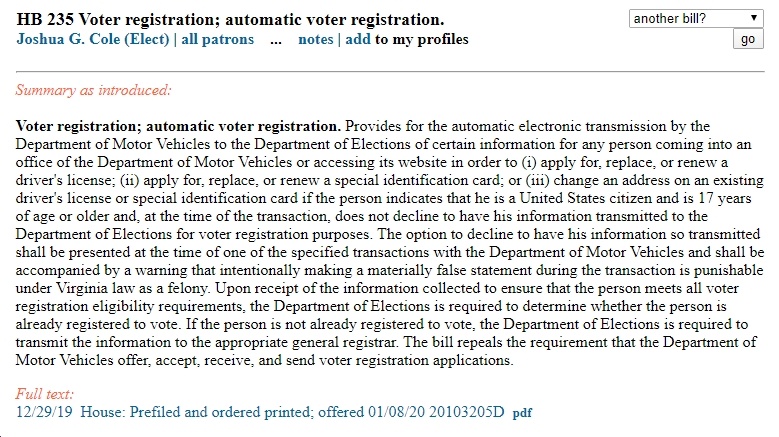 From Delegate-elect Josh Cole (D-HD28), a bill that urges the U.S. Bureau of the Census to “provide redistricting data that counts incarcerated persons in a manner consistent with the principles of ‘one person, one vote.'”

Good bill from Del. Mark Sickles (D-HD43), which “Provides that any absentee ballot that is returned to the general registrar after the closing of the polls on election day but before noon on the third day after the election and postmarked on or before the date of the election shall be counted if the voter is found entitled to vote.”

From Delegate-elect Martha Mugler (D-HD91), I’m all for paying Virginia teachers at or above the national average, but it would also be good to explain how to pay for this.

A good bill, believe it or not, from right-wingnut Del. Nick Freitas (R-HD30); this is an area where libertarians and criminal justice reformers actually agree. 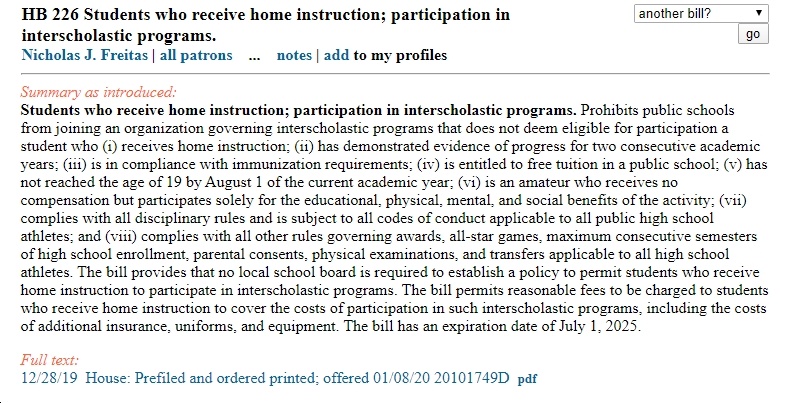 Conservative lawmakers, academics and other observers pointed to that incident and several similar shout-downs of other controversial speakers at various campuses as proof that college administrators needed to beef up their free expression policies.

Lawmakers, mainly Republicans, from states all over the country have subsequently intervened in matters of free speech in academe by proposing and helping to pass legislation that makes clear students can’t interfere with the speech of their peers or of visitors on campus.

Civil liberties advocates say states are likely to keep adopting such legislation, especially leading up to and following the 2020 presidential election, when political demonstrations will likely heat up on campuses. They are concerned that some of the proposed laws may be too prescriptive, particularly those that force colleges to carry out certain mandatory punishments for free speech infractions.

“I think we and other organizations are trying to help craft language for colleges that uses a lighter touch,” said Joe Cohn, legislative and policy director for the Foundation for Individual Rights in Education, or FIRE, a civil liberties watchdog group that defends the rights of college students and faculty members. 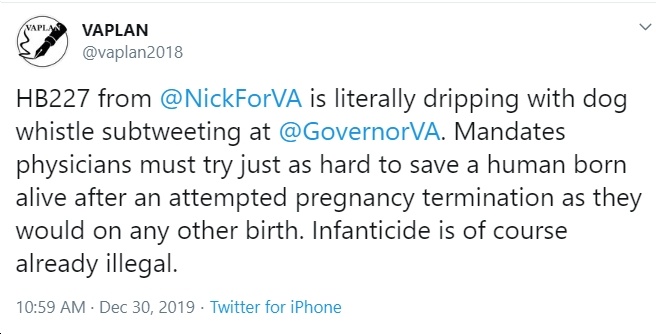