The final report by Richmond’s Navy Hill Development Advisory Commission is now available. See below for the report, the Commission Scoresheet, and for other key findings. Also, just a bit of background, from the Richmond Times-Dispatch:

The issues in red are: risk to general fund, risk to school funds, cost of Navy Hill program and project oversight, and whether the arena is a sound public investment. And a key finding:

“A majority of Commissioners (2Y-5N-2?) did not find the proposed, publicly financed $300 million arena a sound and reasonable public investment in the redevelopment of Downtown [Richmond].”

Not exactly a ringing endorsement of the project.

P.S. Click here for audio of the final meeting of the Navy Hill Development Advisory Committee. 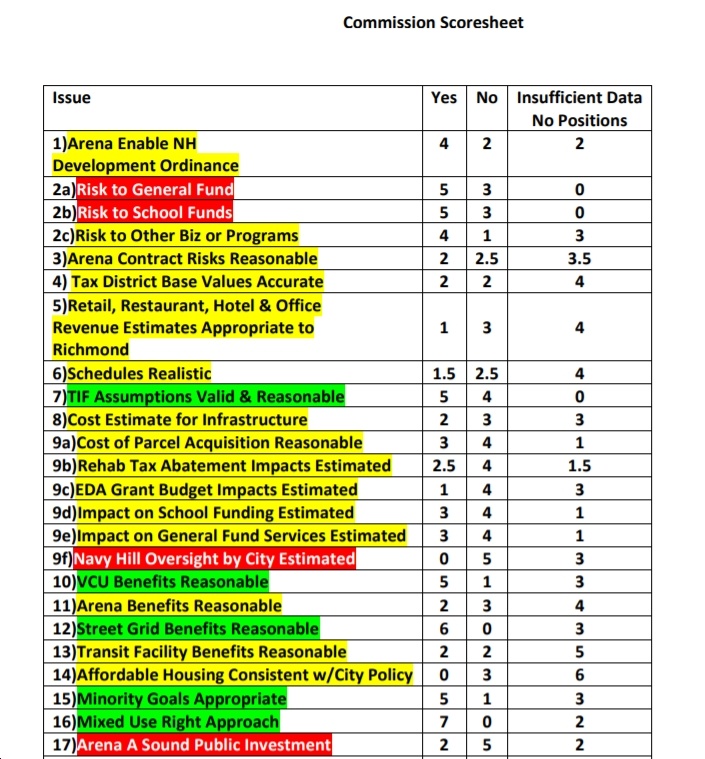 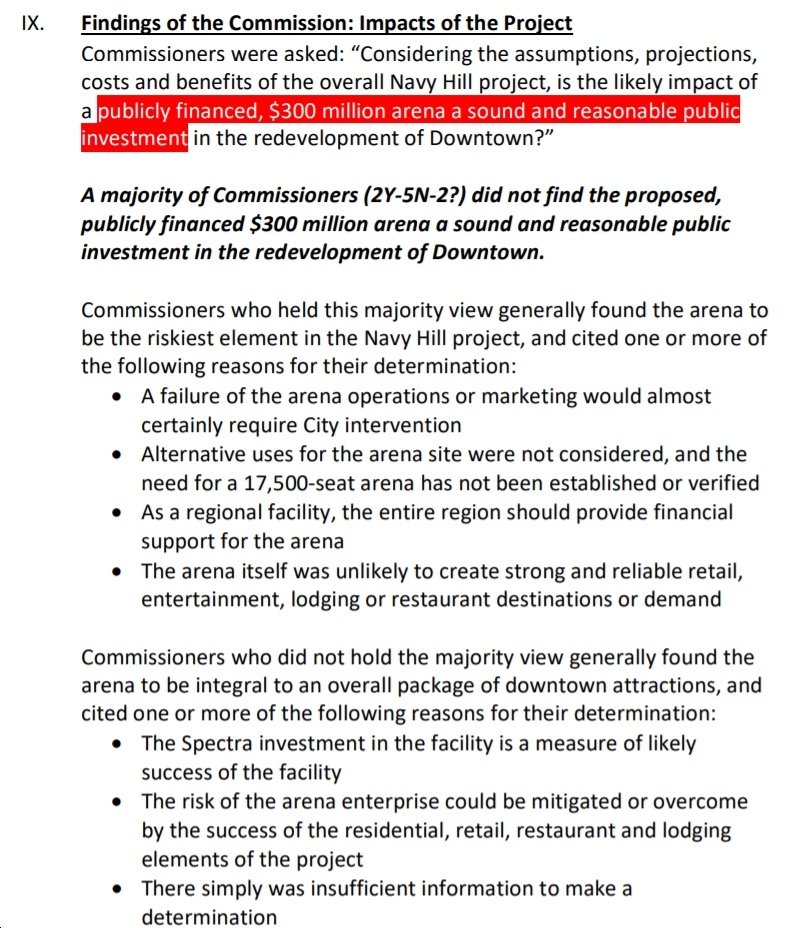