With “Right-to-Work” repeal being discussed right now, and with the possibility that it could at least be weakened in the 2020 Virginia General Assembly, it’s interesting to know which Virginia General Assembly members have been friends of working people, and which have not been. With that question in mind, see below for the Virginia AFL-CIO’s 2019 scorecards for Virginia House of Delegates and State Senate members on labor issues. Results? 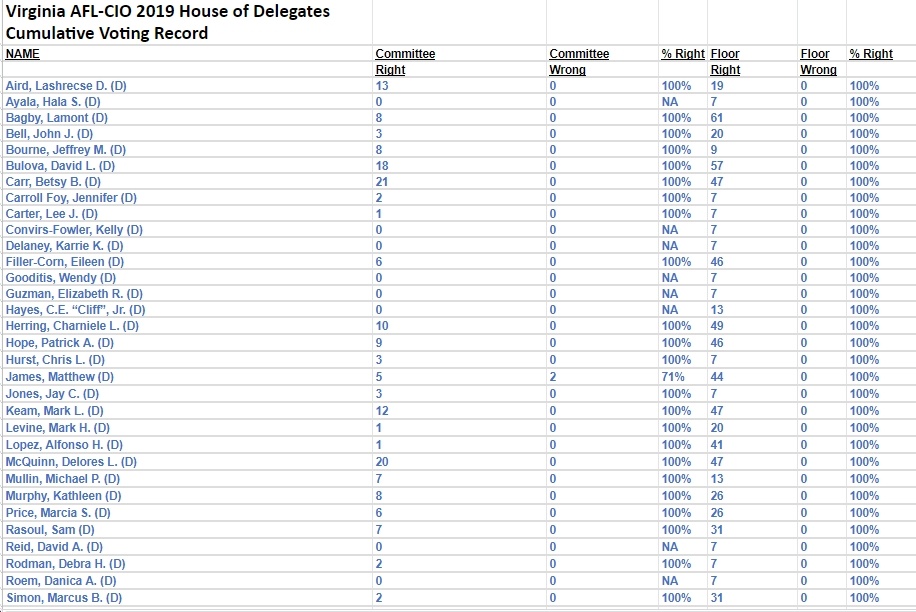 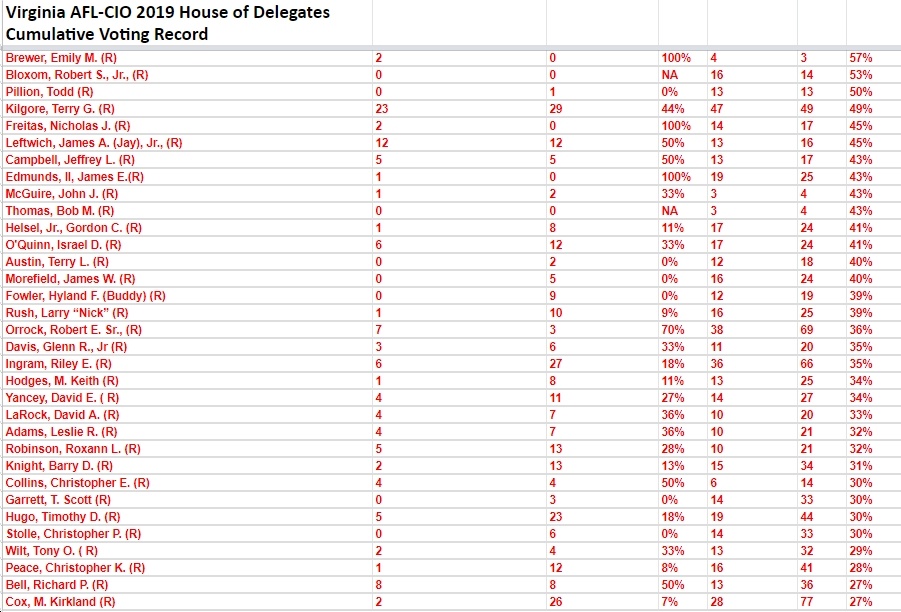 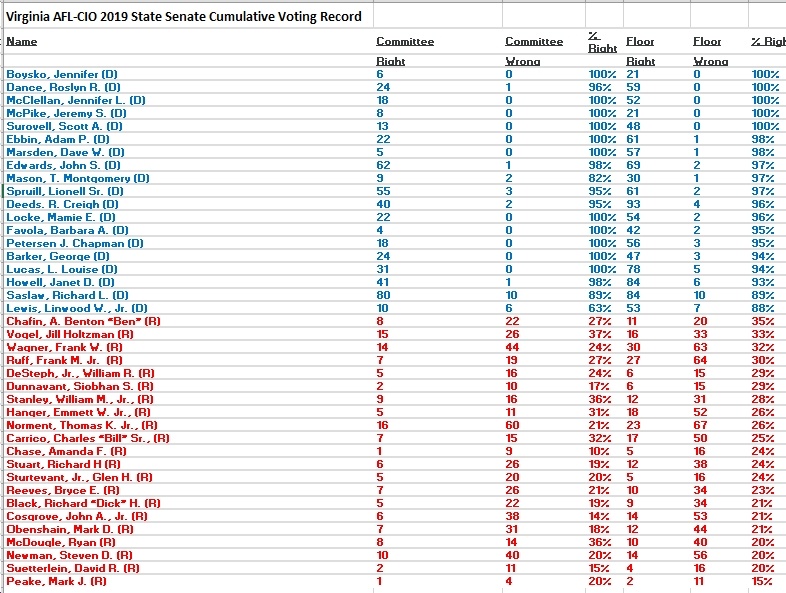 Oh, and check out Activate Virginia’s “whip count” spreadsheet for where Democrats currently stand on “Right-to-Work” (for less) repeal: Democrats support repeal in the House of Delegates by a 49-2 margin, and in the State Senate by a 12-5 margin. Needless to say, based on their horrendous Virginia AFL-CIO scores, Virginia House and Senate Republicans will overwhelmingly and/or unanimously OPPOSE “Right-to-Work” (for less) repeal. But yeah…looks like we’ve got a State Senate problem, and unfortunately not just on this issue.

P.S. See below for floor votes on the 2016 constitutional amendment codifying “Right-to-Work” (for less) in the Virginia constitution. Note that every single House and Senate Democrat voted NO – the right way – on this amendment, while every Republican (other than three not voting) voted YES. 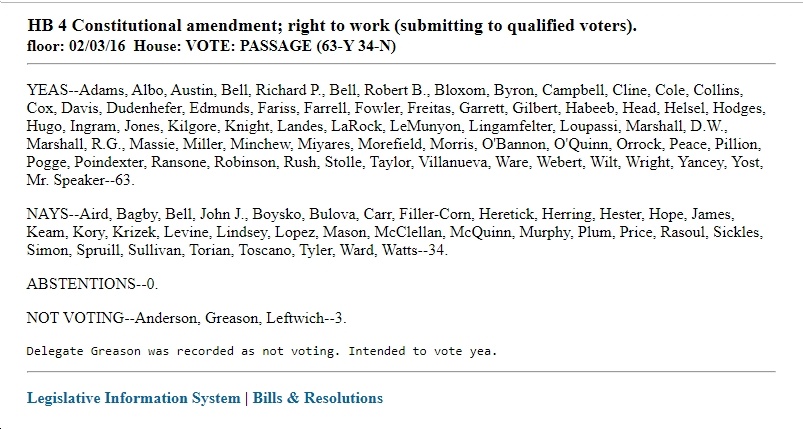 Happy Labor Day From the One Party in America – the Democratic Party! – That Actually Cares About Working People!