This morning, the U.S. Supreme Court is hearing U.S. Forest Service v. Cowpasture River Preservation Association and Atlantic Coast Pipeline LLC v. Cowpasture River Preservation Association, the main issue being [w]hether the United States Forest Service has the authority to grant rights-of-way under the Mineral Leasing Act through lands traversed by the Appalachian Trail within national forests.” Over at the invaluable SCOTUSblog, there’s an excellent preview of the oral arguments. Here are a few highlights that jumped out at me, but definitely read the entire thing if you’re interested in this case. Also, see below the highlights for some updates, tweets, etc. And check out the Southern Environmental Law Center’s press conference, starting at 11:30 am.

Verrrry interesting, I’d say, and also very important not just for the Atlantic Coast Pipeline project, but potentially for other pipeline projects as well. Of course, it would be nice if the Supreme Court would also consider climate and other environmental implications here, but that’s apparently not what’s being argued. It also would be nice if we could have any confidence on this right-wing, Trump-loving court, but…not sure about you, but I sure as hell don’t. So, we’ll see, but honestly I’m not optimistic, simply because this court is terrible. Hope I’m wrong! 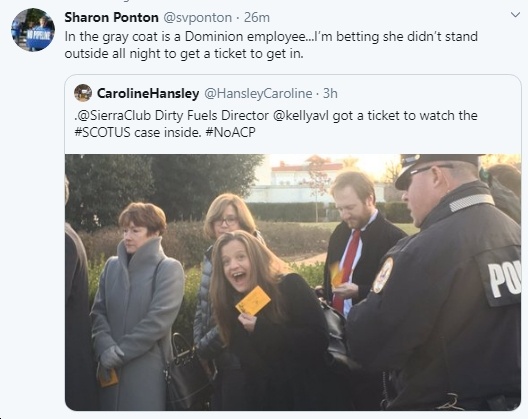 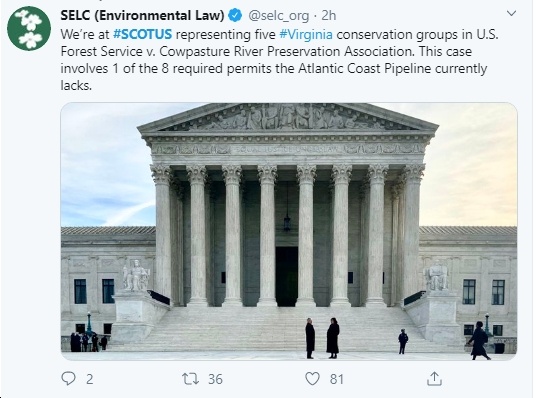 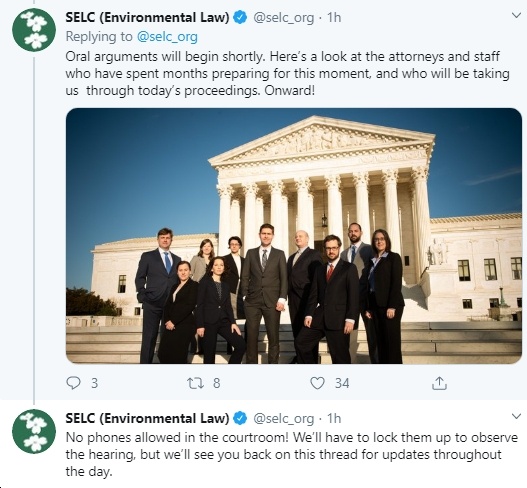 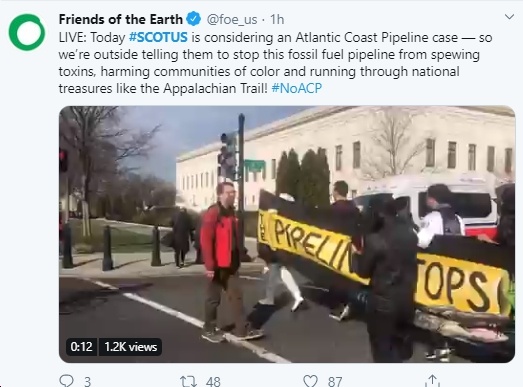 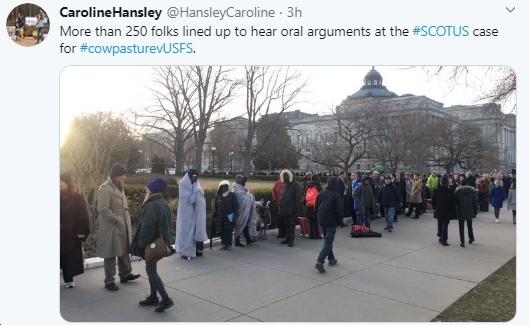 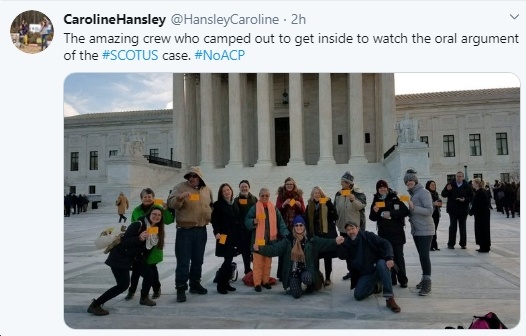 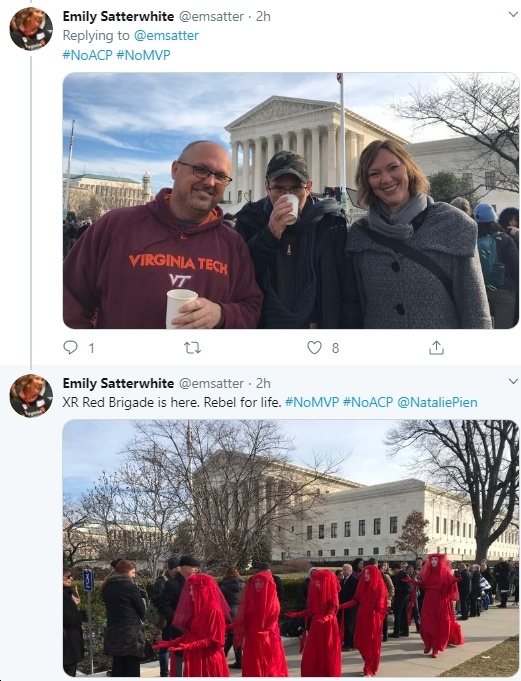 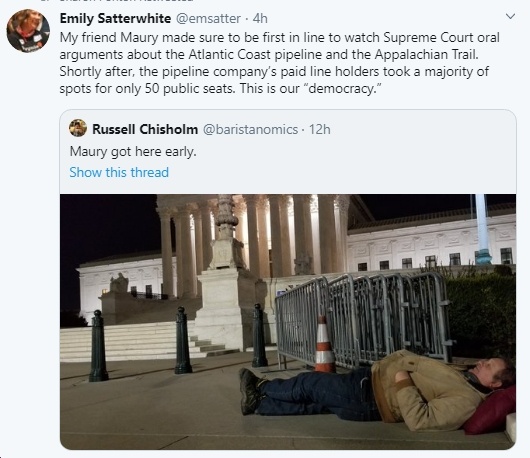 SELC press conference starts about 7 minutes into this video.