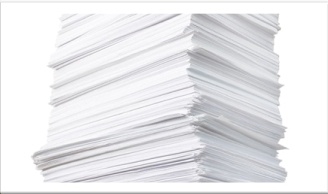 The confetti that rained down after the Super Bowl is a perfect metaphor for the torrent of bills drowning members of the General Assembly. However, no one is lying on the ground in Richmond gleefully making snow angels as the bills swirl playfully around them.

While elation percolates through the blue side of both chambers with the liberation of bills trapped for years in sub-committees, the cacophony of competing and significant priorities comes with a significant price. We’ve trumpeted a few iconic landmark measures such as the ERA and the elimination of Lee-Jackson Day. Many other bills, each one someone’s dream of a better Virginia, has been set aside without so much as a hearing, solely due to a lack of time. In the middle is a mosh pit of legislation, churning through an uneven and chaotic process, in which one bill can be tabled because an elevator stalls and a legislator misses the hearing, another because a room is filled with angry opponents and a third sails forward due to a sad, but factually inaccurate, anecdote of an appealing witness. None of these move or fail on their merits.

The Virginia General Assembly has always been an odd mix of proud tradition, amateur legislators, professional lobbyists, citizen gadflies, too little time and strategically designed rules that quietly, but purposely, favor the status quo. In this year of pent up demand for progress on many social justice fronts, novice committee chairs, and the ticking clock of the 60-day session, the already outlandish workload of the session has gotten nuttier.

The “suits” or “shadow government” as the professional lobbyists are known, don’t care. They line up in their dark blue and black uniforms against the walls of the committee rooms like some wiggly Andy Warhol painting, ready for what the day brings—the only ones prepared for battle, because they have the money, staff and resources to do whatever’s necessary to support their positions. The understaffed legislators, committees and  citizen lobbyists are all hobbling along on half as much sleep, and twice as much work, with no end in sight. The number of bills is 40 percent more than the last cycle, with the same number of days and hours, the same staff to research, and the same time evaluate the consequences of each. 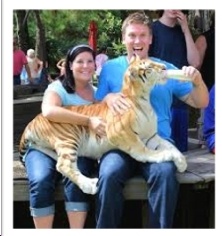 In the middle of one of these frenetic days in late January this year, in a small Senate sub-committee, on a bill for which no advocate was wearing a bright hat or funny sticker, and no line of citizens was waiting to speak, a Senate patron made his best case to his peers and offered a concession on his bill for an elephant named Asha.

The bill, S.B. 1030, prohibits the keeper of a dangerous animal from offering contact or rides with the animal for a fee. This is an issue because businesses buy or breed wild animals such as tigers, monkeys or elephants, offer photos or parties with them and, as the animal grows to a teen, they become a danger to humans by biting, scratching or being disobedient. Elephants such as Asha, used for rides, were originally included in the bill. 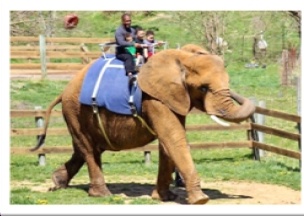 The patron suggested an exemption for Asha, at the request of her owners. Asha is a 35-year-old elephant who has lived her entire life at the Natural Bridge Zoo near Lexington. The zoo has had numerous citations for violations of the Animal Welfare Act over the years and was ordered shuttered on at least one occasion. It’s not an American Zoological Association (AZA) accredited institution. Asha has lived in unnatural conditions, without companionship, her entire life. She gives rides to children for $10 each. The park owners and staff appeared at the hearing to testify that Asha likes to give rides, that it would be sad if she couldn’t give them and that she is in great health and will live many years.

Elephants in captivity live an average of 33 years according to peer reviewed data, so Asha is an old lady, not an elephant in her prime. In addition, her spine is not made to support the weight of up to 250 allowed for the rides. At any moment, 9,500 lb. Asha can decide she does not want to perform or obey any more and the children on her back will be in danger. There is nothing anyone can do in that moment to protect them. We’ve all seen images of rampaging elephants on television who have just had enough of the bull hooks and control. None of this was brought up in committee. The bill did pass out of the sub-committee without amendment, but Asha was not so lucky in the full committee.

One Senator, with an elephant-loving child, noted that the AZA allows contact with elephants so they should be removed from the bill. Madly Googling to see if this could possibly be true, I was surprised to find that, indeed, Zoo Atlanta does allow some limited contact with elephants. I’d been prepared to walk to the podium and challenge the Senator that the AZA would never allow unprotected contact with a wild animal, based on my years of work supervising a sanctuary, but, in the moment, with those limited facts, in that room, filled with the suits and the exhausted legislators, I lost my courage. With the push of a button, Asha, and all other elephants, were exempted from the bill.

I later learned that although the AZA allows limited contact,  Zoo Atlanta offers extremely limited options for a few visitors a day, for a $115 fee, behind a barrier, to hand feed an elephant, with two trained zoo staff in attendance. This is a world of difference from dozens of $10 rides on the back of an old elephant all summer long. But the Committee never heard the distinction. I don’t know if this would have made a difference. I do know that the trajectory of this bill and split-second decision by the committee, that will now damn Asha to this work the rest of her life, is not unique.

This legislature has made (or will make) a significant difference in the lives of Virginians this year with voting reform, drivers licenses for all, non-discrimination, collective bargaining and a host of other ground-breaking reforms. However, in their wake, they’ve also cast off, unnecessarily I think, many others, because they have no way to slow down, take a breath, think, consult or do anything besides play Whac-A -Mole with every legislative decision all day (and night.) They do an excellent job given the game presented, but the many “Ashas” of Virginia lose. While we’re celebrating all we’ve accomplished, I hope there’s some room to consider we can and should do better.