See below for a few photos and video of this year’s Blue Commonwealth Gala. Virginia’s Democratic presidential primary is on March 3, so obviously that’s the focus of many people’s attention. But of course there’s also the fact that Democrats are in charge of Virginia for the first time in ages, passing legislation and getting stuff done.  But, I’d argue, hanging over it all is the urgent need to get Trump out of office, and clearly that’s got a lot of Democrats stressed out. Plus, there’s no clear/obvious consensus for who to nominate against Trump, which is also causing anxiety and infighting. Other than that, everything’s great, eh?  With that…here are some photos and video from the event tonight. Not sure “enjoy” is exactly the right word these days…

“Democrats know how to govern, and Democrats get results!” – @EFillerCorn speaking at the @vademocrats #BCG2020 about the accomplishments of the new Democratic majority in the House of Delegates. pic.twitter.com/dNoAcBgTrE 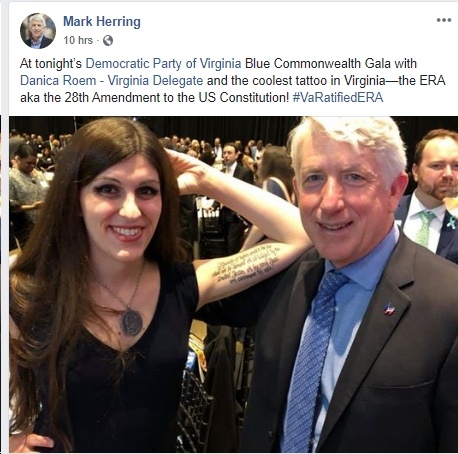 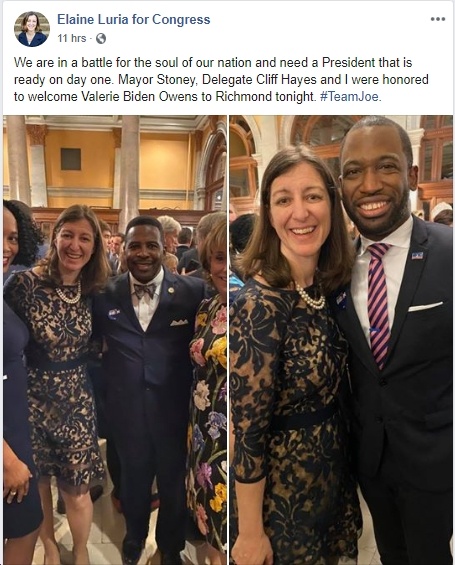 Every year, you hear that this is the most important election in a generation. But this is not hyperbole in 2020. Our republic is at stake! pic.twitter.com/28DeXqs8DH

I’m at #BCG2020 tonight and there’s a lot of buzz & excitement about a certain 2021 Gubernatorial candidate, someone who can unite all Democrats and keep Virginia blue! You guessed it, it’s @AmandaChaseVA! #BCG pic.twitter.com/EyhAaWaphd

The man of the hour @MikeBloomberg arrives at the Democratic gala with a stop in the VIP section. pic.twitter.com/if9fhWQ74e

Mike Bloomberg was name-checked by the Virginia Democratic Party Chair & House Speaker @ their gala tonight, both thanking him for his help. He’s invested heavily in local VA races, helping flip control of the statehouse. At $50K, he was the biggest campaign sponsor of the event: pic.twitter.com/aHBTEdu6QO

.@MarkWarner: “Trump is organizing everywhere this year. He’s got a team in Richmond, a team in Norfolk, a team in Petersburg…even a team in Saint Petersburg!” pic.twitter.com/wpgXaaOjNx

Thank you Mayor @LevarStoney for coming to speak to our central committee meeting this morning in Richmond! pic.twitter.com/WDoPTlxUyZ 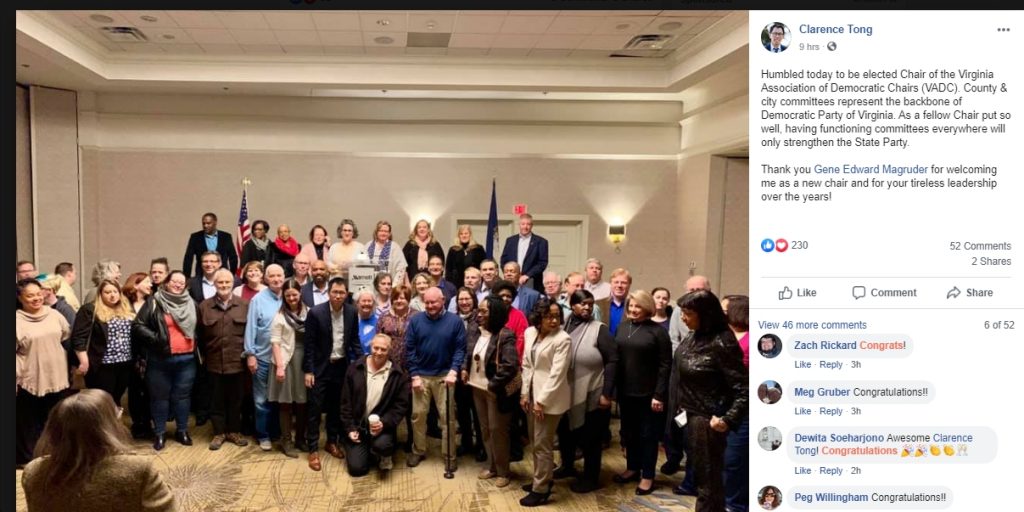 As Lt. Gov Justin Fairfax speaks, a group of a couple dozen or so people (almost all women) walk out. They say women and POC weren’t properly consulted in giving him a speaking invite. pic.twitter.com/jhX2H2iarI

Fairfax wasn’t listed in the program, but he seemed pretty certain he would speak when I interviewed him last week. pic.twitter.com/zCv6F9FKZD