See below for a few Virginia-related highlights from the latest National Solar Jobs Census, out this morning. As you can see, Virginia is *finally* starting to show some progress on solar power – under Democratic leadership, of course – and that, as the report says, “Thanks to new state policies in support of renewable energy, this growth is expected to continue.” As of 2019, Virginia reached 843 megawatts (MW) in cumulative installed solar power capacity, ranking the state #17 on that metric. Virginia saw 15.4% growth in solar jobs from 2018 to 2019, with a total of 4,489 solar jobs as of 2019. So…Virginia’s getting there, although still not fast enough. But hopefully, the Virginia Clean Economy Act will result in an acceleration of Virginia clean energy growth in coming years, turning us from laggard to leader nationally in the transition to a clean energy economy. 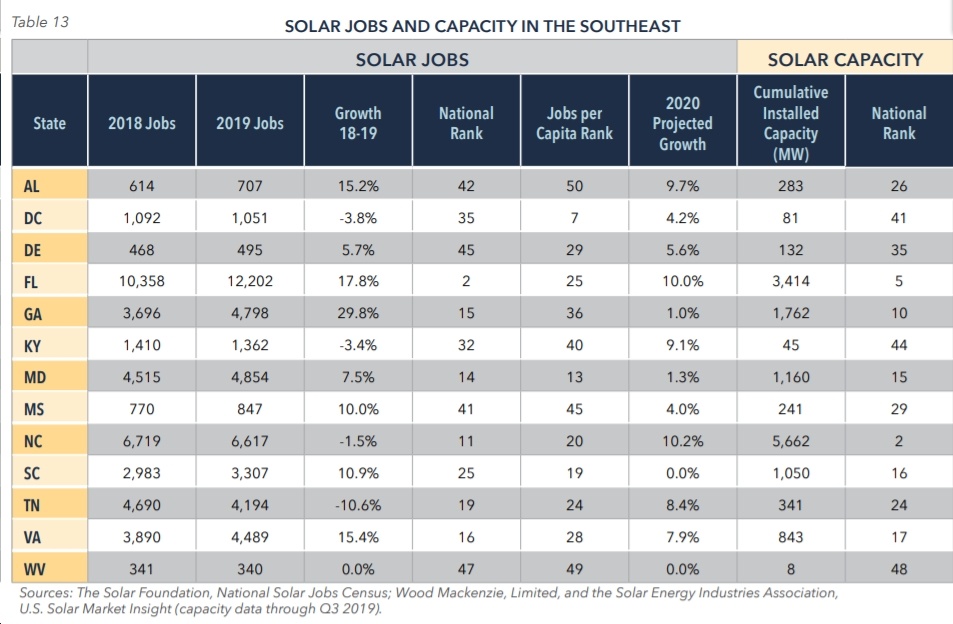 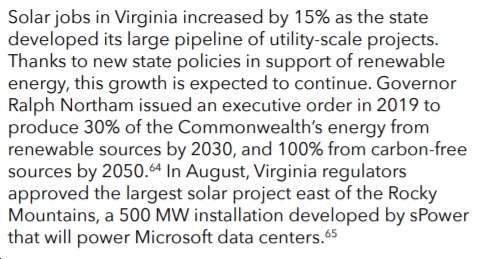 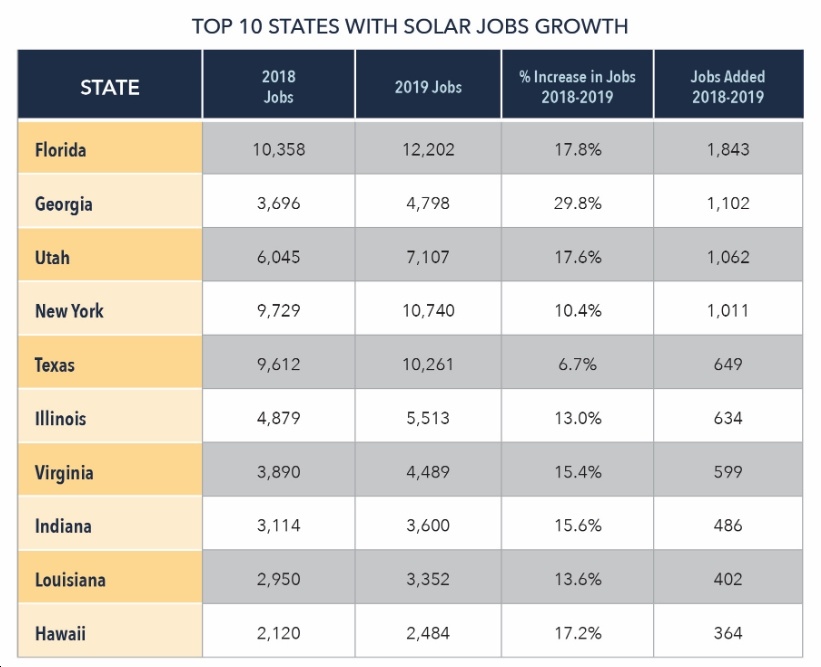 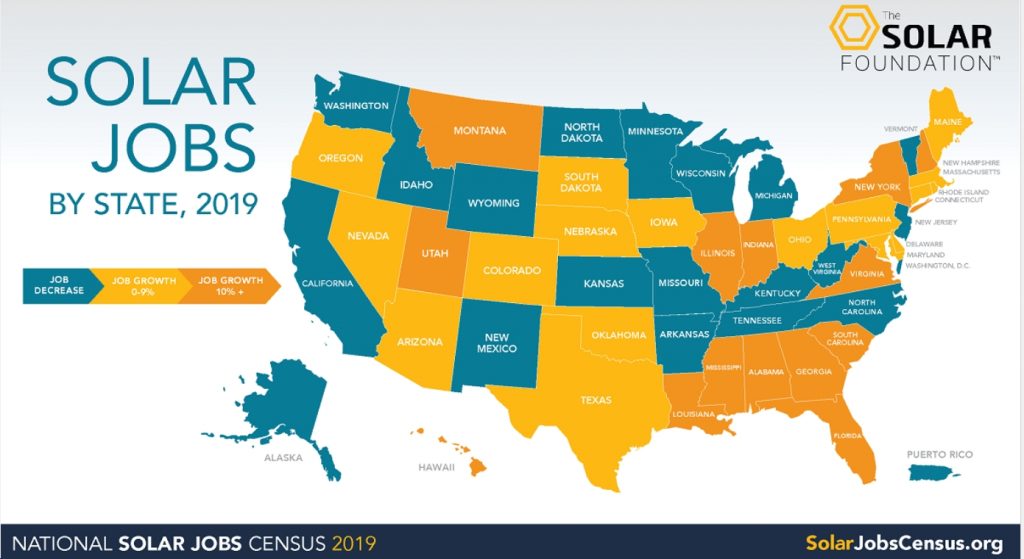 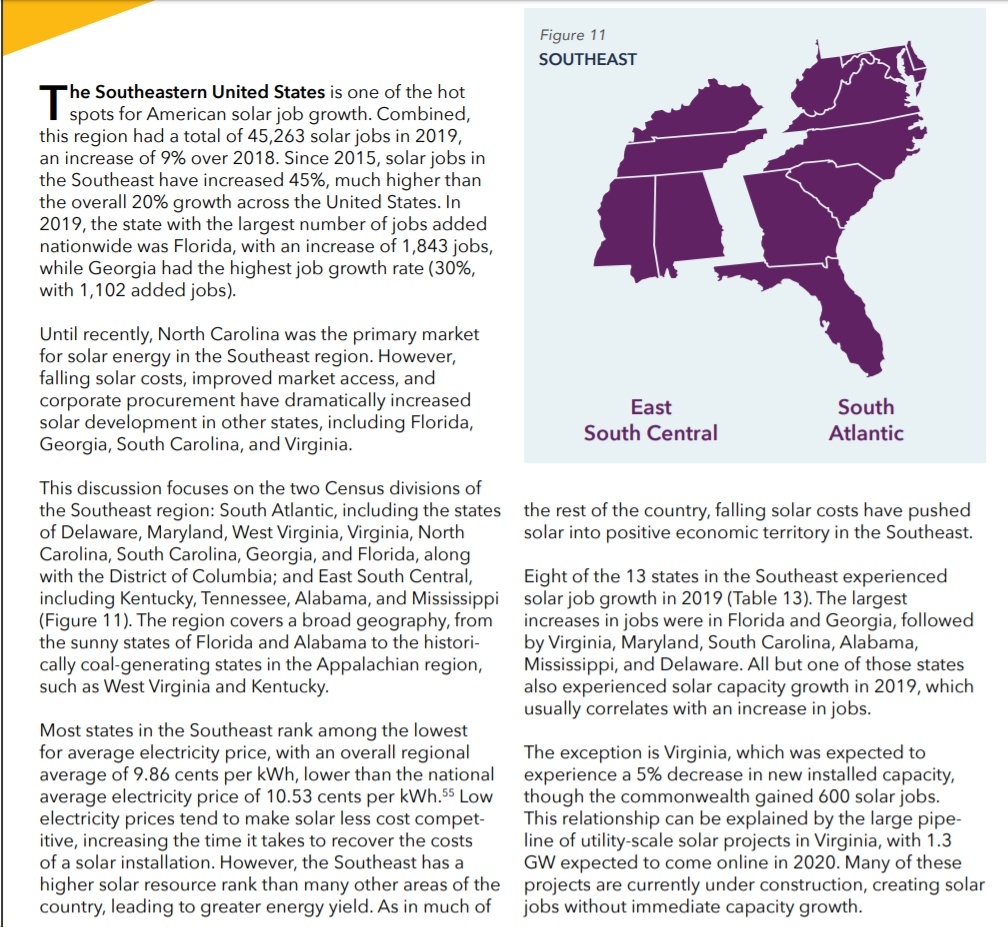 P.S. Also note the massive drop in solar PV prices since 2010, as well as the increase in employment (which, for whatever reasons, leveled off after Trump took office…hmmm.) 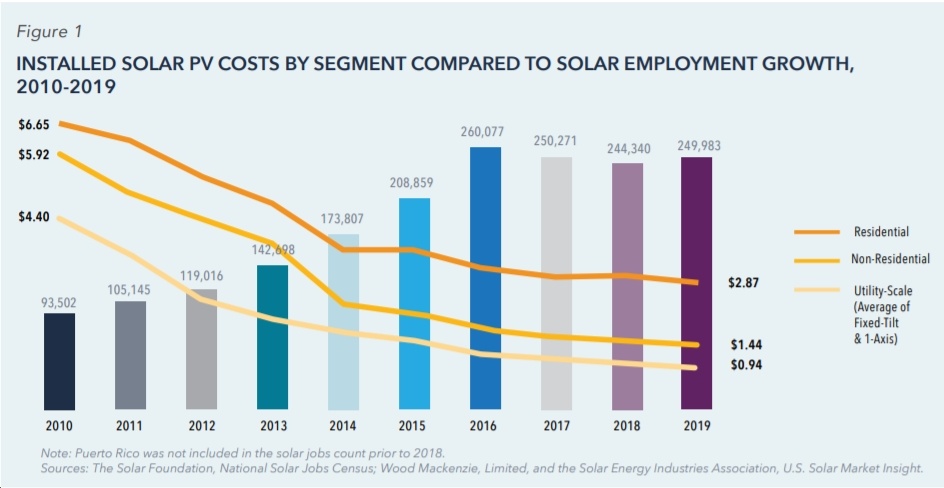