“Voters should not be forced to choose between exercising their Constitutional rights and preserving their own health and that of their community. Conducting the May and June elections entirely by mail is common sense and strikes the correct balance between, protecting voter’s rights while simultaneously protecting their personal health.”

VPAP asks, “Can you hold an election if half the voters are self-quarantined?” Particularly older voters, who normally make up a disproportionately large share of the vote in “small-turnout municipal elections,” such as in May 5 in Virginia. Fortunately, the answer is…yes, at least in theory – by going to the Virginia Department of Elections website and requesting an absentee ballot due to “disability or illness.” Let’s hope that does the trick and we can hold elections, as scheduled, without endangering anyone in the process.

The Department of Elections has issued guidance saying that anyone can vote absentee on May 5 if they are concerned that coming to the polls on Election Day would jeopardize their health or the health of others. Such voters can cite “disability or illness” as the reason for absentee voting. To request an absentee ballot, visit the Virginia Department of Elections Online Portal. 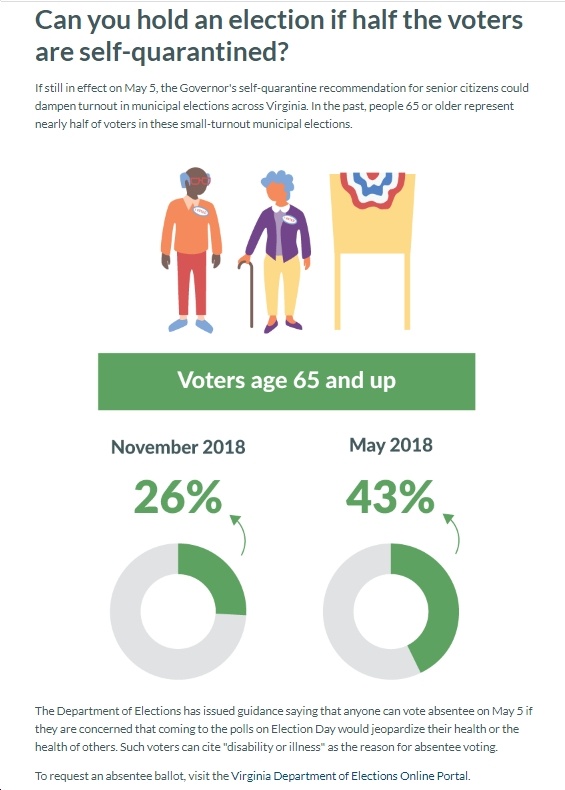