Note that the three cases – “Severe control measures,” “Some control measures,” “No transmission reduction” –  are defined as: 1) “if overall transmission is cut by 50 percent…from what it has been so far”; 2) “[if overall transmission is cut] by 25 percent from what it has been so far”; 3) the “unlikely” scenario of “what could happen without any intervention.” Clearly, we’re not doing #3; to the contrary, we’ve massively changed our behavior. So…hopefully, we’re talking something *much* closer to #1, because obviously #3 would be a disaster and #2 doesn’t look great either. The problem, of course, is maintaining “Severe control measures” for months. How’s that going to work, exactly? Got me. Meanwhile, we really need to crank up testing big time, so we at least know who’s infected and who isn’t. But yeah, it could be a looong next few months…sigh. 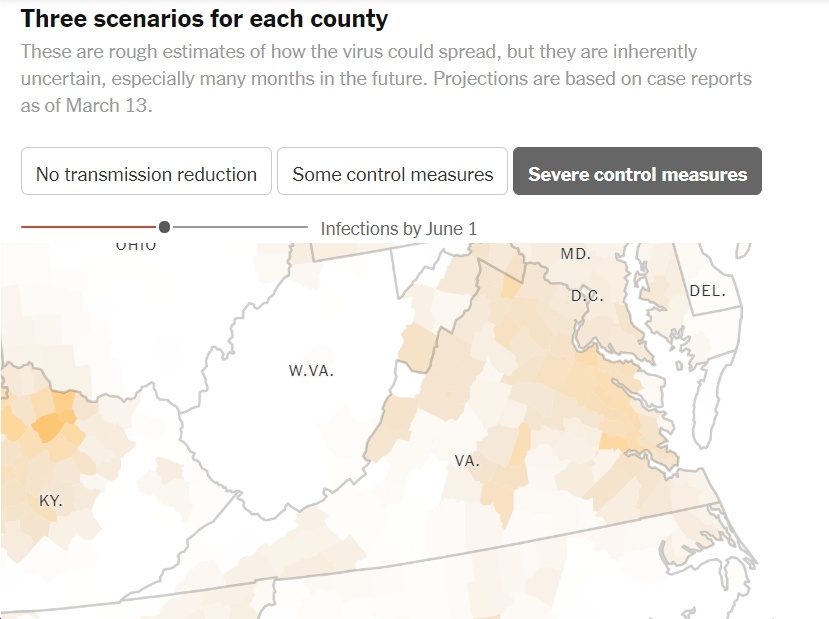 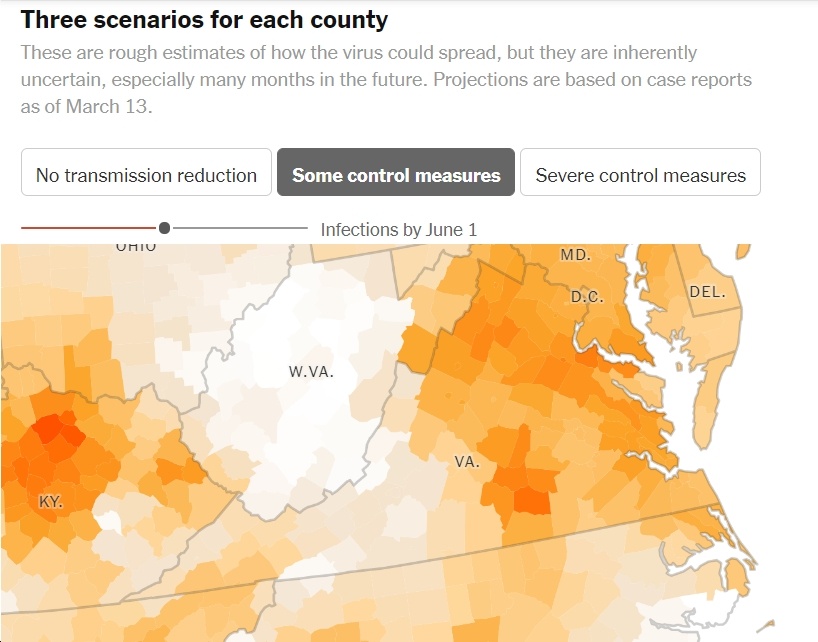 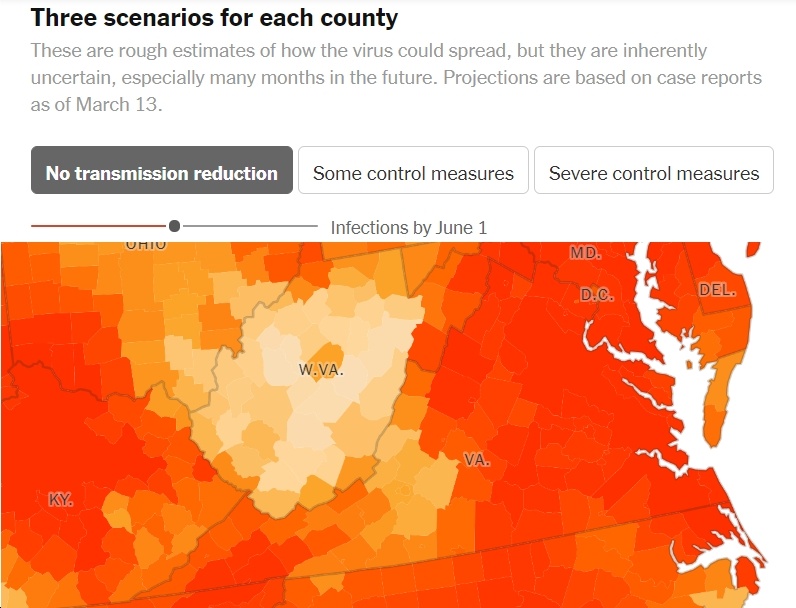 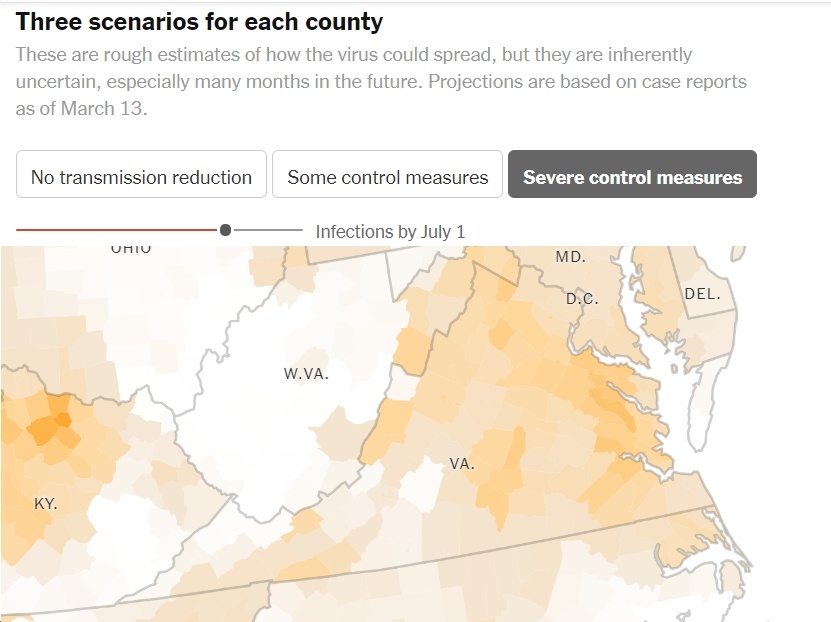 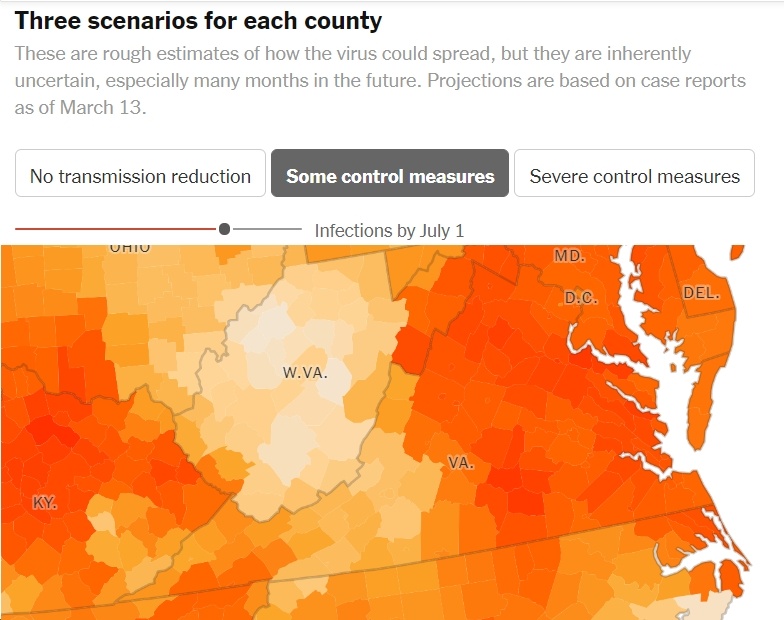 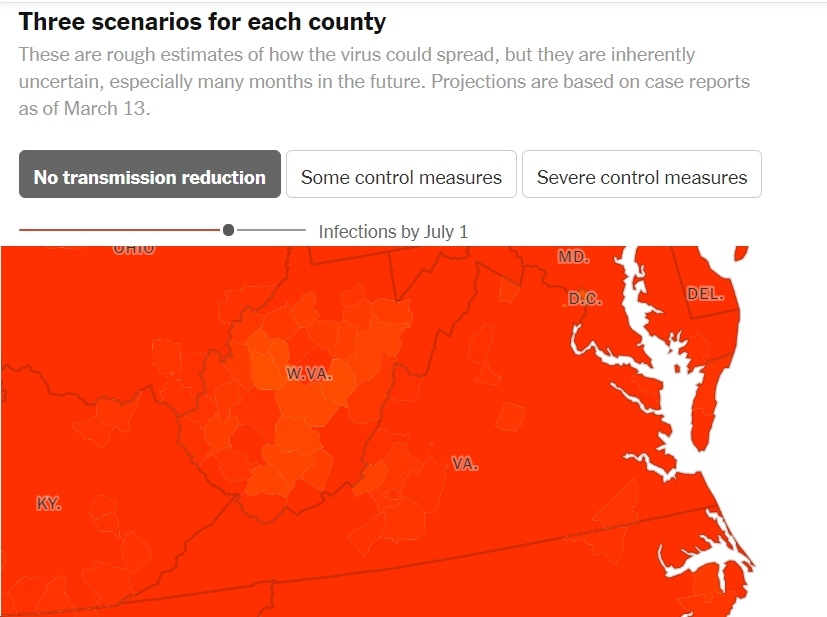 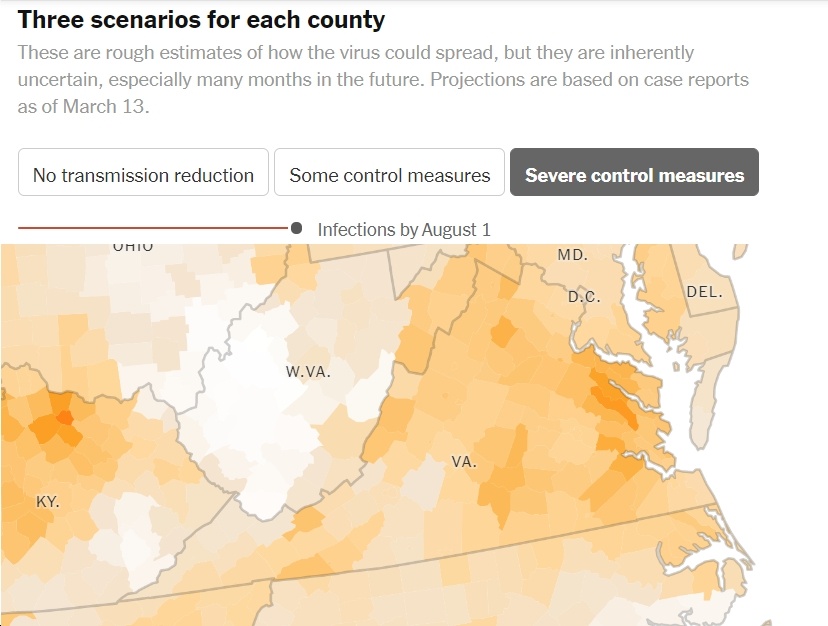 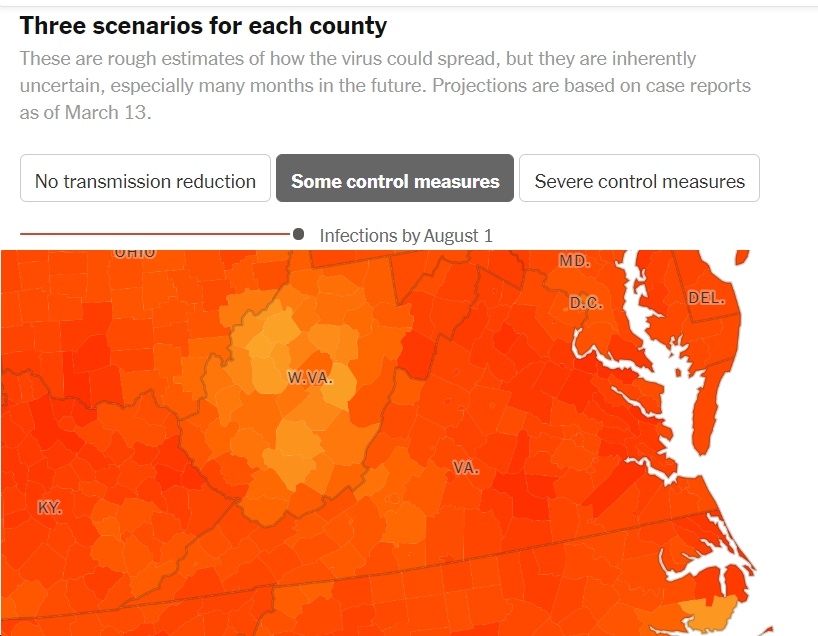 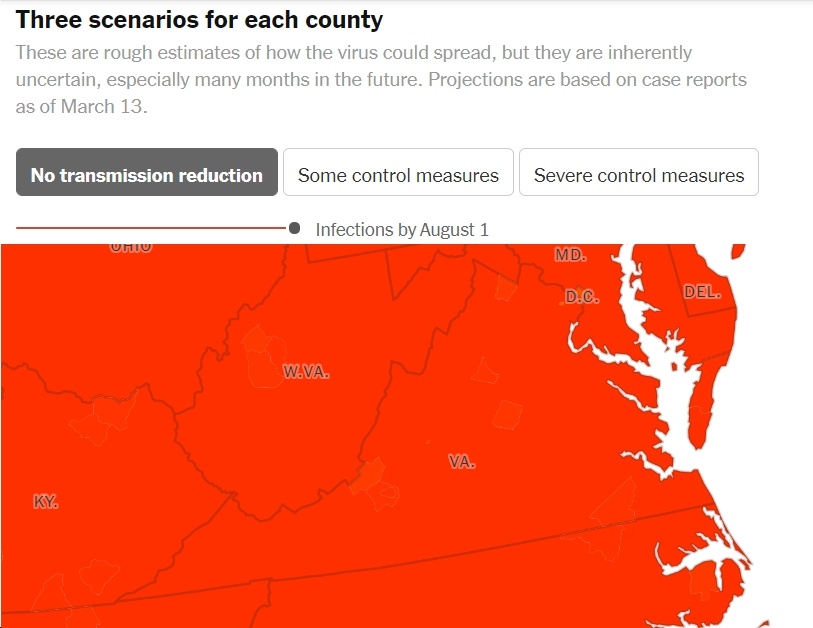 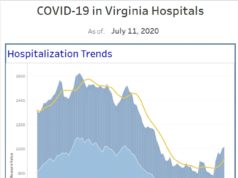