See below for several interesting infographics from VPAP about the 2020 Virginia General Assembly. 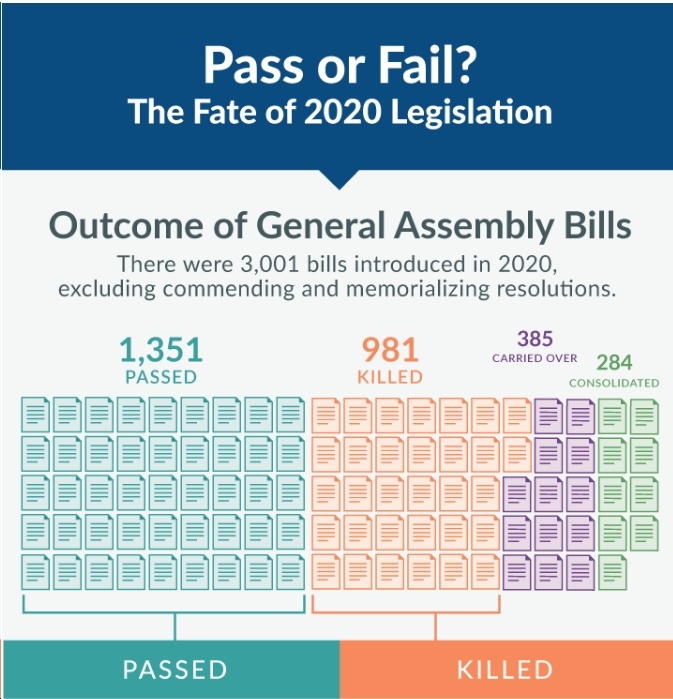 Next, it’s interesting to note that a significant percentage of bills passed either unanimously (511), with just “slight” opposition (>150) or “some” opposition (>200). The remainder were passed with either “notable” (>150) or “great” (~300) opposition. Most bills that died were via a recorded vote, although a significant number (281) had no recorded vote. And most bills that died were in committee or subcommittee, with only 49 that made it to the floor or to conference committee biting the dust there. 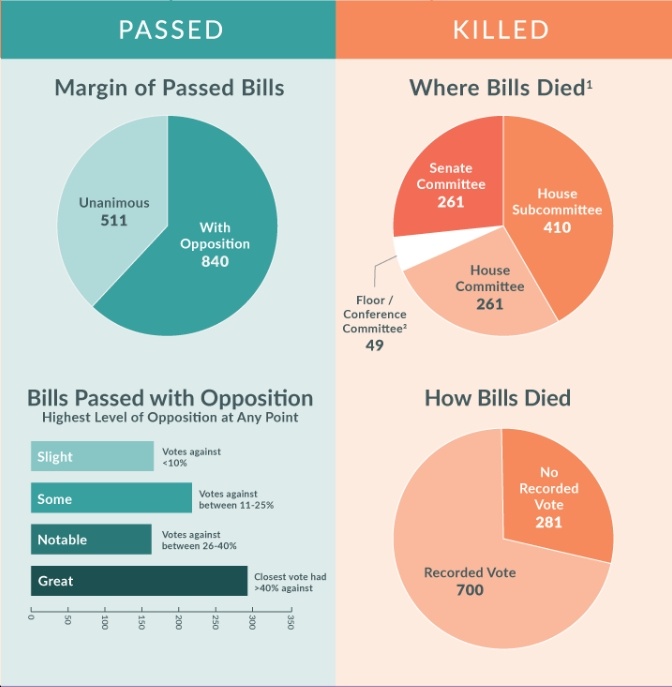 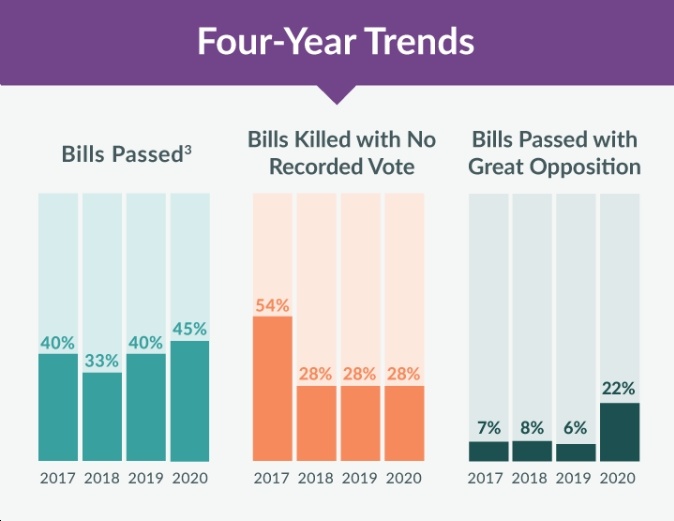 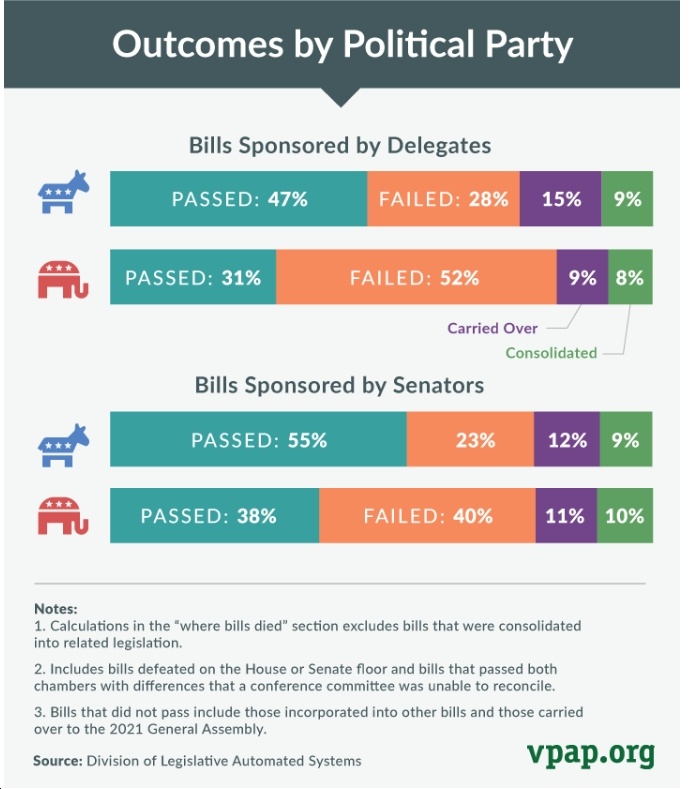