See below for some graphics and tables about the # of bills patroned by the 76 Virginia House and Senate Democrats – as well as 17 Republicans for comparison purposes – in the 2020 General Assembly session, as well as the number of patroned bills that passed, both in absolute numbers and as a passing percentage.  First, though, here are some serious caveats to keep in mind when looking at these numbers and graphics. 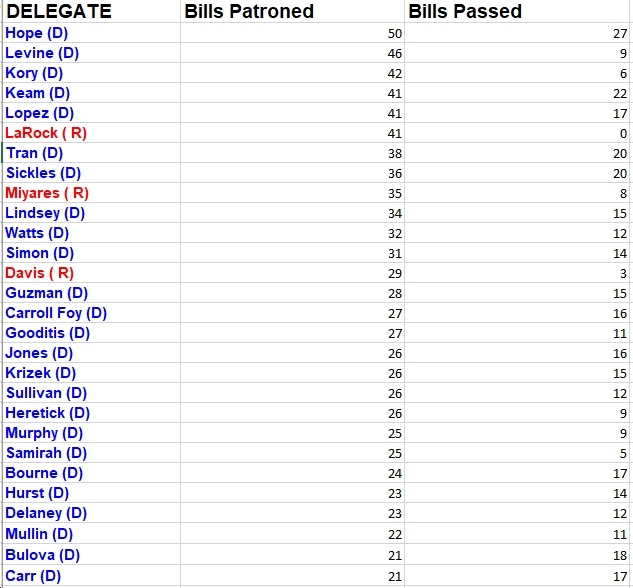 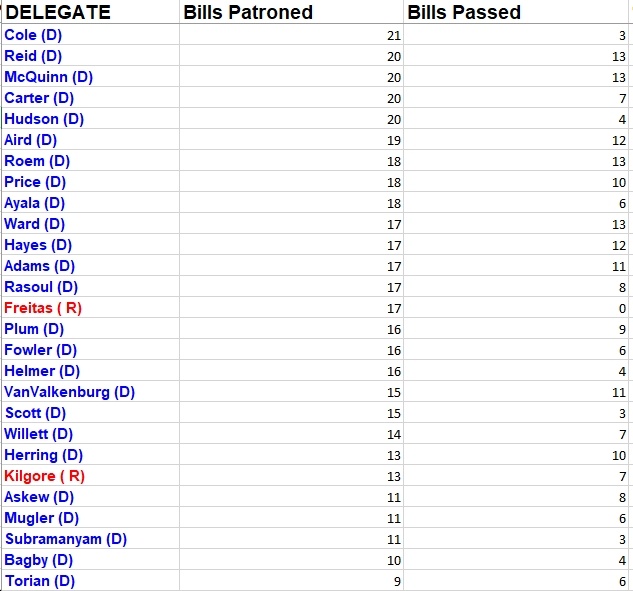 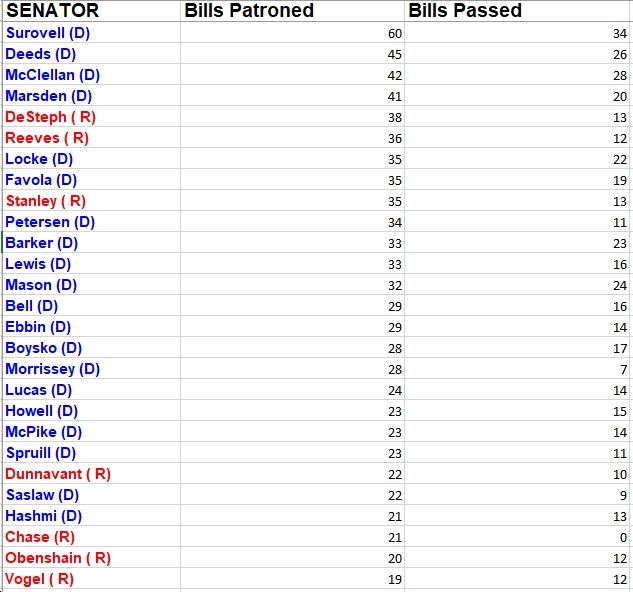 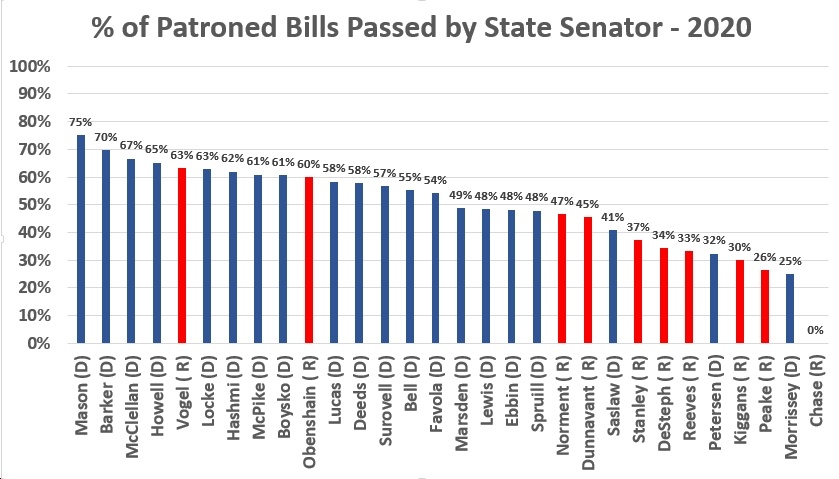