See below for video, tweets, etc. about the votes last night in the 2020 Virginia General Assembly’s final hours to give hardworking Virginians a pay raise! First, check out the video (courtesy of Del. Josh Cole) of Del. Jeion Ward (D) – who played a major role in delivering this pay raise, along with Speaker Eileen Filler-Corn, Senate Majority Leader Dick Saslaw, etc. – speaking about the legislation. Also note, as Del. Danica Roem (D) pointed out, that every single Republican delegate voted to NOT give hardworking Virginians a pay raise, but instead voted to “stay at $7.25 in perpetuity.” Was this everything we wanted? No, but as Del. Lee Carter (D) pointed out, this was “the best we could get through both chamber,” “took a lot of arm twisting to make it happen,” and in the end “will improve millions of lives.” So…great work, Virginia Democrats, and no thanks to Virginia Republicans! 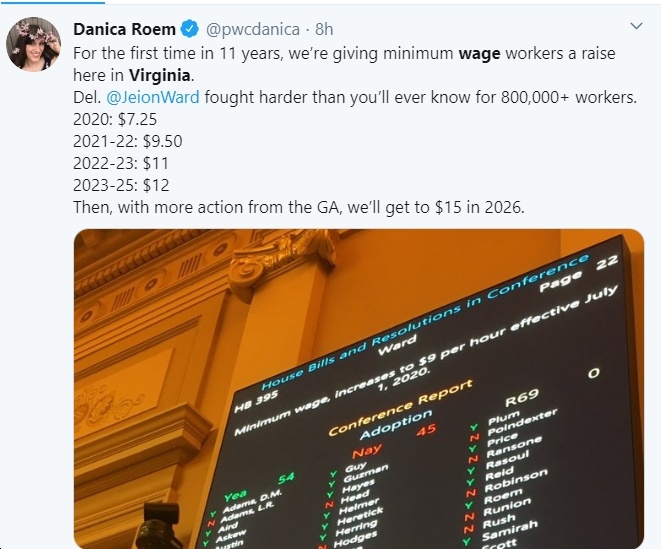 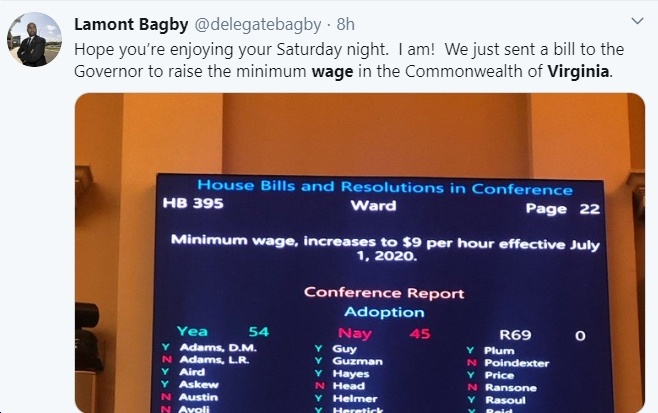 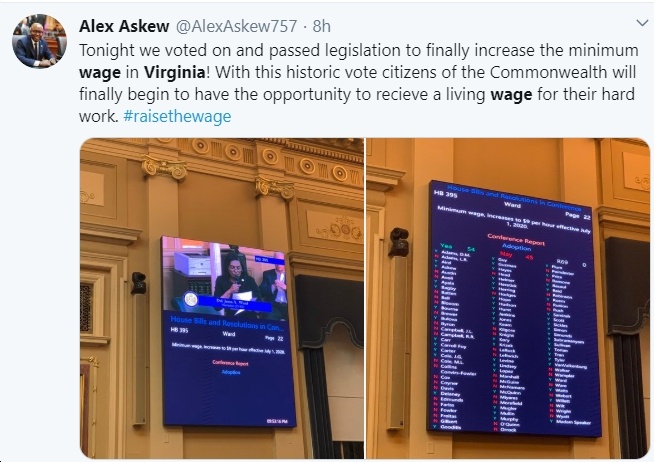 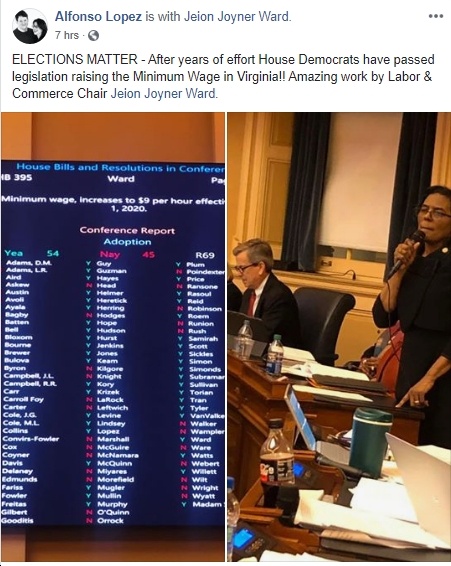 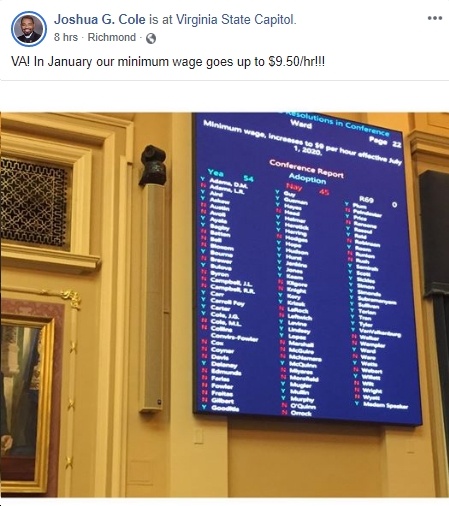 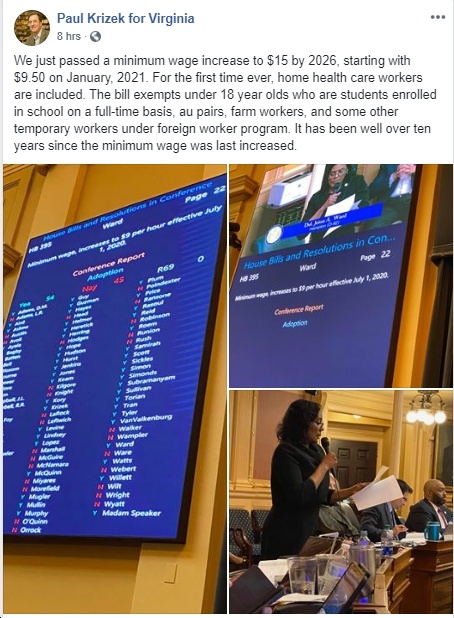 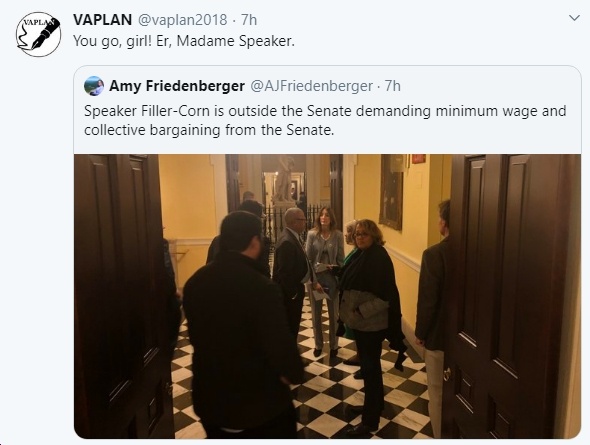 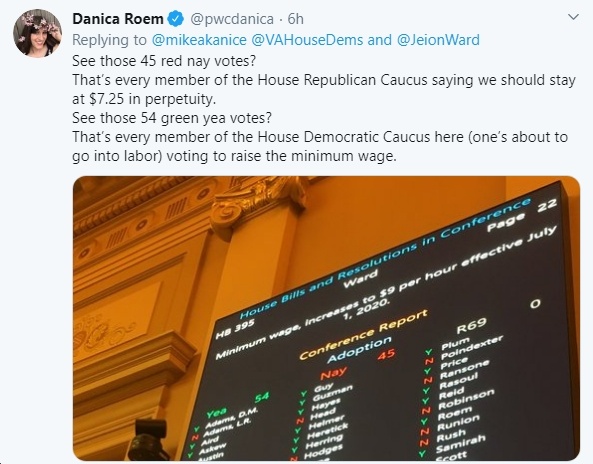 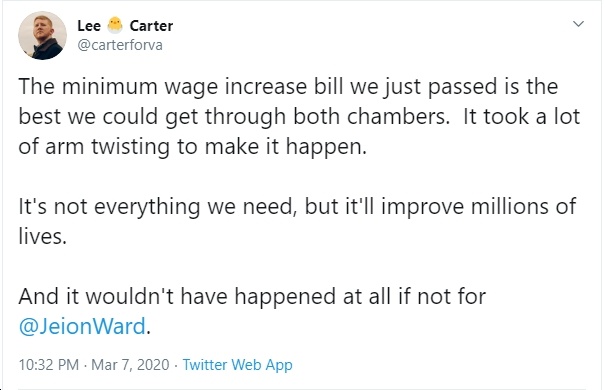 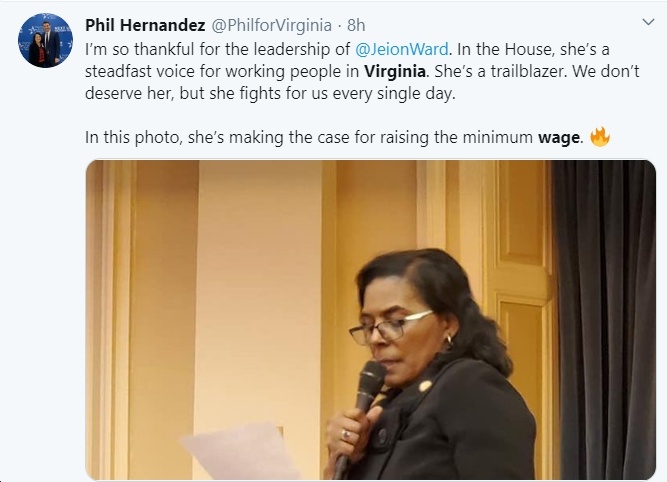 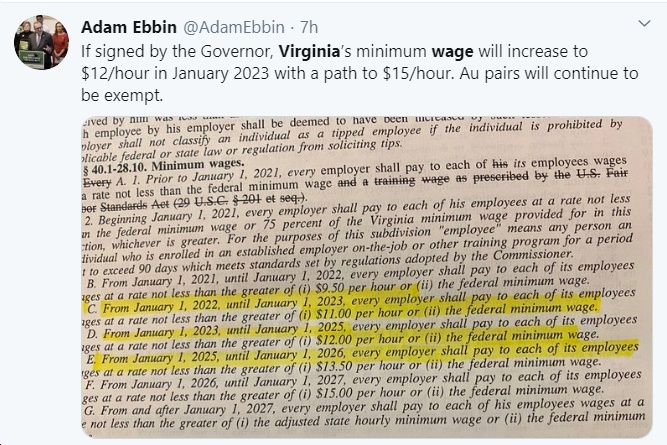 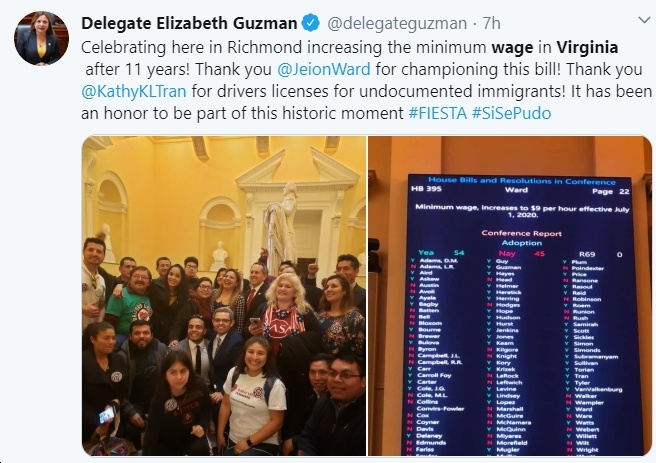