Ugh, so so stupid…Republicans and right-wing groups just got their way, with the help of – bizarrely – several Democrats. So, in the end, after Delegates Cia Price, Mark Levine, Paul Krizek and Joe Lindsey absolutely demolished this “piss-poor amendment” (as Lindsey correctly called it), the House Privileges & Elections Committee just voted 13-8 to report the “awful” “disaster” constitutional amendment for a bipartisan (controlled by Republican and Democratic legislators, definitely NOT “nonpartisan” or “independent”) to the House floor.

See below for VAPLAN‘s blow-by-blow account. I’ll add video as soon as it finishes uploading. Bottom line: this is a big, big mistake, especially given that we could actually work to get this right, pass actual nonpartisan redistricting legislation (and ultimately an amendment as well), and not put this fatally flawed amendment into the Virginia constitution. I really, really don’t understand what Democrats who voted for this were thinking, but…there you have it. 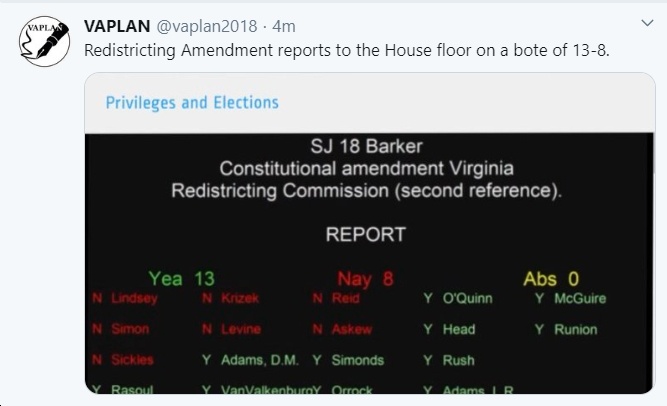 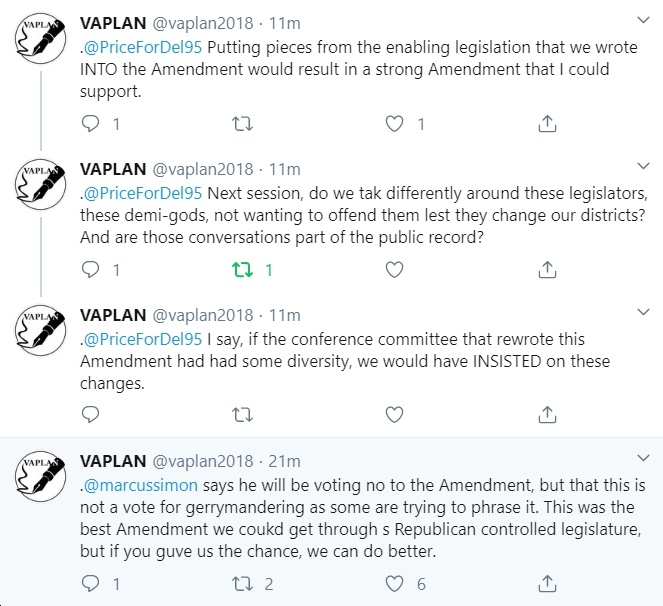 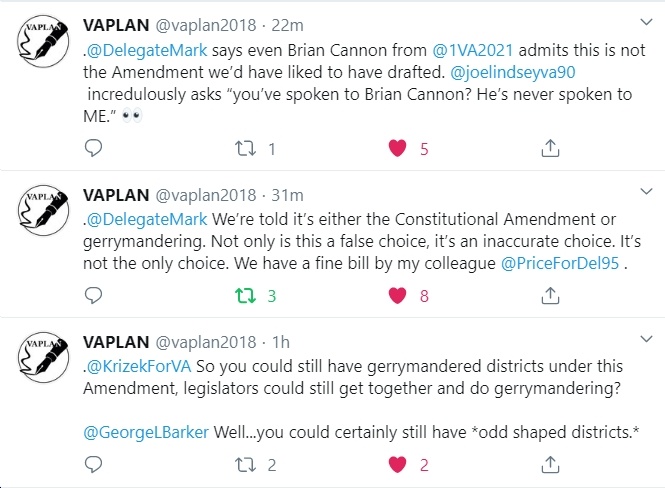 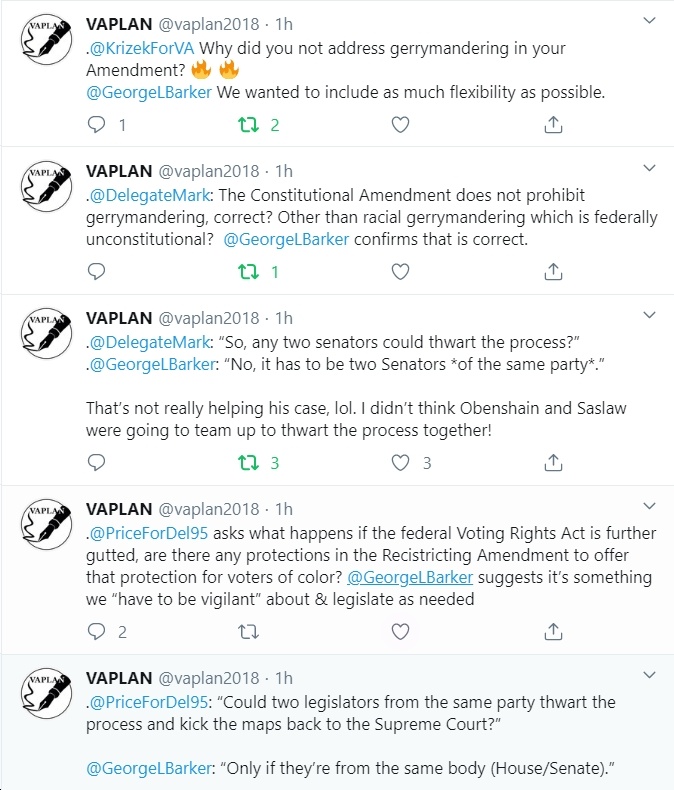 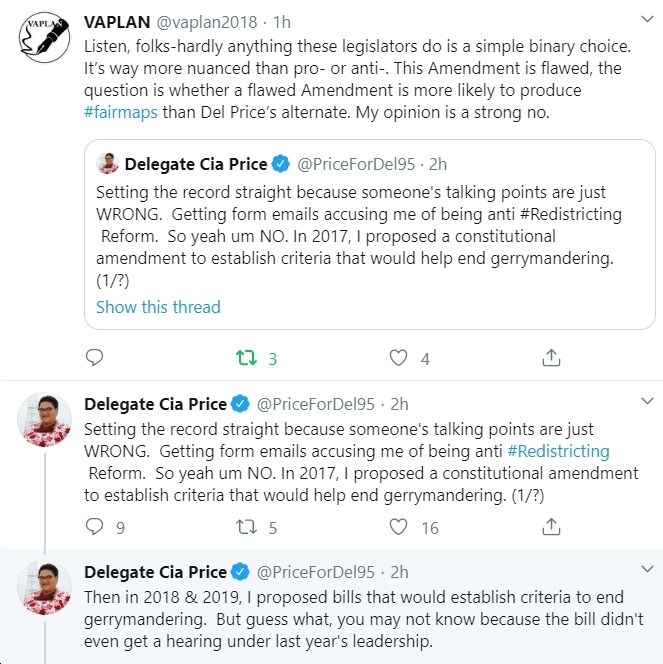