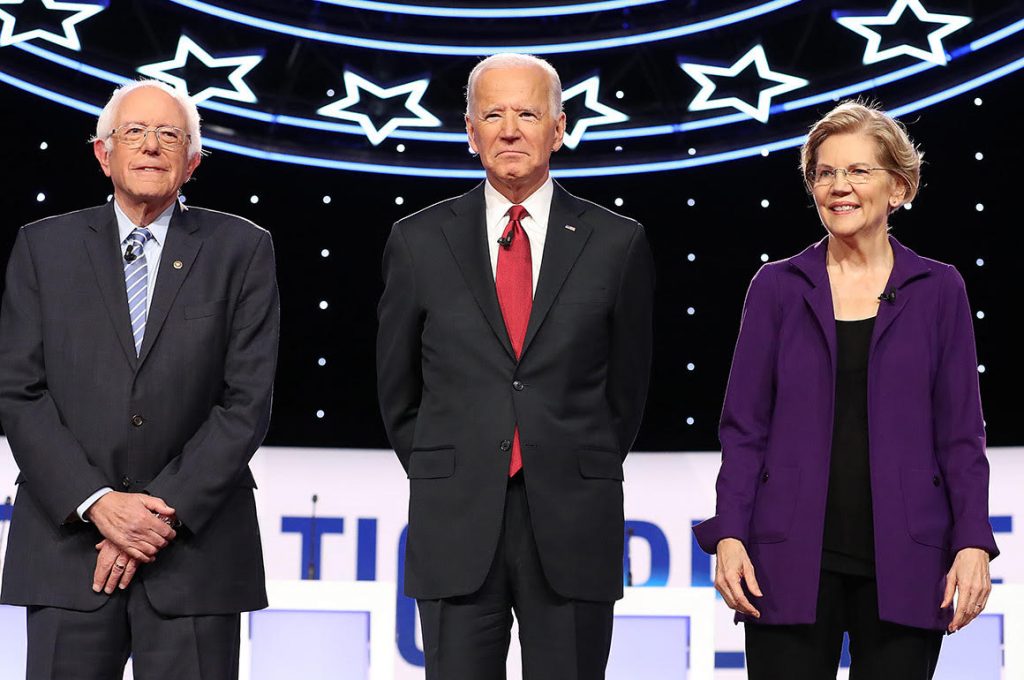 by Matt Royer – a member of the 8th Congressional District Committee, the 2020 8th Congressional District Convention Resolutions Chair, Vice President of the Arlington Young Democrats, member of the Northern Virginia Labor Federation, and candidate for Virginia Young Democrats Campaign Director. All viewpoints and opinions reflected here are his own.

The 2020 Democratic presidential primary campaign season is nearing its end. What has felt like a few years – and has been since former Congressman John Delaney started running for president back in 2017 and moved to Iowa shortly after – has culminated in probably one of the most formative primaries in our party’s recent memory. We had the highest number of women to ever run in a single Presidential election; probably the largest age ranges, with Mayor Pete being the youngest in the race at 37 at the start of his campaign and Bernie Sanders being the oldest in the race at 78; and the most diverse field of candidates to date. However, as many are experiencing right now, that all has been dwindled down to a single candidate still running (for better or worse): former Vice President Joe Biden. Which has left many progressives sitting and thinking: “Well what are we supposed to do now?”

While many of the Biden supporters and party officials are planning for the General Election, I can tell you one thing we shouldn’t do, which is to barrage progressives and younger voters who were Bernie supporters – and even Warren supporters or millennials who identified with Mayor Pete as a voice for their generation – with, “I told you so”s.

One thing that will not help unite our party is to seemingly dismiss the viewpoints and the passion that these people put into their candidates’ respective runs and diminish them to the fact that they “lost.” We have many voters, especially some who may have voted in their very first Presidential primary or even election, who have seen their candidate drop out at this point in time. As someone who supported Kamala, Warren and Bernie this primary season, I can tell you that my heart sunk each time one of them announced that they were no longer running. I also know how it feels to put your blood, sweat, and tears into a primary campaign and invest time into a primary candidate, even if not from a professional standpoint, to not seem them gain the nomination. It is disheartening and leaves you feeling like, “Does this even matter?”

Many will point to Trump’s election in 2016 and blame Bernie supporters for staying home or voting Third Party because they were sore losers in the primary. But honestly, I don’t believe that to be the case. What we are dealing with here are not people who are acting out against someone because they despise them and therefore won’t vote for them. This is a group of people feeling that their voices don’t matter and that *they* don’t matter, because everything that they fought and that they believe in has now been summed up in one dismissive sentence which is: “Well, your candidate lost.”

Do you think that inspires hope? Do you think someone hearing that will say, “You know what? You’re right. I might as well get over it?” Nope. By dismissing these people, you are disenfranchising millions of people. Because here’s the thing: voters who are young or who are just starting to get involved with politics do not turn out just to vote. As I noted in a piece I co-wrote in 2018 about Millennial and Gen Z Voter behaviors, my generation and the generation below me don’t just vote when they see any Democrat. They get excited and they vote when they hear a message that they can get on board with. This is why so many people were so passionate and motivated this primary season. And as the largest voting block in the United States, this should absolutely be taken seriously.

They heard Bernie talking about Medicare for All and how we’re going to bring the working class to an even playing field and they knew that they could support that because they’ve seen their own family struggle through financial hardships.

They heard Elizabeth Warren talking about how we need to hold our banks and Wall Street accountable and got behind that because they’ve lived through the economic crisis of 2008 and know how some have never recovered.

They heard Kamala Harris talking about what it was like to grow up as a young black girl in America and they identified with those hardships she went through.

Millennials heard Mayor Pete talk about his financial struggles as a young person, and the LGBTQ community saw a representative in him for the first time running as an openly gay man for the President of the United States.

Dreamers and Immigrant families saw a champion in Secretary Castro that they have not normally seen on a Presidential stage. Gillibrand had brought up women’s issues as the basis of her platform, which inspired women to know that their voices and their concerns should be a priority.

People were dying in his home state of Texas in a mass shooting and Beto O’Rourke stood up there and said what everyone was already thinking, which was, “This is fucked up.”

They heard Governor Jay Inslee and Tom Steyer talk about how the climate crisis should be our number one priority and they agreed, because they want the planet to still be here for their kids’ futures or even their own future.

I can name so many examples, but here’s the thing: those folks didn’t just show up because the candidates had a D next to their name. It’s not blind fanaticism. The message they heard was inspiring, and they could relate to it, and therefore that made them motivated to get to the ballot box and vote for that candidate. If we truly want to defeat Donald Trump in November, it would serve us right to listen to the messages that these people are championing because to them they are not talking points. What these people are saying is what they are living through every single day.

Vice President Biden (assuming he is the nominee) and his team would benefit from taking on that mindset: that we should not just adhere to what we assume that these people want to hear, but we should call on those groups and embolden them and listen to them to know what we need to work on. The worst thing you can do is to kick Bernie Supporters while they are down right now. We should not turn them away like they are somehow the other. These are passionate, progressive activists and they deserve to have their voices heard as well. And forget whatever is on Twitter, that doesn’t ever accurately depict what a movement actually thinks. After all, don’t we believe that it’s not the bad acts of few that should translate to the condemnation of an entire group of people?

No, Biden was not my first choice, my second choice, or my even fourth choice for president. But I will be working my ass off until November to make sure that he is elected, if he is in fact the Democratic nominee, because we absolutely can’t afford another four years of the Donald Trump disaster. Of course, we will be in better shape if he and his campaign listen to specific groups of people and incorporate their issues into his platform: younger generations, working class people in the midwest and rural areas of our country, the labor movement in the United States, people of color, LGBTQ folks, and other marginalized groups, and, importantly, women everywhere.

We should not be talking about, however, “going back to the way things were before 2016” or “back to normal” – because let’s be honest, what was so-called normal in those days was still not working for a lot of the American population and led us into the mess we are in. With or without Trump, we would still be facing a lot of the problems.

So instead of going back to what it was, we should be coming together, uniting and striving to the best that we can be as a nation. And that takes all of us. The general election should be about what unites us, not what divides us. It’s the goal of President Trump (and President Putin for that matter) to divide the Democratic Party before November. It’s our job to not allow that to happen. We are in this fight together. Don’t lose sight of that.