See below for some interesting stats on voting records in the recent Virginia General Assembly’s 2020 “Reconvene”/”Veto Session,” courtesy of the @VACapitolSquare Twitter feed. I was curious how closely these stats – % support for governor’s amendments at the 2020 General Assembly “Reconvene” session – correlated with VAPLAN’s 2020 progressive scores. What I found was:

With that, here are the stats. 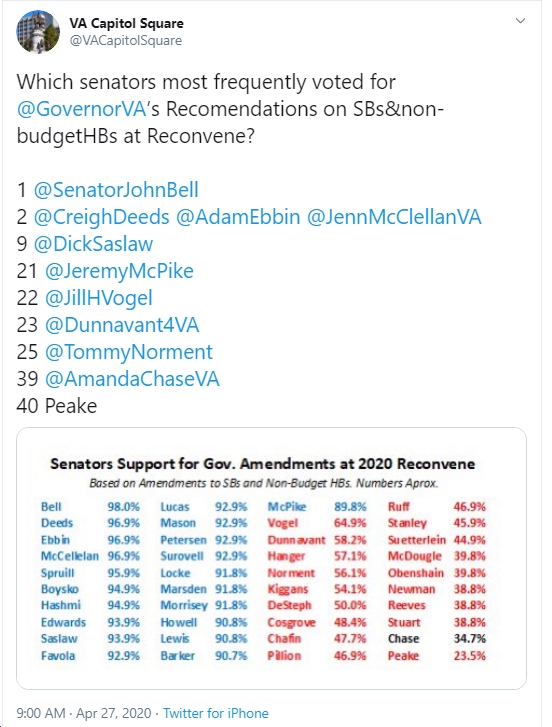 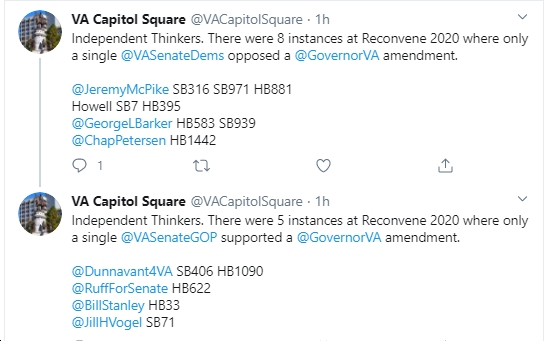 From @RepElaineLuria (D-VA02): "Virginia Beach Democrats are fired up to knock on some doors! What a great canvass launch turnout this morning with Senator @JennMcClellanVA for @AlexAskew757, @DelegateFowler and Delegate @nancyguyva. 38 more days!" https://bluevirginia.us/2021/09/saturday-news-greta-thunberg-and-students-rally-over-climate-change-the-january-6-commission-must-remain-merciless-arizonas-election-audit-comes-up-empty-but-t#comment-5548456317

More photos, from @EFillerCorn - who we absolutely MUST keep as Speaker of the VA House of Delegates! https://bluevirginia.us/2021/09/saturday-news-greta-thunberg-and-students-rally-over-climate-change-the-january-6-commission-must-remain-merciless-arizonas-election-audit-comes-up-empty-but-t#comment-5548453223