With the official announcement (see below) by Republican Omari Faulkner that he’s ending his 2020 run for the nomination to get annihilated by Sen. Mark Warner (D) this November, it’s now down to three Republicans. Note that Faulkner failed to get enough signatures to make the ballot, even after he “successfully sued to force the state to change its eligibility rules due to the COVID-19 pandemic…[and] a Richmond judge granted his request…to lower the petition signature threshold from 10,000 to 3,500.”

So…if Mark Warner is “safe,” why should we focus on this race at all? As I argued on March 10, the reasons are:

With that, here are Omari Faulkner’s tweets, announcing his withdrawal from the race, and seemingly leaving Daniel Gade as the frontrunner right now. 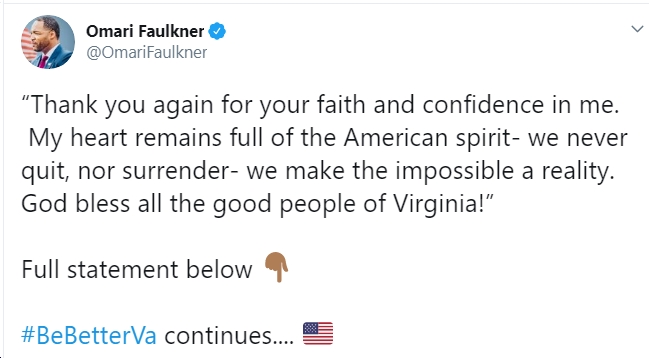 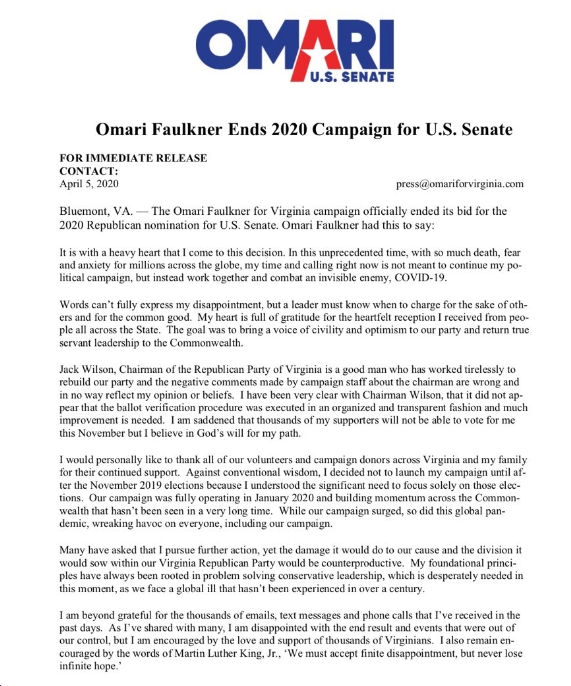 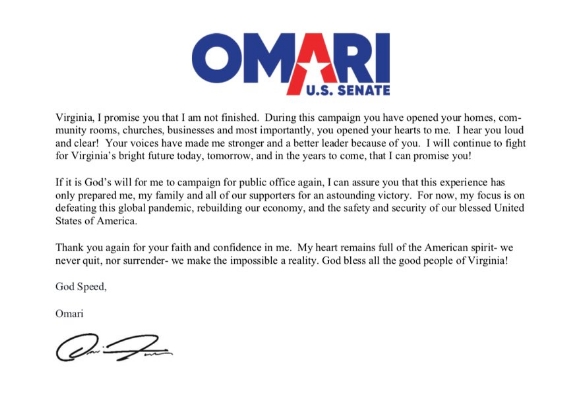