For those of you who aren’t big Twitter users, there’s a term on there for when you tweet something and basically get your head handed to you. The word is “ratioed,” as in:

“On the social media platform Twitter, a ratio, or getting ratioed, is when replies to a tweet vastly outnumber likes or retweets. This means people are objecting to the tweet and considering its content bad.”

The reason I mention it is that “ratioed” is exactly what happened to the hapless, pathetic Virginia GOP yesterday, after they attacked Tim Kaine for supposedly being “a catastrophic failure as Clinton’s running mate.” In fact, Kaine did fine, but certainly there was an argument for Hillary Clinton having picked more of a progressive, a person of color, etc. Still, Clinton did win the popular vote by 3 percentage points, so there’s that.  But yeah, the VA GOP tweet ended up getting just 24 retweets – compared to 147 responses, almost all negative. That is, indeed, what a “ratio” on Twitter looks like.

Anyway, see below for some of the “ratio” responses to the Virginia GOP’s tweet about Kaine. I’d just add several points: 1) the VA GOP hasn’t won a statewide election in Virginia since 2009 (11 years and counting); 2) Tim Kaine was first elected statewide in 2001 (as Lt. Governor), then governor in 2005, then U.S. Senate in 2012, then reelected in a landslide in 2018; 3) Tim Kaine has played an important role in helping many other Democrats win their elections, such as Abigail Spanberger and Elaine Luria in 2018, while also helping Virginia Democrats take back the House of Delegates and State Senate, etc. 4) in sum, Kaine has been a key figure in helping to turn Virginia from red to blue, while the VA GOP has lost…lost…and lost some more, with the likes of former Governors Jim “No Car Tax” Gilmore (who? LOL), George “Felix Macacawitz” Allen (hahahaha) and convicted felon Bob “Star Scientific” McDonnell leading the way…to VA GOP failure, that is. So, sure guys, keep attacking Tim Kaine, that strategy’s clearly working great! 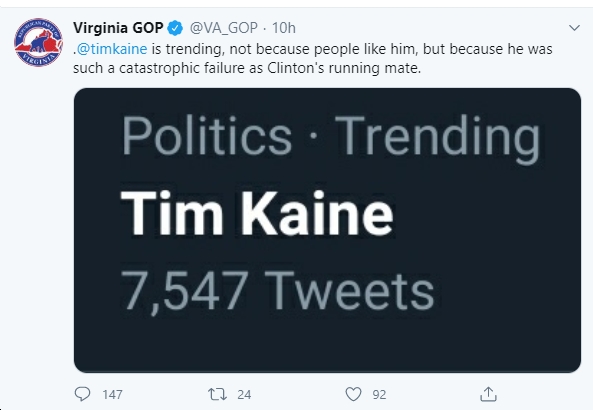 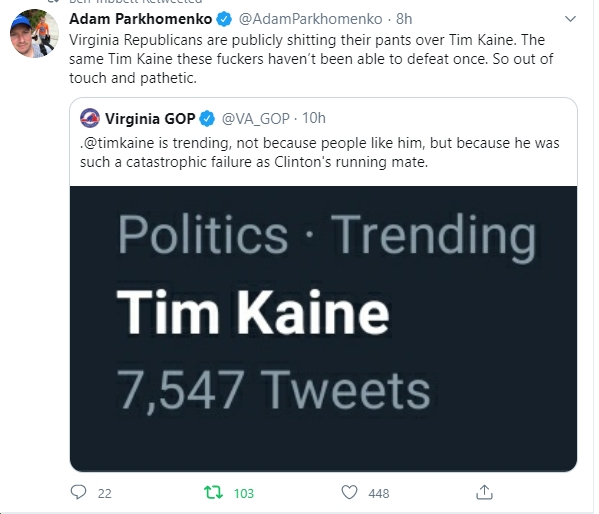 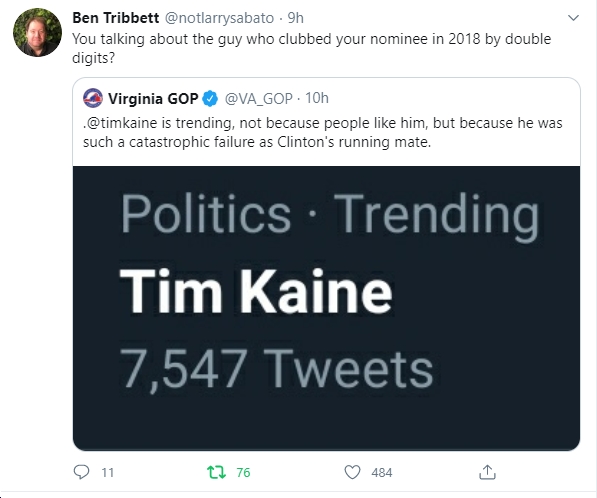 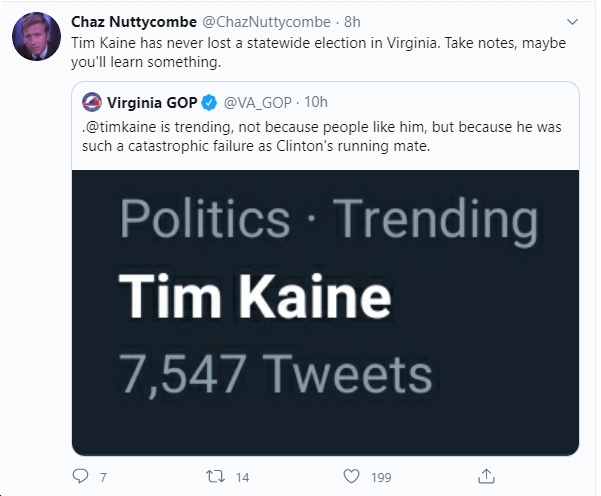 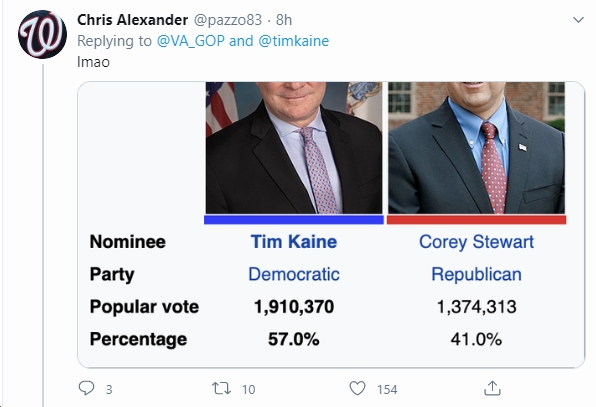