A few weeks ago, I responded to/rebutted a bunch of the misconceptions, distortions and falsehoods being put out by State Sen. Chap Petersen (D-Believe It Or Not) about Virginia’s response to the COVID-19 pandemic. Clearly, it didn’t work – Sen. Petersen clearly doesn’t want to get it, or simply lacks the ability to get it. See below for his latest musings, including that supposedly: 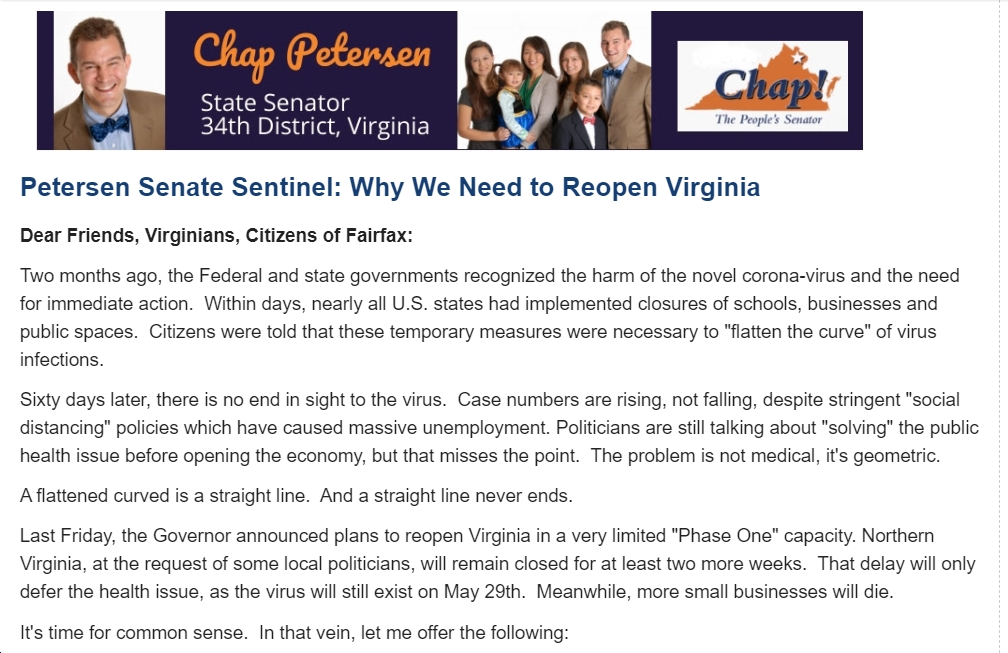 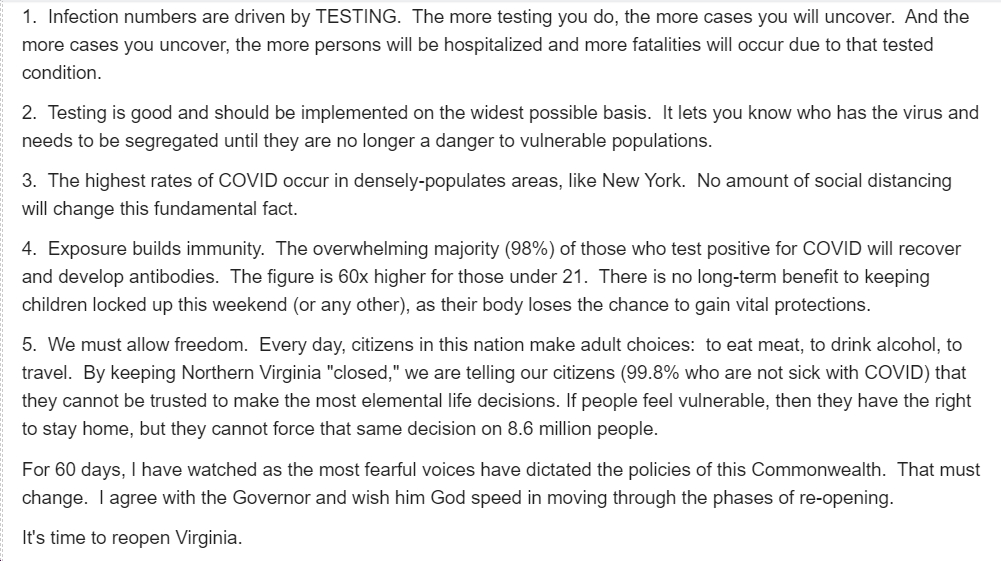