“Without aggressive action to help workers keep their jobs and businesses stay open, we risk an economic disaster that could take decades to repair,” said Sen. Warner. “Right now nearly 39 million Americans are out of work due to the coronavirus. This is hitting working class folks particularly hard, with 40 percent of all workers making under $40,000 out of work right now. We need to be thinking big and helping people who have lost their jobs. Our proposal will create a national paycheck security program for American workers and help businesses keep their lights on during the darkest days of this crisis. Paycheck security means the federal government would help cover the payroll expenses for rank-and-file workers who have been furloughed or laid off because of the coronavirus, so that families can avert financial calamity and workers can stay connected to employers and health benefits while we get through this crisis.”

“This unprecedented crisis demands an unprecedented legislative response,” said Sen. Sanders. “We cannot continue to allow tens of millions of Americans to lose their jobs, income, and health insurance during this horrific pandemic.  In order to avoid another Great Depression, Congress must act boldly and aggressively to ensure that every American worker receives their paycheck and health insurance until this crisis is over.  The Paycheck Security Act we are introducing today will provide the urgent financial assistance that working families and small businesses desperately need to pay their bills and make ends meet.”

“As Americans continue to struggle through the health and economic crisis we’re facing, Congress needs to continue to provide relief to workers and small businesses – the lifeblood of our economy. The Paycheck Security Act would direct economic relief to American workers who are suffering by helping employers maintain their payroll,” Sen. Jones said. “Our legislation is exactly the type of big, bold approach that we need to take, given the scale of this crisis. If we can provide the resources that businesses need to tide them over until it is safe to re-open, we can keep more folks safe and help keep workers on the payroll and receiving vital benefits like health insurance. I urge my colleagues on both sides of the aisle to include this in the next relief package, so that we can continue to help the people in Alabama and throughout our country who need it most.”

“Instead of allowing businesses to go into free fall and trying to pick up the pieces later, we’re proposing a guardrail at the edge of the precipice. Our plan gives workers the steady comfort of a consistent paycheck from an employer they can go back to when the crisis abates. And we’re offering business the ability to hold onto those workers, so they can start up again as easily as possible. If we fail to take aggressive relief measures now, we’ll kneecap our future recovery,” said Sen. Blumenthal.

Since the COVID-19 pandemic began, nearly 39 million workers have filed for unemployment. More than 20 million people lost their jobs in the month of April alone, the most in a single month on record. An estimated 27 million people have already lost their employer-provided health insurance coverage, and millions more could lose coverage before this crisis is over. The unemployment rate is likely close to 20 percent, and could exceed the depths of the Great Depression in the coming months.

The pandemic has also devastated small businesses and sole proprietors. A recent study found that more than 100,000 small businesses have already closed permanently as a result of the health and economic crisis.  Another recent survey showed that 52 percent of small businesses expect to go out of business within the next six months.  Allowing millions of small and independent businesses to fail will have a devastating impact on the economy and will make the road to recovery longer and harder.

Other countries have avoided the massive job losses seen in the United States primarily because their governments have adopted programs to keep workers on payroll and attached to their employers until this crisis is over. The Paycheck Security Act would avert mass layoffs, stem catastrophic unemployment levels and prevent irreversible business losses with a refundable tax credit big enough ($90,000 annually per employee) to rehire and pay laid off and furloughed workers and restore their health care benefits. It will also provide small and mid-sized businesses with the funds they need to pay for rent, mortgages, utilities and other operating costs until they can reopen safely and sales begin to recover.

“I am supportive of this strong proposal which builds upon the Paycheck Protection Program and Employee Retention Tax Credit,” said Senate Democratic Leader Chuck Schumer (D-NY).

“Our country is facing a once-in-a-lifetime economic crisis with nearly 1 in 5 Americans unemployed. The response must meet the moment. In addition to significantly expanding payroll support, we must support small businesses that are being crushed and need cash to cover bills and replace inventory when they reopen. Without additional help many small businesses will not survive this crisis and it will take far longer to climb out of this economic ditch. This legislation would keep more employees on payroll and deliver critical help to the smallest, most vulnerable businesses,” said Finance Committee Ranking Member Sen. Ron Wyden (D-OR).

A more extensive summary of the bill is available here. Bill text can be found here. 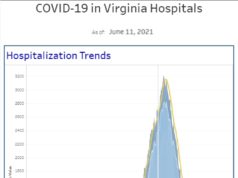