In November 2019, the Richmond City Council passed an ordinance approving a Commercial Property Assessed Clean Energy (C-PACE) program.  C-PACE is a market-based financing mechanism for owners of commercial property to fund solar, energy efficiency, and resiliency-related property improvements with no upfront costs.  But the city failed to put a program in place–despite a streamlined and inexpensive avenue to do so–and now Mayor Stoney’s administration is attempting to repeal the original authorizing ordinance, a move antithetical to their sustainability goals (including Net Zero targets) and to the needs of Richmond’s local economy.

Richmond City Council will vote on the repeal on May 26th.

C-PACE financing originated in California in 2008 and has spread across the country.  C-PACE programs are now active in 22 states (37 states have legislation providing for them) and over 2,400 commercial building owners have used C-PACE financing, totaling $1.5 billion in investments and17,000  jobs (www.pacenation.org).

Local governments administer C-PACE programs, enabling property owners to use voluntary special assessments to repay loans. Private lenders make those loans. C-PACE assessments have an advantage over conventional financing because they are attached to the property, rather than to the building owner, and are transferrable upon sale.

The city of Richmond will miss an economic development opportunity by abandoning C-PACE.  Richmond is home to hundreds of old buildings whose owners could benefit from specialized long-term financing to improve their energy performance and lower their utility costs. The repeal language misleadingly implies that the city is simply foregoing a local program in favor of an eventual state program, but a repeal would not just effectively grind C-PACE to a halt in Richmond, it would negatively effect C-PACE progress elsewhere in the state and nationwide.

Richmond’s C-PACE stakeholder group in Virginia is concerned about the repeal for two primary reasons:

Instead, for reasons that are not at all transparent, the administration is trying to repeal the C-PACE ordinance without even having a discussion with a stakeholder group.  They are blocking a program that would serve their own RVA Green 2050 plan.

We have a chance to save C-PACE in Richmond: Richmonders who support clean energy and economic vitality should ask their city council representative to vote no on repeal on Tuesday, May 26th and to either fully support a C-PACE program as authorized in the existing ordinance or to amend it to extend the placed-in-service date to March 2021. 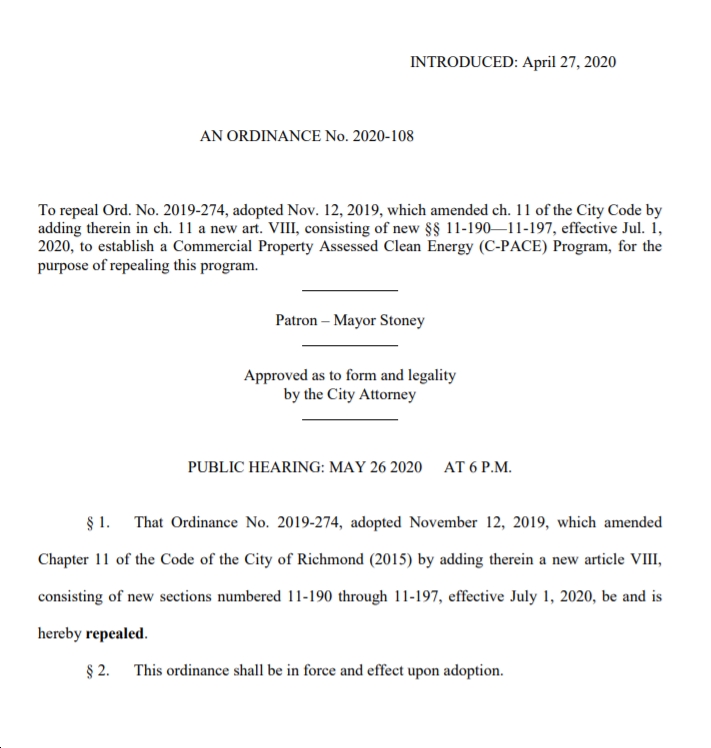 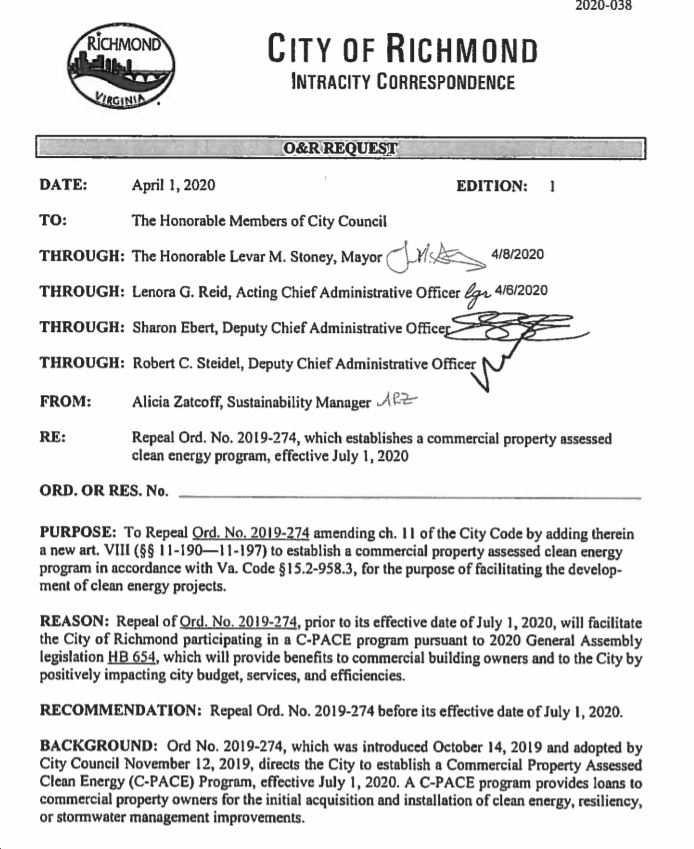 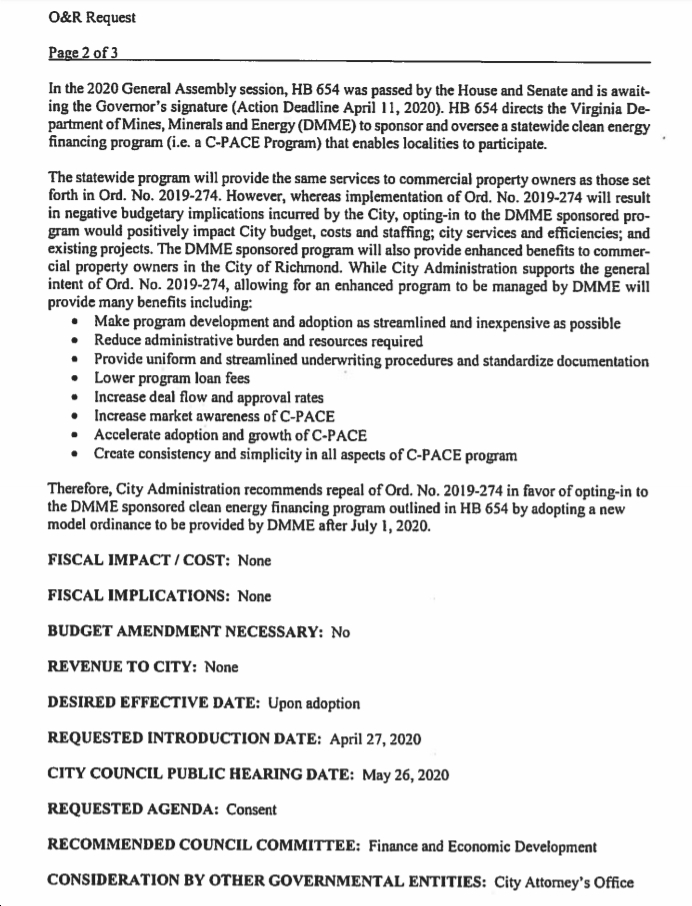 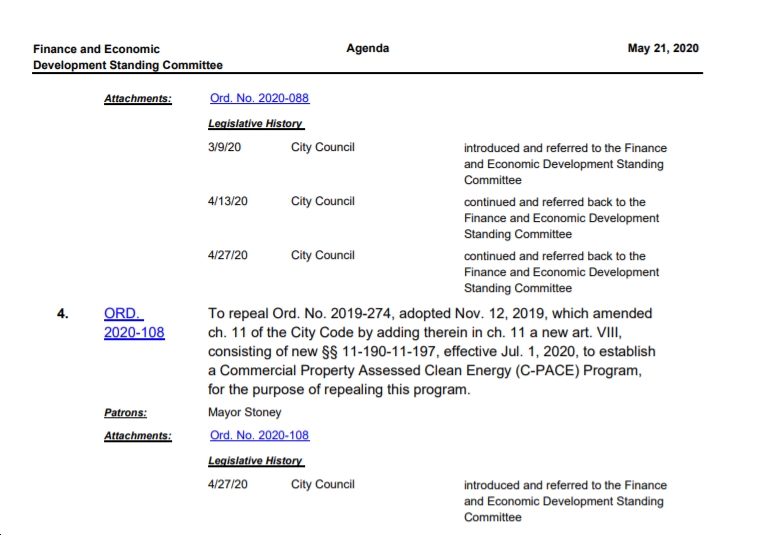