Just a reminder that Loudoun County – which voted overwhelming (101k-70k) for Hillary Clinton over Trump in 2016, and which has gone strongly “blue” since Trump was inaugurated – could have had a Sheriff who doesn’t go to the White House and stand near the authoritarian goon. Unfortunately, last November, even as they reelected Democrat Phyllis Randall as Chair of the County Board, Loudoun County voters also reelected Republican Michael Chapman as Sheriff, by a 55%-45% margin over Democrat Justin Hannah. That’s unfortunate for a bunch of reasons, including…as you can see in the following photo, Chapman joining Trump at the White House earlier today for Trump’s very weak and limited police reform executive order. Also note that this utterly inadequate order comes from a person – Trump – who has for years fanned the flames of racial division in this country, and who still does so to this day – in the aftermath of the murder of George Floyd and after weeks of protests against police brutality and racial injustice.

I contacted Justin Hannah, an impressive and progressive young African-American military veteran who could have – and in my view, should have – been Loudoun County Sheriff right now – and he had the following to say:

“Much like in Mike Chapman’s sheriff’s department, Trump’s police reform effort involves not a single woman or person of color. This is an inexcusable on both fronts.” 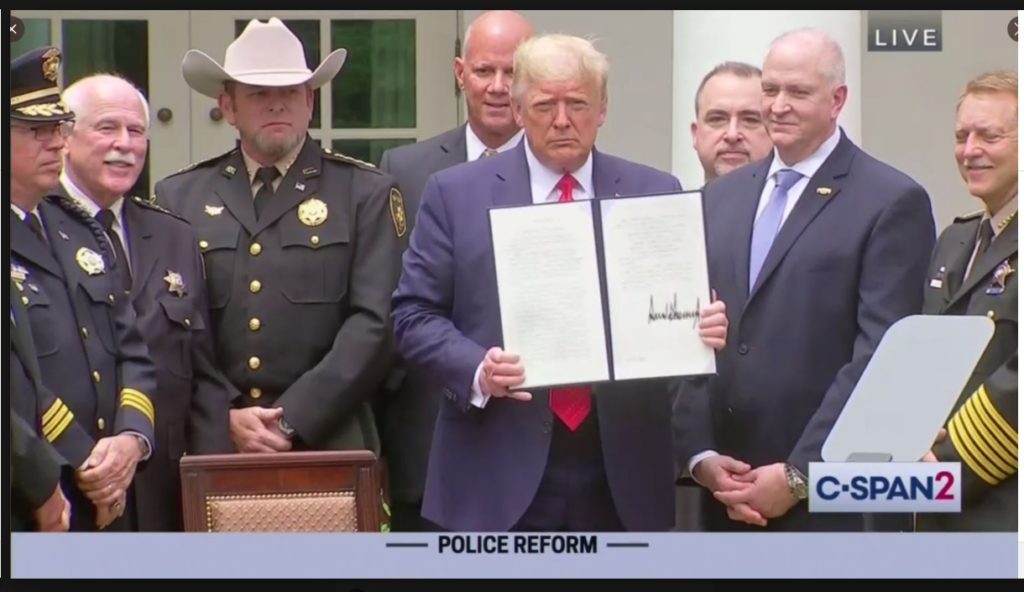