You’ve probably heard Trump’s ranting and raving about how horrible TikTok (supposedly) is, and his demand that the Chinese-owned company’s U.S. assets be sold within 90 days.

Last week, Trump signed a separate executive order that would effectively ban the popular video-sharing app by making any transactions between U.S. citizens and TikTok illegal starting in 45 days from its signing. After last week’s strike against TikTok, a lawyer with the app told NPR that a lawsuit is being prepared to challenge the legality of Trump’s action.

Of course, Trump’s claims could be false or overblown, as they often/usually are. But still, you’d think that a right-wingnut like Del. Nick Freitas – the Republican nominee for Congress in VA07 – would obey his fearless leader in all things, since that’s what Republicans do these days in the Cult of Trump.

But…nope, not when it comes to Freitas’ Tik Tok account, which is still here as of this moment, with 7,494 followers and 39.1k likes. What makes this even stranger is that Freitas is a defense contractor “with a focus on counterterrorism and intelligence,” yet he’s kept his Tik Tok account even after this, back in early January:

The warning from the Pentagon was unequivocal: Military personnel should delete TikTok from all smartphones.

Now, a number of United States military branches are heeding that advice, issued last month by the Defense Department, and have banned the popular Chinese-owned social media app on government-issued smartphones.

Some have even strongly discouraged members of the armed forces from keeping TikTok on their personal electronic devices.

So, does Freitas not believe Trump and the Defense Department about TikTok’s (supposed) threat to national security? Or does Freitas believe them, but simply not want to delete his TikTok account anyway? Either way, it seems relevant, given that Freitas is running for Congress as a Trump-idolizing Republican. Verrry curious. 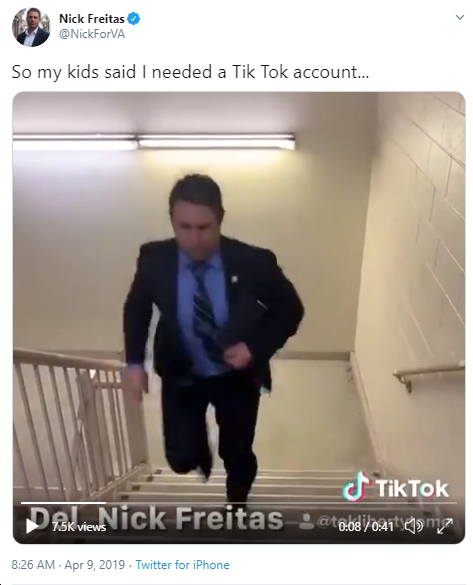 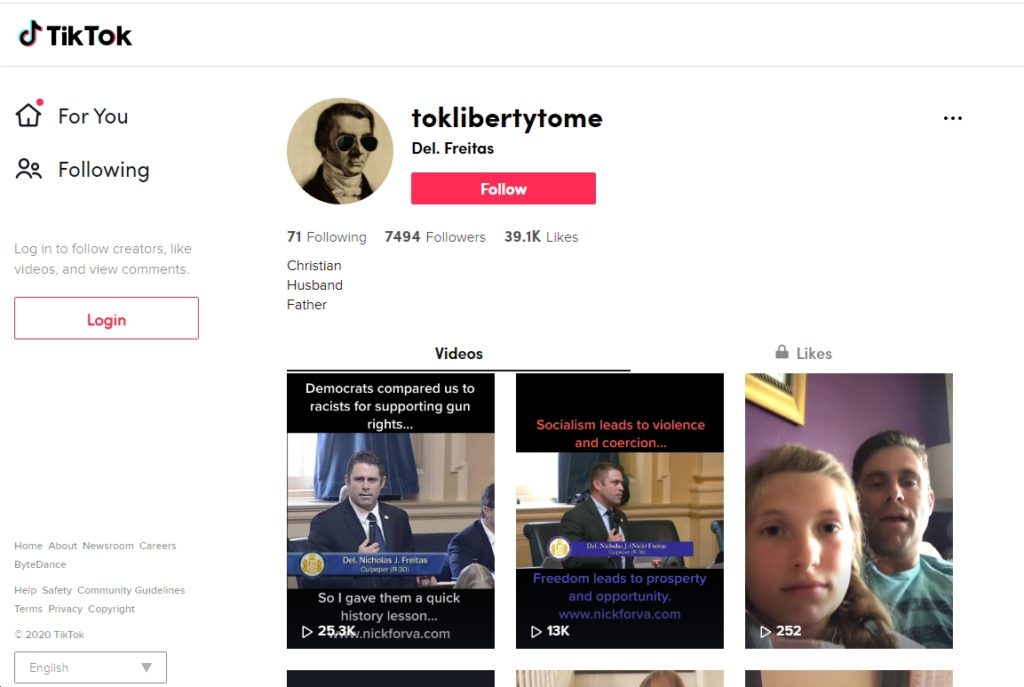 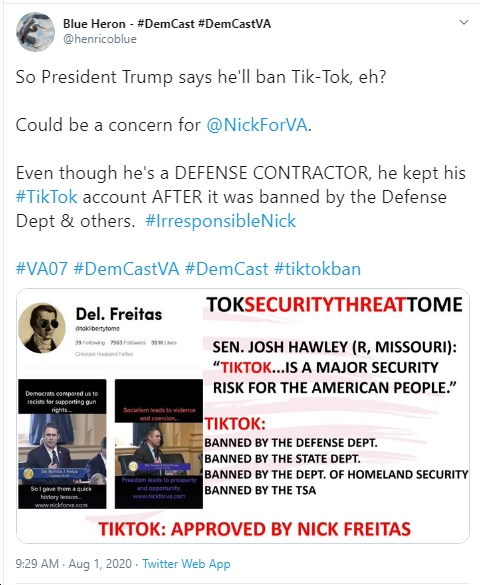