UPDATE 4:30 pm – According to AG Herring’s office, “A hearing has been scheduled for tomorrow afternoon at 2:30 PM in Richmond Circuit Court in front of Judge Joi Taylor. I will let you know if there are any other updates on this case.”

This just in from AG Mark Herring’s office:

Good Afternoon – Attorney General Herring has filed a response brief as well as a motion for an emergency hearing in the lawsuit seeking to block Kanye West from being added to the ballot in November’s election.

As Attorney General Herring notes in the response brief, “The Commonwealth of Virginia, including the state elections officials and entities named as Defendants, does not tolerate any type of election fraud. Similarly, this Court has had little patience for keeping candidates on the ballot who have used underhanded and fraudulent tactics to ‘steal a spot on the ballot.’”

The brief also highlights the concerning evidence brought forth saying that “Plaintiffs present evidence of concerning deficiencies in all thirteen elector oaths.”

Things are moving rapidly with this case because of the approaching deadline to print ballots, which is why we are trying to get a hearing as soon as possible and I will let you know when that happens. 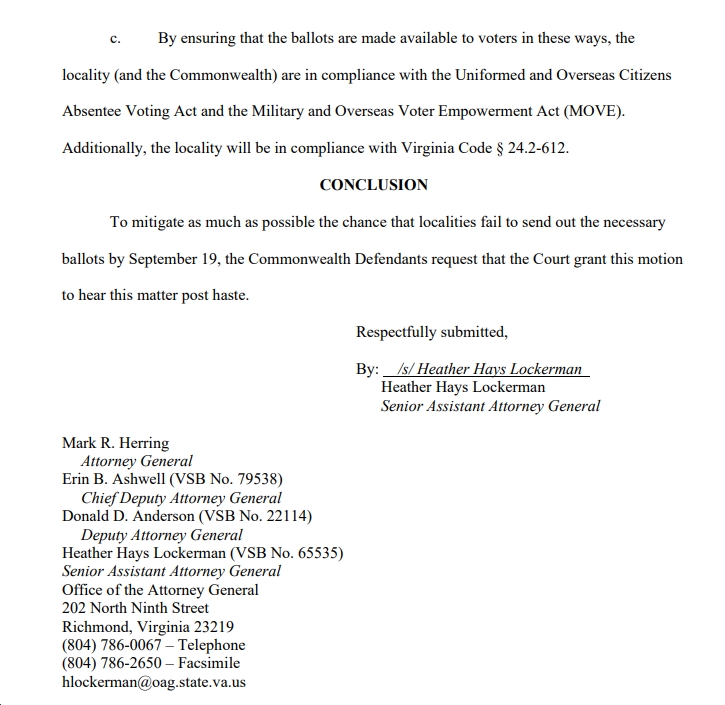 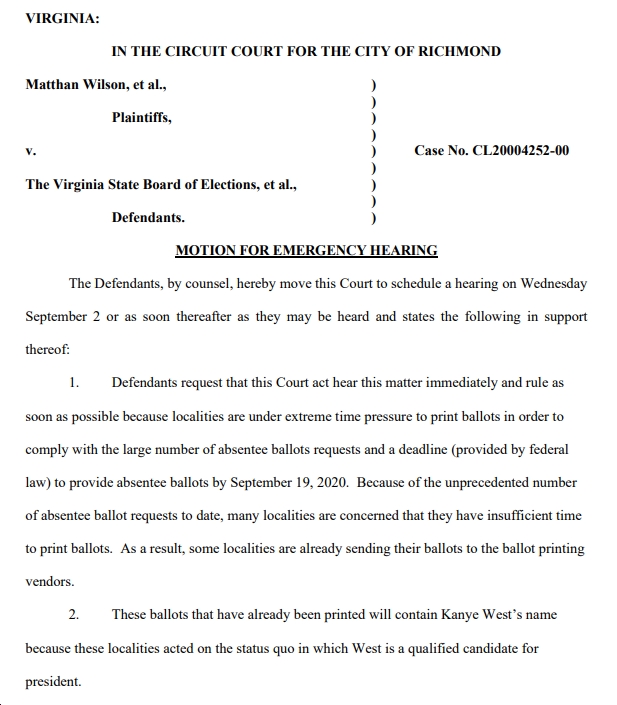