See below for a bunch of recent tweets on Amendment 1, including Del. Don Scott (D) tweeting, “This is simple. Folks need to come clean and admit this amendment is terrible and they f***ked up by voting for it.” Also see arguments against Amendment 1 by New Virginia Majority, Del. Lashrecse Aird, former Del. Rob Krupicka, Del. Cia Price, Sen. John Edwards, VAPLAN, etc.  Also, see this post by Del. Mark Levine, which argues, “Our naivete can be deadly. Nowhere should that be more clear than in the Trump Era of voter suppression, rigged-election schemes, lawlessness, poll taxes, and state violence.” And vote NO on Amendment 1! 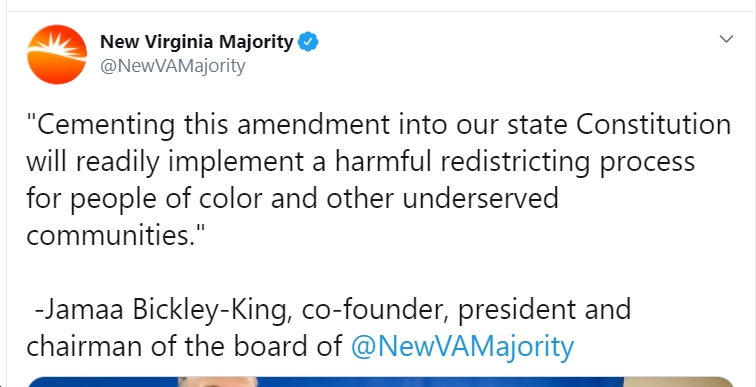 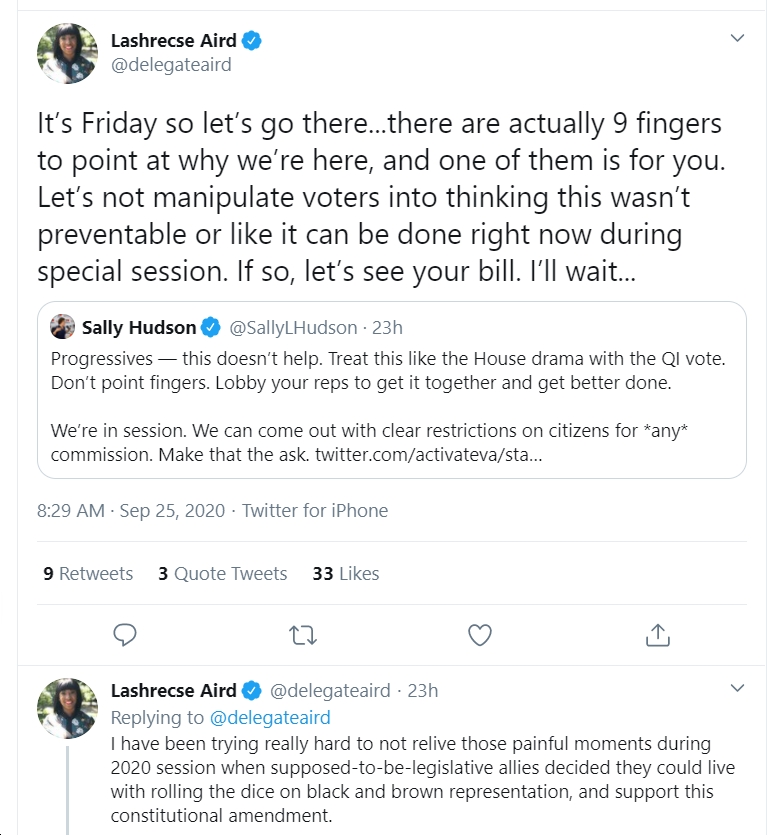 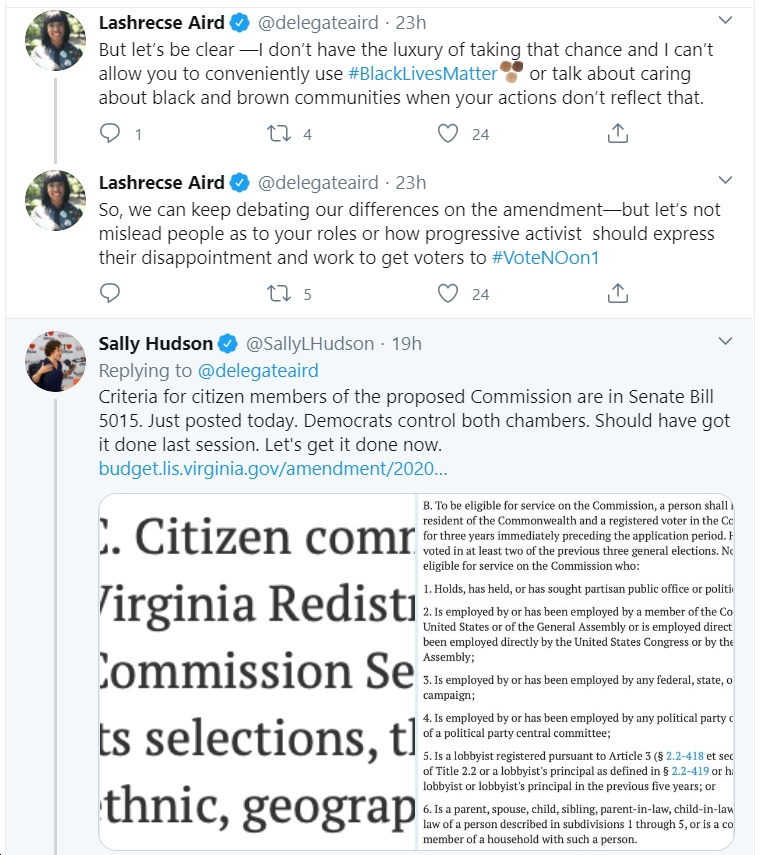 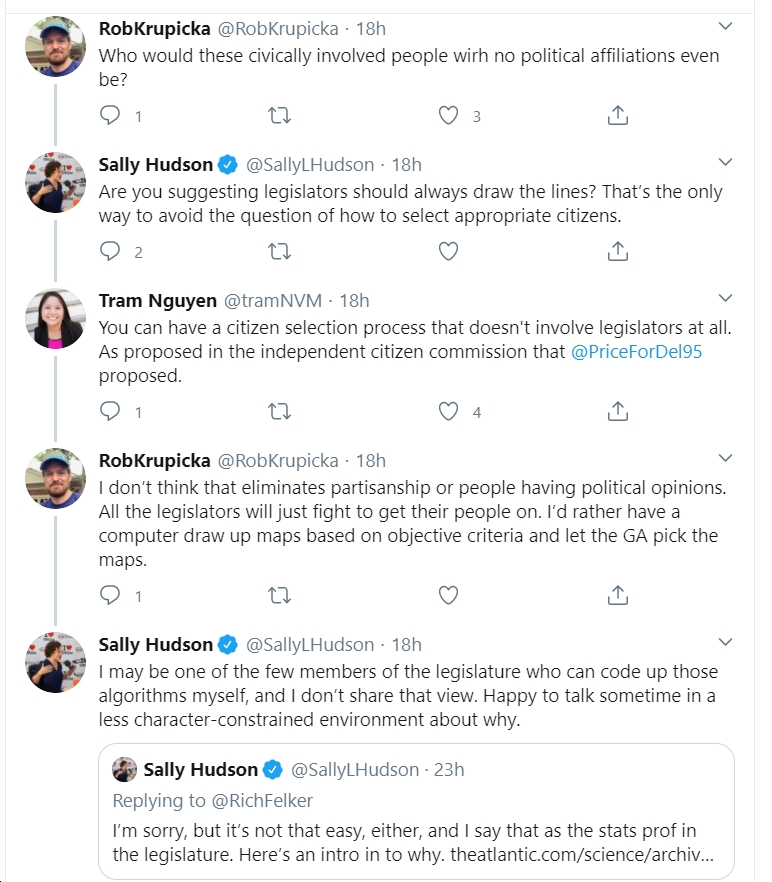 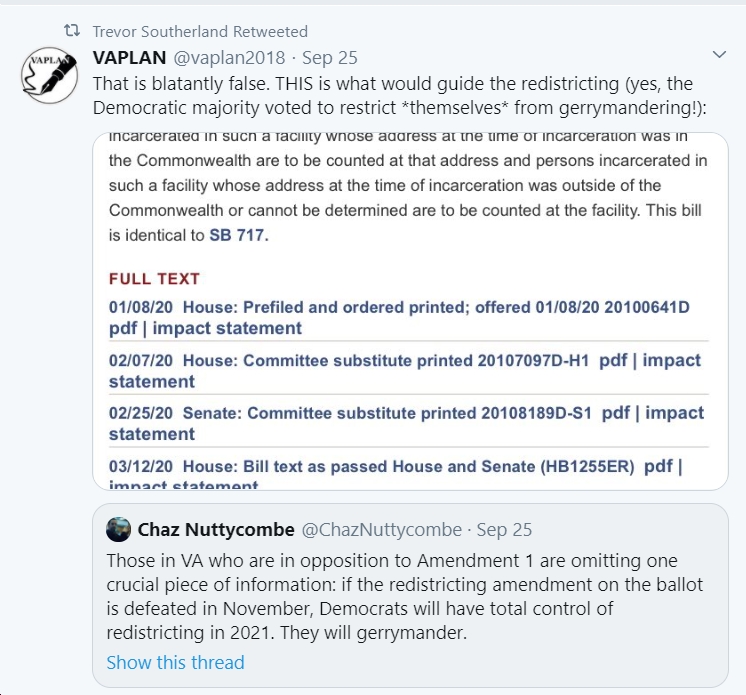 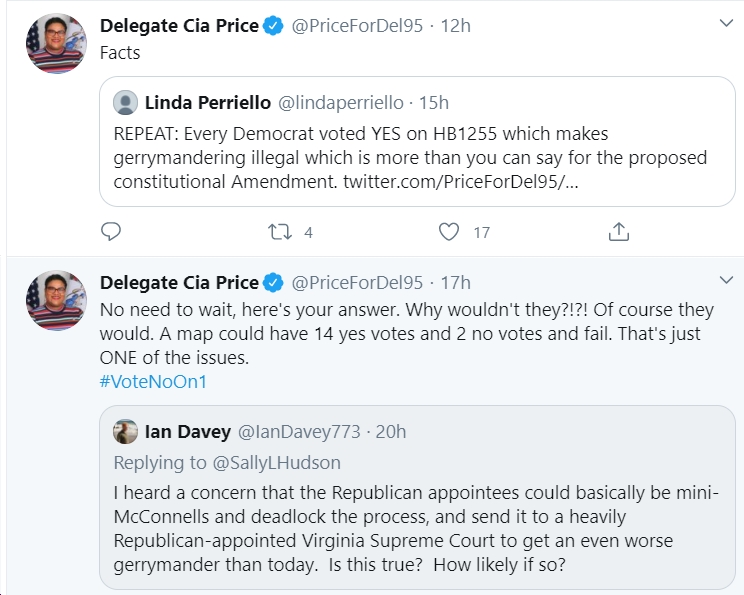 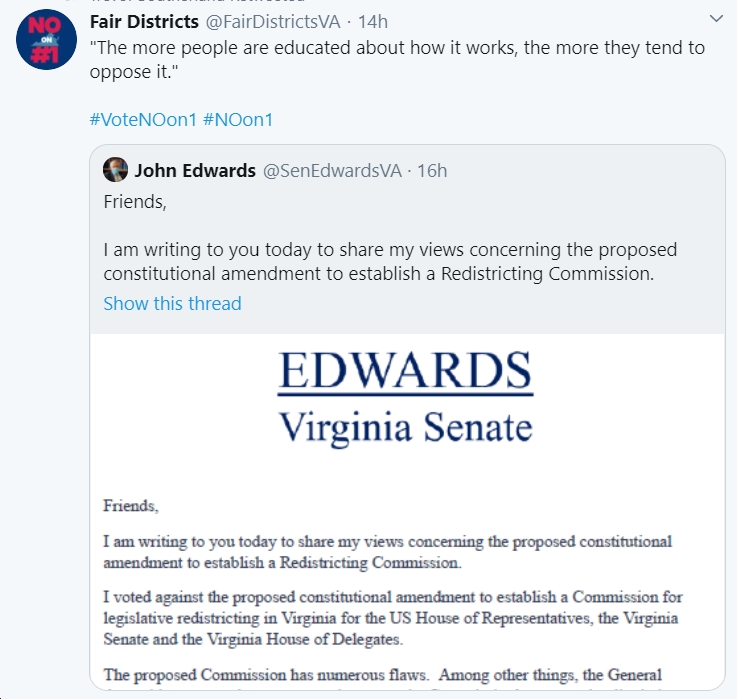 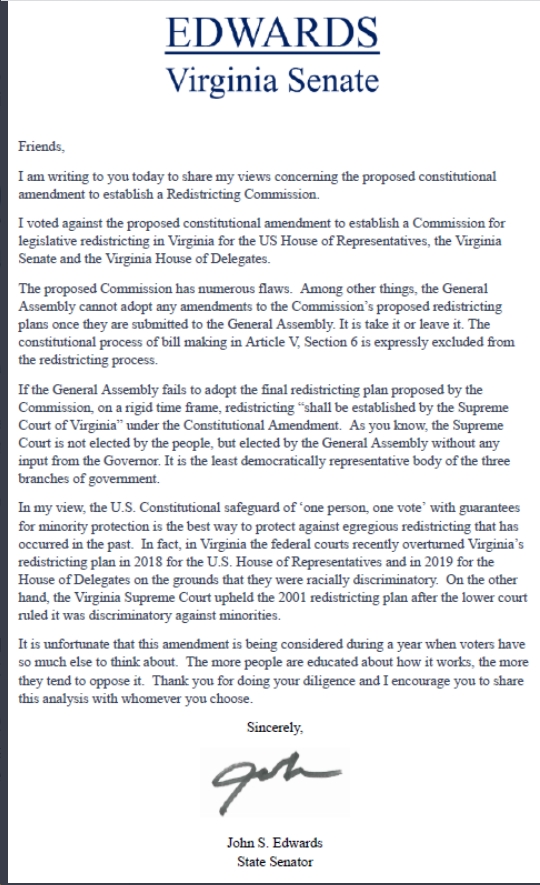