I wrote the other day about the Texas hedge fund billionaires (John and Laura Arnold) heavily funding the “OneVirginia 2021″/”FairMapsVirginia” effort to pass the fatally flawed redistricting amendment on the ballot this fall. As we wrote, the Arnolds’ group – “Action Now Initiative LLC” – is “a 501(c)(4) organization based in Houston, Texas,” that Arnold started “in 2002, after his former employer, Enron, went bankrupt,” then “retired in 2012 at the age of 38” after having “founded Action Now Initiative in 2011.” Anyway, one wonders why these folks – who have also donated to a slew of Republicans, including Sen. Susan Collins (R-ME), Rep. Dan Crenshaw (R-TX), Sen. Lisa Murkowski (R-AK), Sen. John Cornyn (R-TX), etc. – are so heavily funding this effort.

One might also wonder why other Republicans are also funding this effort. See below, for instance, for VPAP’s reporting on $35,000 worth of contributions from Republicans Jay W. Faison and Kathleen Utgoff on 8/31. So who are these folks, exactly?

Clearly, both Faison and Utgoff are Republicans, with Faison being a major donor to right-wing Republicans like the odious “Moscow Mitch” McConnell. Again, the question is, why would someone like Faison, a conservative from North Carolina, give $25,000 to an effort in Virginia to pass a redistricting amendment? It just seems very random, like suddenly this out-of-state right winger is into good government and fair Virginia districts? Riiiiiight. So clearly, something else is going on here, whether with the Arnolds or Faison. The question is what, exactly? Any theories? 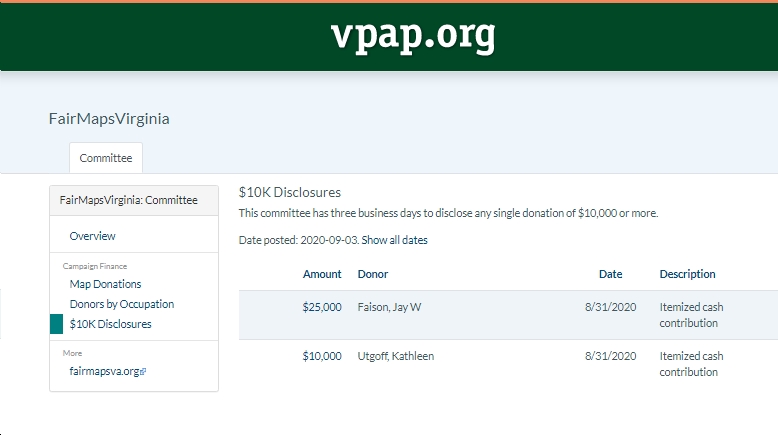 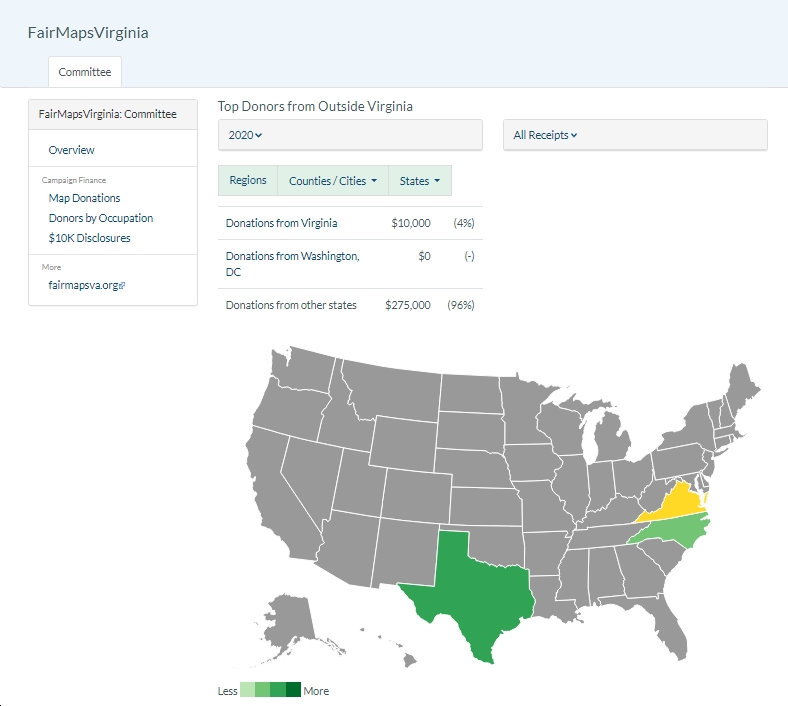 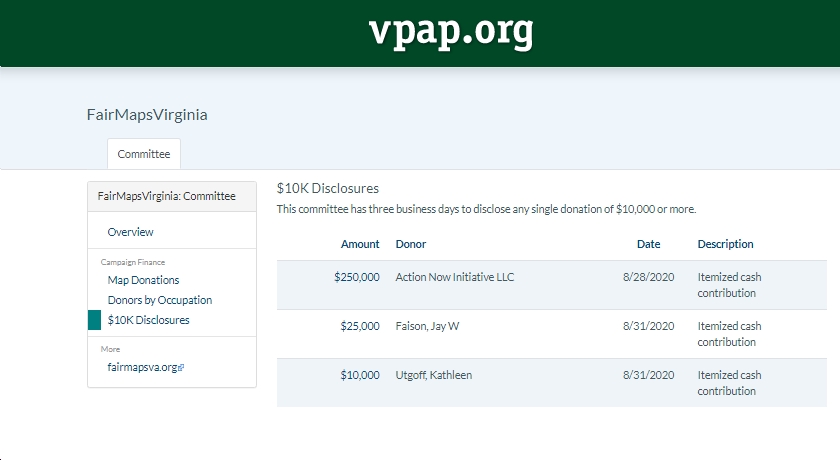