“I’ve said from the beginning that Senator McConnell should follow his own precedent from 2016: this vacancy should be filled by the winner of the ongoing election. I intend to follow that precedent and will not support anyone’s confirmation until we know the election results. There are less than 40 days between now and Election Day, and voting is already underway in Virginia and other states. Given the stakes—health care, fundamental rights, the integrity of the Court—rushing a confirmation vote before the American people have weighed in would be reckless.” 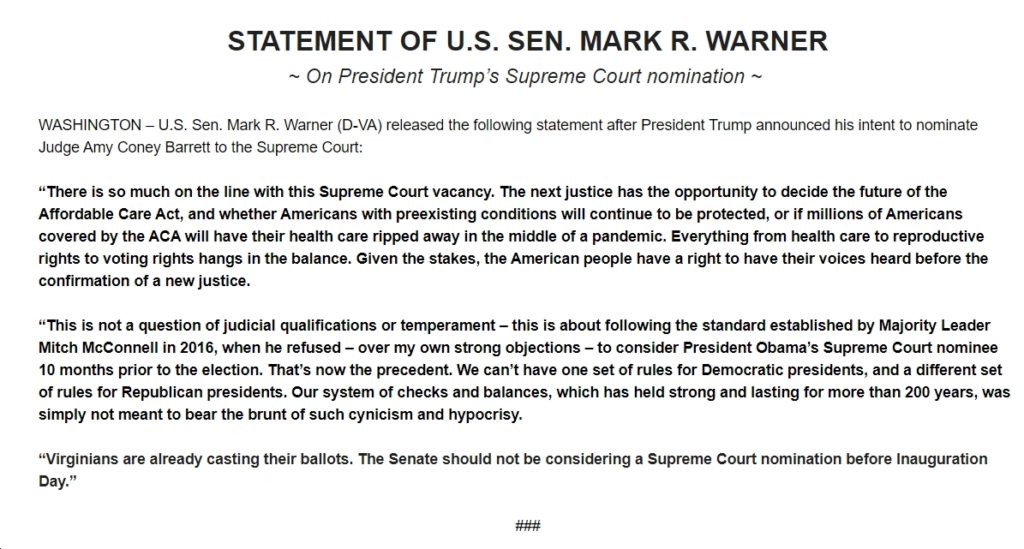 Video: Senator Mark Warner Argues “there is no doubt at all that our tax system does not rank…on the more progressive side”

ICYMI: How Virginia Benefits Under the American Rescue Plan