The long-awaited FiveThirtyEight.com U.S. House forecast is now up, and it’s looking good for Democrats. See below for a highlights, and a breakout of where all the Virginia races stand. Also, compare/contrast with The Economist’s model, which currently has Dems with a 99% chance of keeping the House majority, with between 220 and 263 seats. In Virginia specifically, The Economist model has VA01 as an 82% chance for Rep. Rob Wittman (R); VA05 as a 75% chance for Republican Bob Good; VA02 as an 86% chance for Rep. Elaine Luria (D); and VA07 as an 80% chance for Rep. Abigail Spanberger (D).  Also, compare/contrast to the UVA Crystal Ball, which has VA05 as a “Toss-Up,” with VA02 and VA07 as “Leans Democratic.” With that, here are the fivethirtyeight.com highlights: 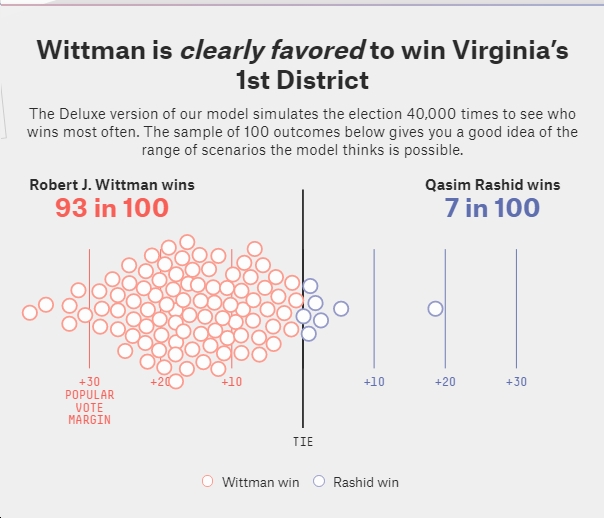 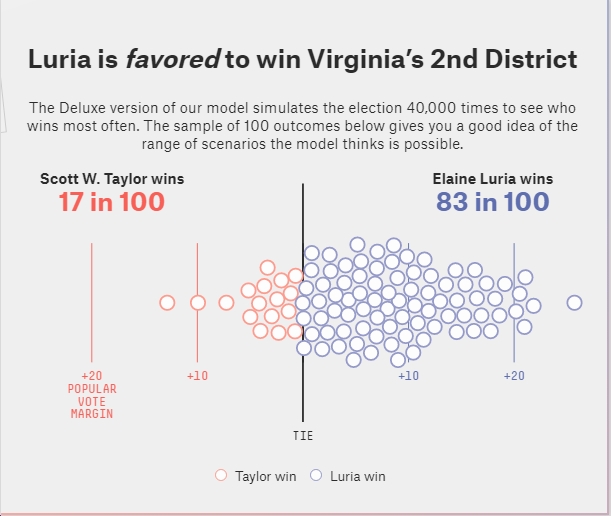 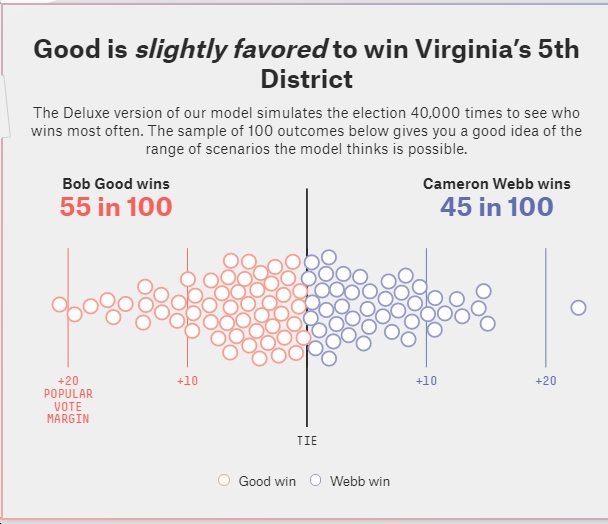 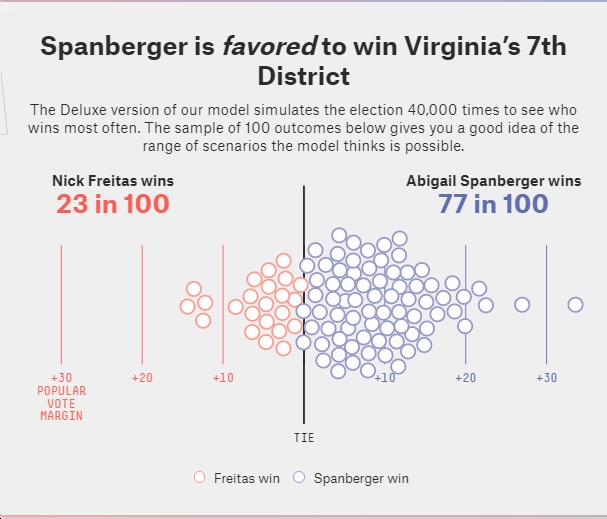