If you haven’t read the Washington Post’s At VMI, Black cadets endure lynching threats, Klan memories and Confederacy veneration, you really should, as it’s an important story – and an infuriating one – about appalling racism and other problems at the Virginia Military Institute. See below for a statement by FMI alumna Del. Jennifer Carroll Foy, as well as some comments by Carroll Foy’s colleagues in the Virginia House of Delegates. Bottom line: this situation is completely unacceptable and needs to change, ASAP.

“Racism is alive and well in this country. It’s been a topic of national discussion all summer, but more often, it’s not reported and continues without a meaningful response from leaders and citizens alike. Many of the recent allegations outlined in the Washington Post article against Virginia Military Institute are familiar and many people of color have similar stories of bias, racism and discrimination. These issues are bigger than VMI. They are also not unique to the Institute, as we hear about racism that persists in the U.S. military.

“Let me be clear: racism and discrimination of any kind is unacceptable everywhere, most especially in the halls of a premier military institution. VMI is more than a military outpost – it is a place that prepares leaders to serve the people of the United States. That means treating every American with respect and committing to fight for each and every American. While VMI has a history rooted in the Confederacy, it must have a future that’s rooted in inclusion and diversity. As the U.S. military fights to root out racism, VMI must do the same and lead from the front.

“As a start, the guiding principles VMI should follow and implement include:

“It’s not just that VMI can take the lead towards creating a welcoming environment, it’s that it must if it hopes to produce the best and brightest citizen-soldiers equipped to serve every American. As Governor, I’ll be sure of that.” 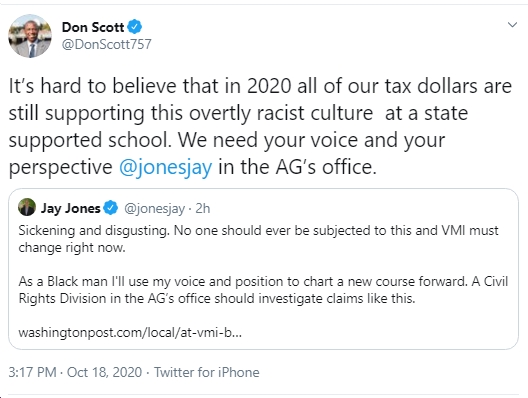 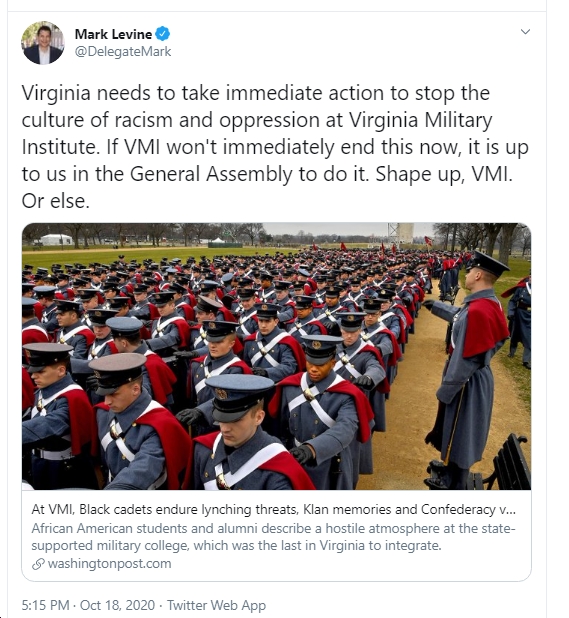 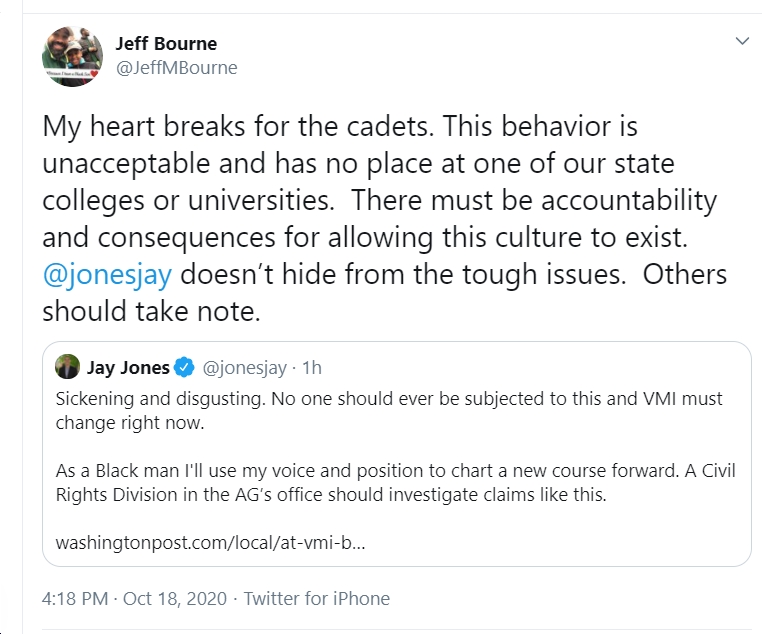 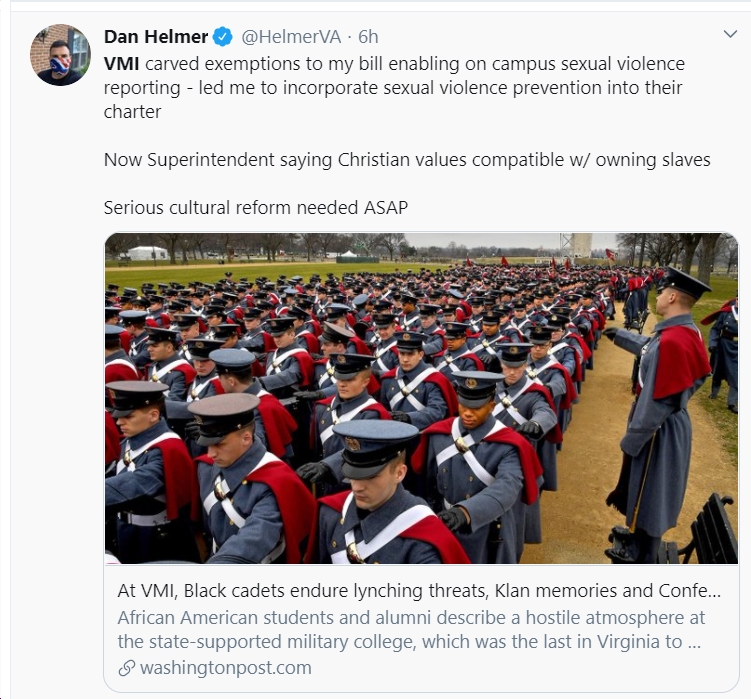 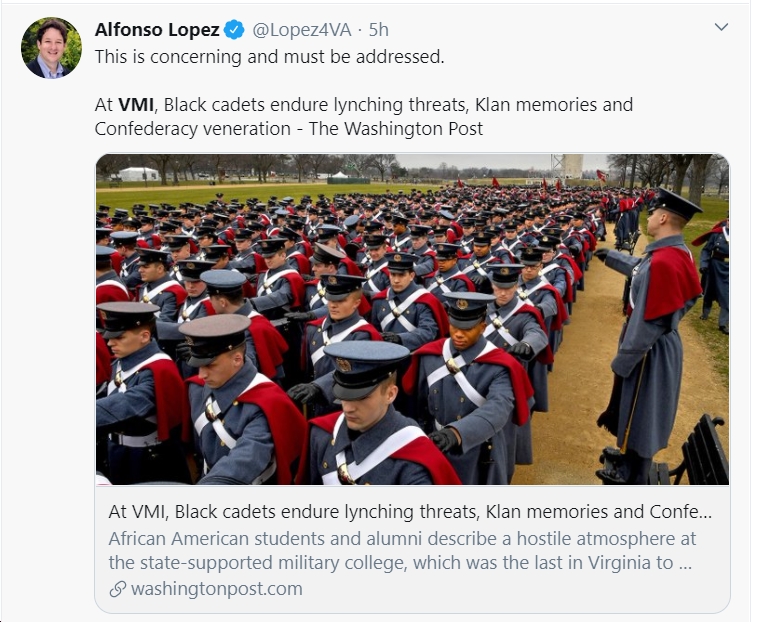