Gade’s Comments on Education and Diversity are Downright Offensive:

Daniel Gade’s comments are beyond the pale, and they cross the line of what is offensive to residents of the Commonwealth of Virginia.

Senator Mark Warner believes that the American ideals of liberty and justice belong to all people. He is committed to passing the Justice in Policing Act and working to build an America that respects and provides opportunity for all. 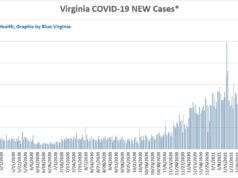