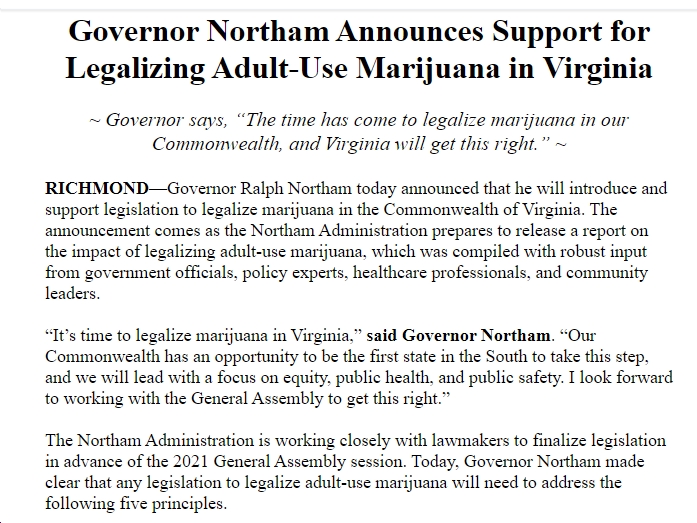 Click here for video and see below for some live tweets by VAPLAN (great work, Cindy; thanks!) of this morning’s JLARC (Joint Legislative Audit and Review Commission) presentation on their report, “Key Considerations for Marijuana Legalization” in Virginia. As VAPLAN tweets, the report contains “all the recommendations from JLARC regarding how Virginia could legalize marijuana, create regulated and taxed marijuana markets, with an eye to social equity.” Also interesting: 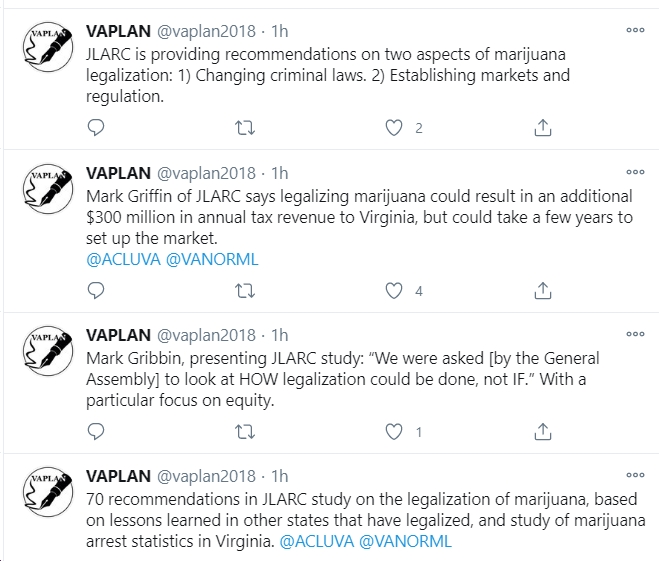 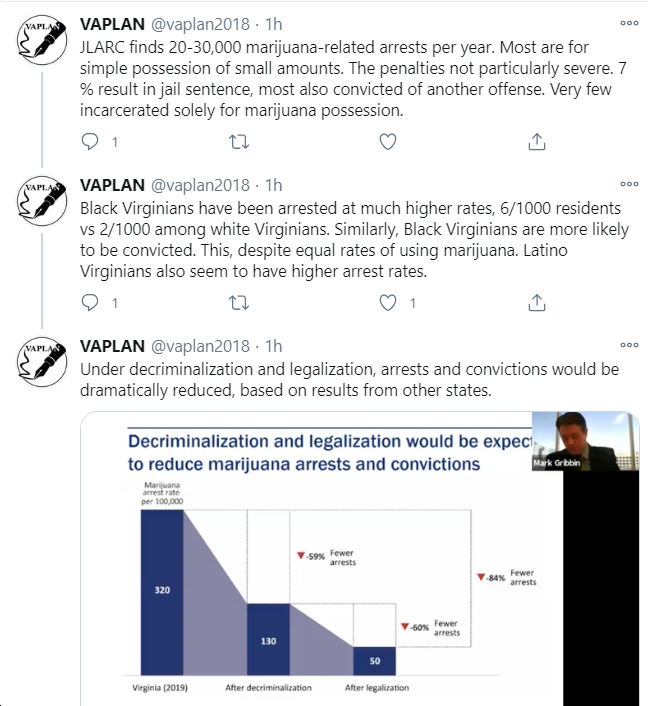 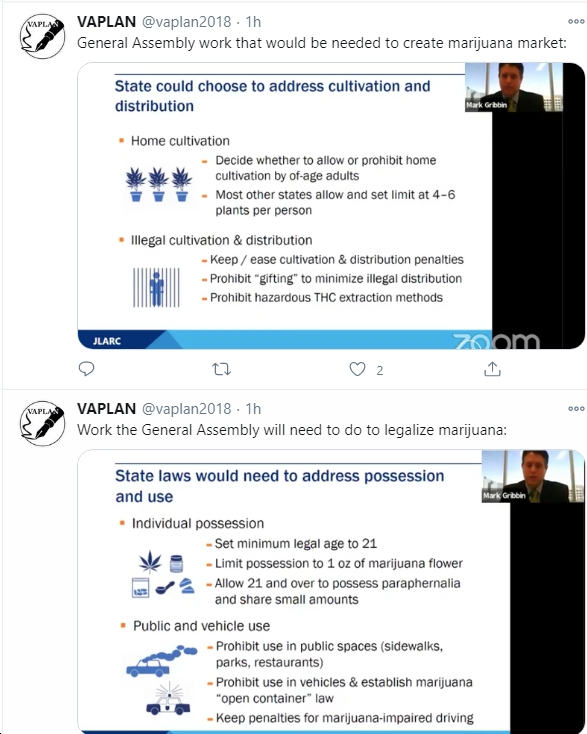 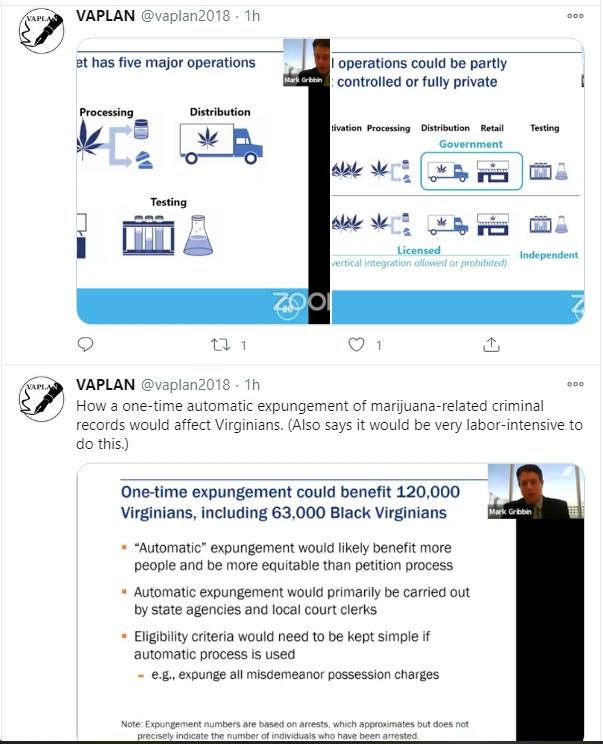 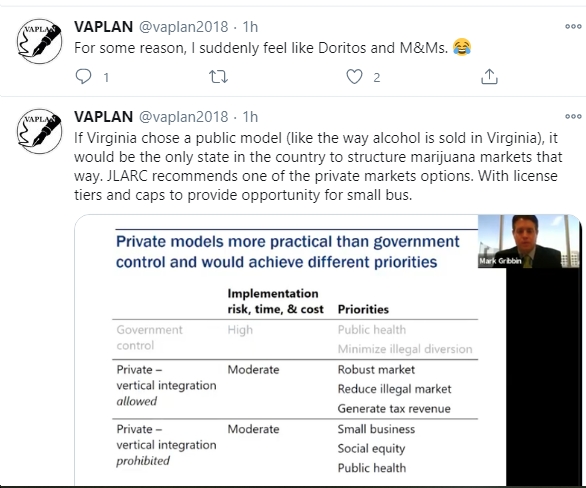 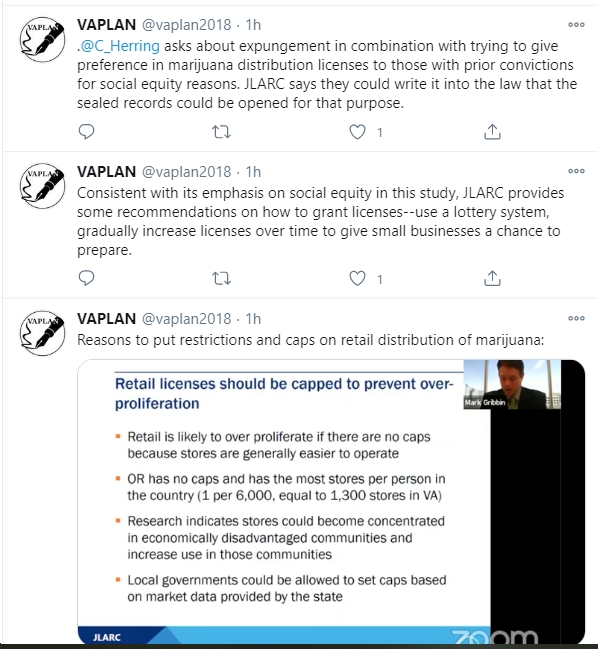 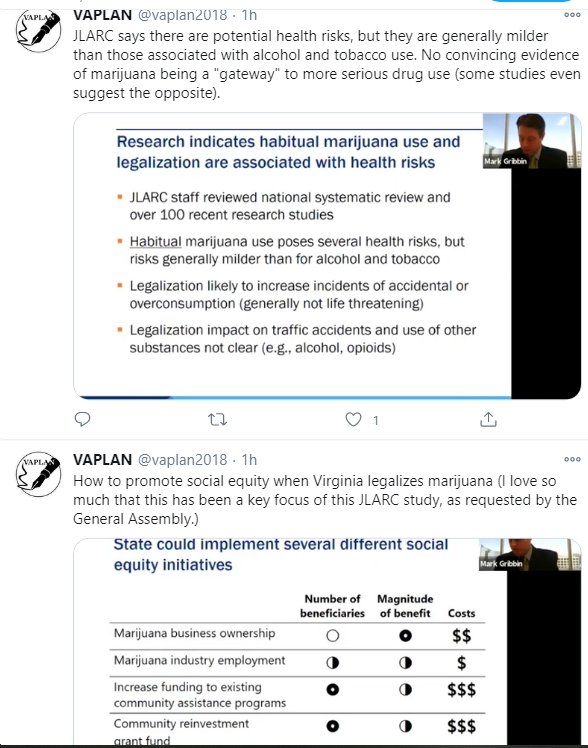 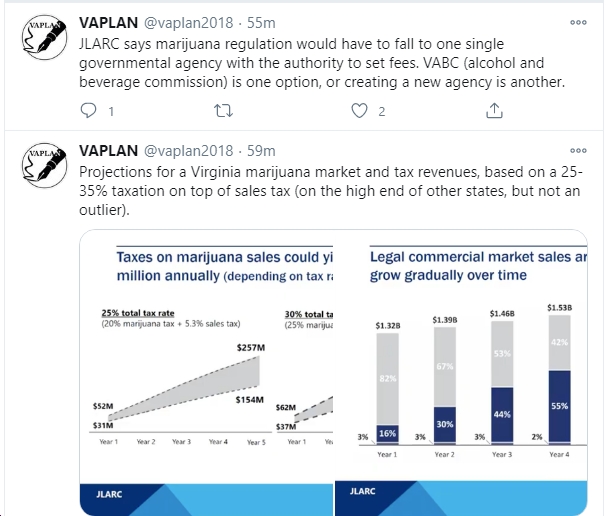 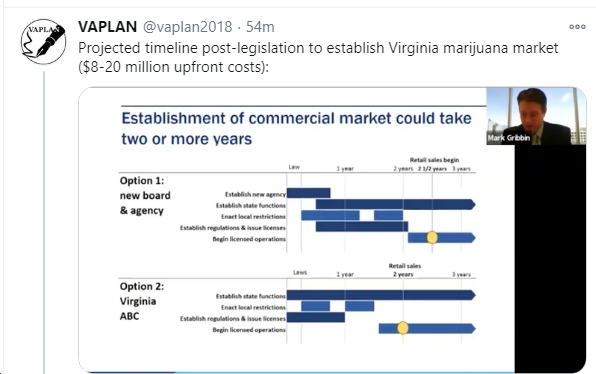