Given the COVID-19 pandemic, clearly the safest thing to do this Thanksgiving is to stay home. And clearly, based on this article and map from the NY Times, a lot of people are doing just that. On the flip side, unfortunately, plenty of other people are NOT restricting their Thanksgiving festivities to just their own household.

Nationwide, the survey found that only around 27 percent of Americans plan to dine with people outside their household…

But as the map illustrates, there is substantial regional variation in Thanksgiving plans, with people in some parts of the country much more likely to gather with others. In parts of Vermont, for example, only about 14 percent of households will be celebrating with people outside their household. In parts of Missouri, more than half of residents plan to.

So it’s kind of all over the place, with the NY Times article stating that “Party identification appears to explain much of the variation in Thanksgiving plans… Over all, survey respondents who identified as members of the Libertarian, Green or Republican parties were more likely to be planning a multi-household Thanksgiving than Democrats or those unaffiliated with a political party.” Yep, sadly, a freakin’ pandemic has been politicized, for absolutely no good reason, thanks in large part to the Trump administration. Which brings us to something we should all be thankful for this Thanksgiving: only 56 days until Joe Biden is sworn in as President! 🙂 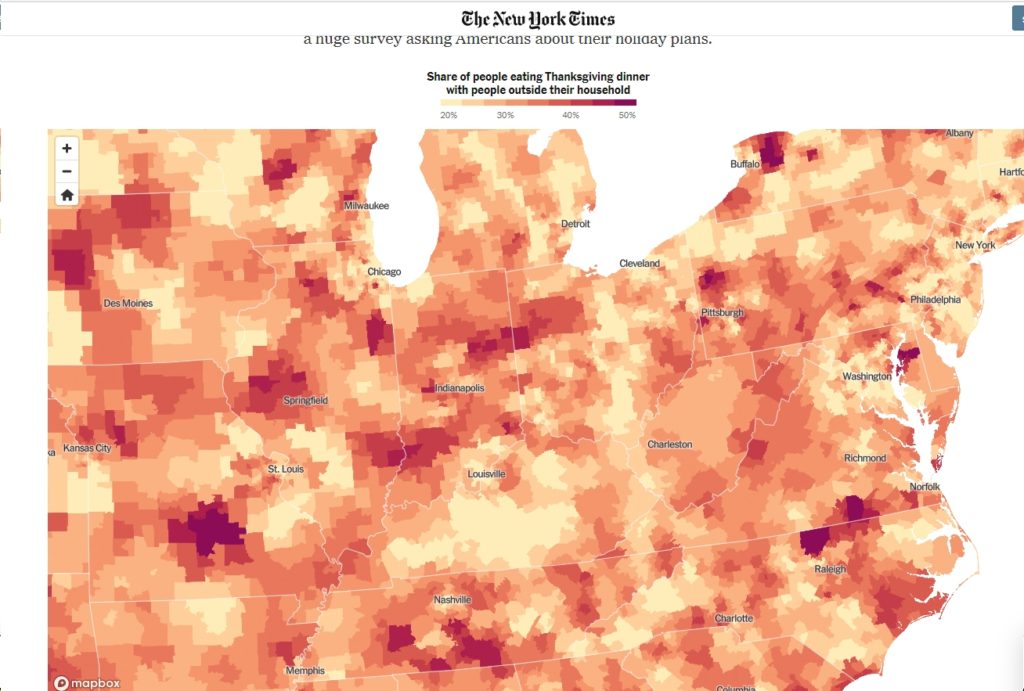